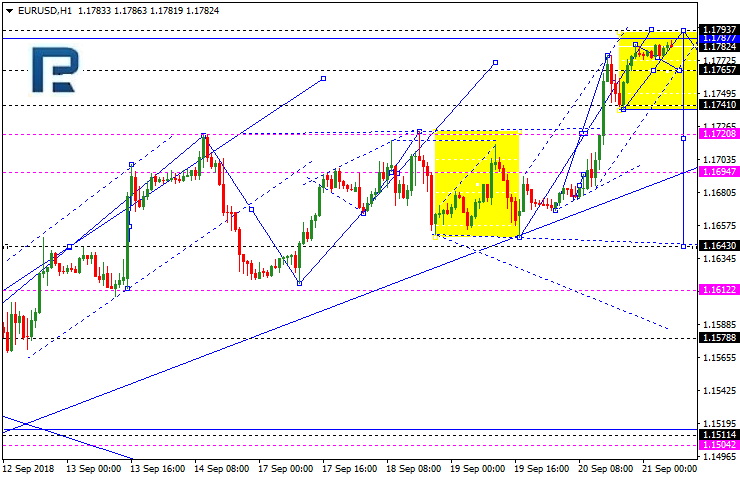 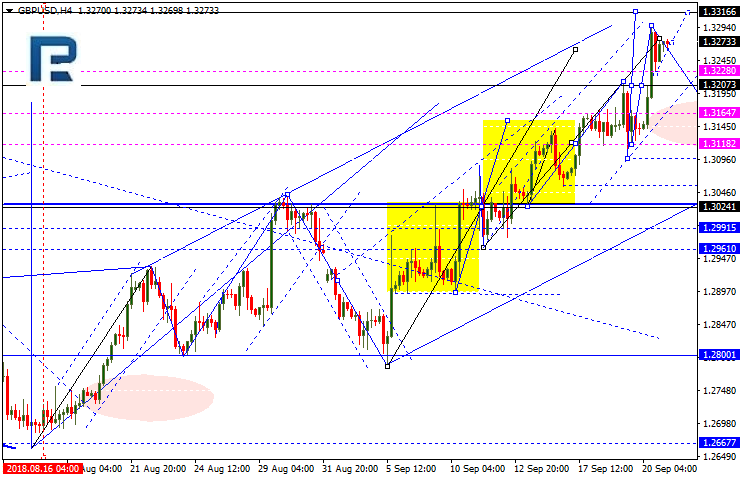 The USDCHF went below the consolidation range and is now downtrending at around 0.9570. Today, it may correct upwards to 0.9596, and then fall till 0.9570. After that, the pair is likely to rise, reaching 0.9666, which is going to be the first target. 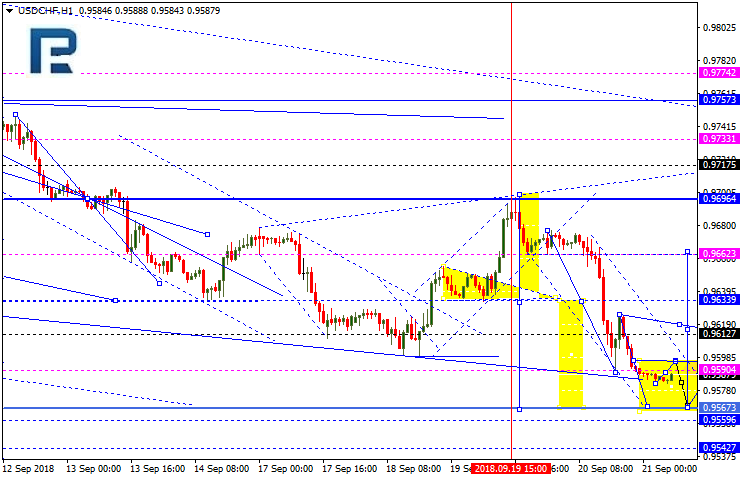 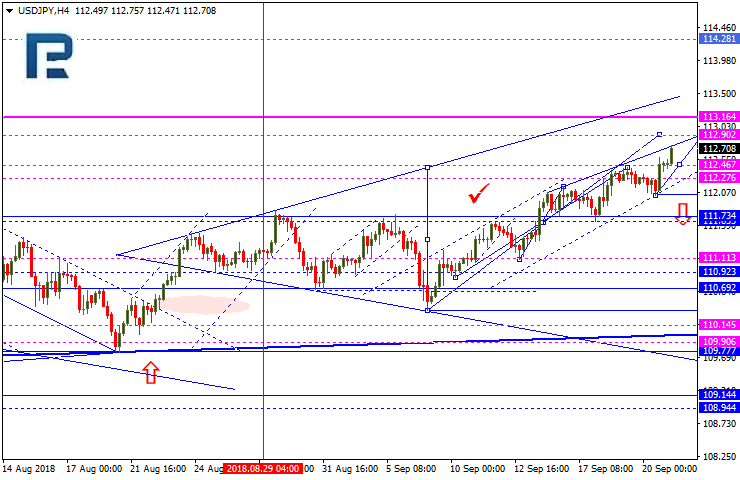 The USDAUD is being pushed upwards, and may soon reach 0.7320, but then is likely to fall till 0.7230, which is going to be the first target. 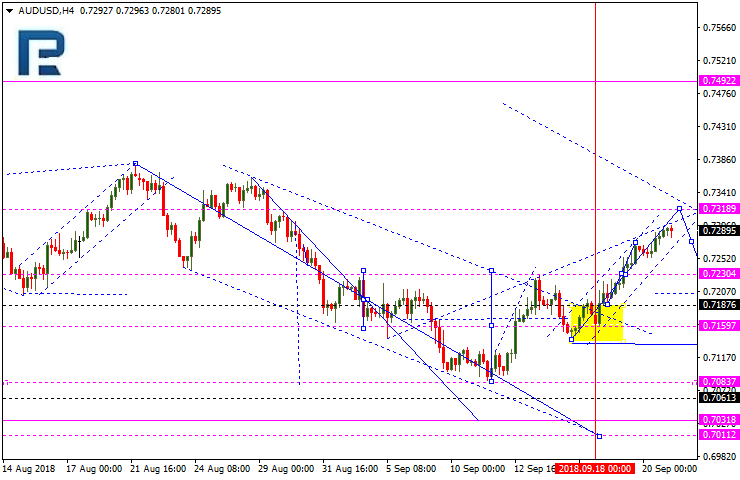 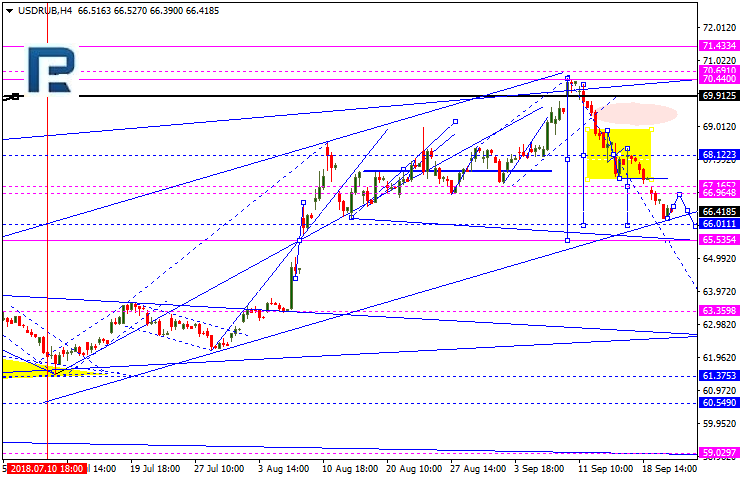 The yellow metal is no longer consolidating, and might reach $1,208. However, a more likely scenario is going down and reaching $1,186.20. 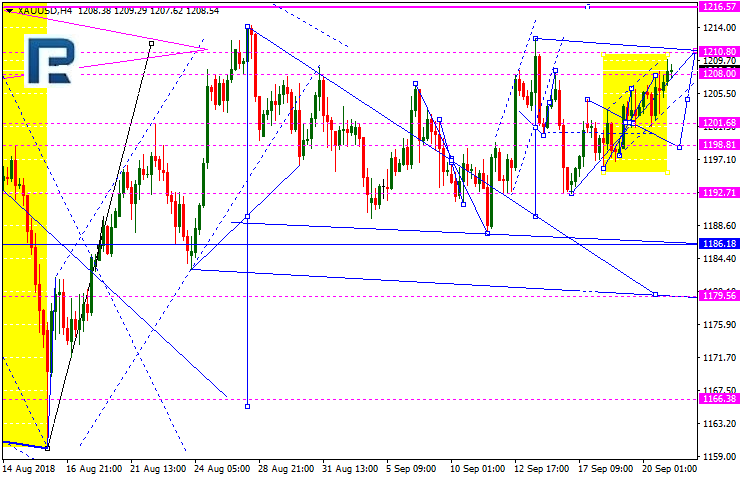 Brent crude is trading within a consolidation near $79.15. Today, the price is inside a rising pattern near the upper range boundary. If it continues rising, the price may go up towards $80.50, which is a local target. In case it breaks out the range and goes down, the price may correct to 78.00, but then again is likely to take $80.50. 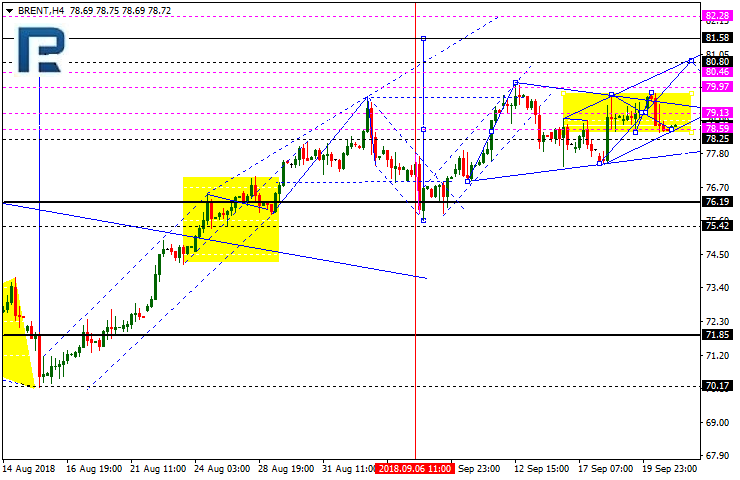