It looks like Eurodollar completed its correction and right now is starting new descending movement towards the group of lower fibo levels at 1.3665. If later pair rebounds from it, price may start new and deeper correction. 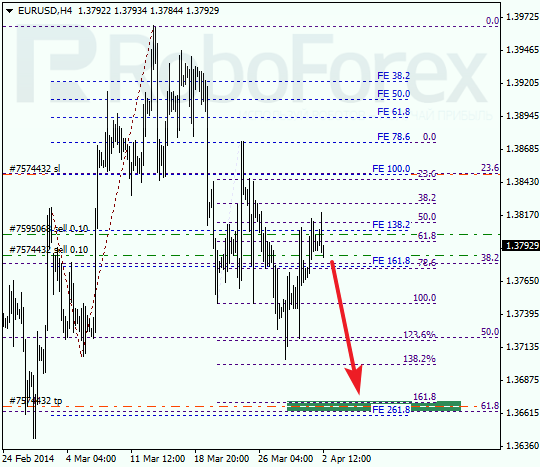 As we can see at H1 chart, pair rebounded from local correctional level of 61.8% one again. I’ve got two sell orders, and if price continues falling down, I’ll move stop into the black. According to analysis of temporary fibo-zones, lower target levels may be reached until the end of the week. 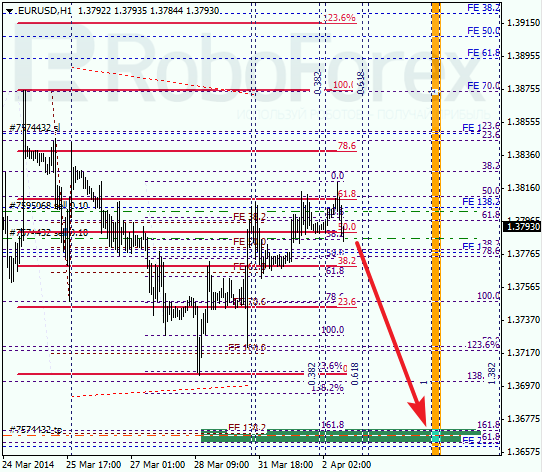 At H4 chart, bulls are returning to the market. Probably, price is starting new ascending movement and may break maximum quite soon. Target is still near the group of upper fibo levels at 0.8930. 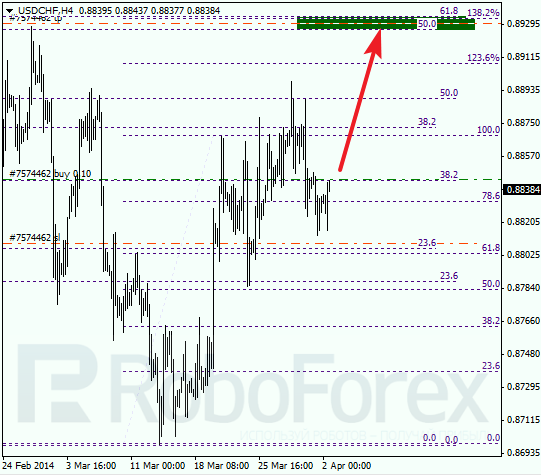 As we can see at H1 chart, pair is moving above local level of 61.8% again. I’ll increase my long position as soon as market breaks level of 38.2 upwards. According to analysis of temporary fibo-zones, predicted targets may be reached during the next couple of days. 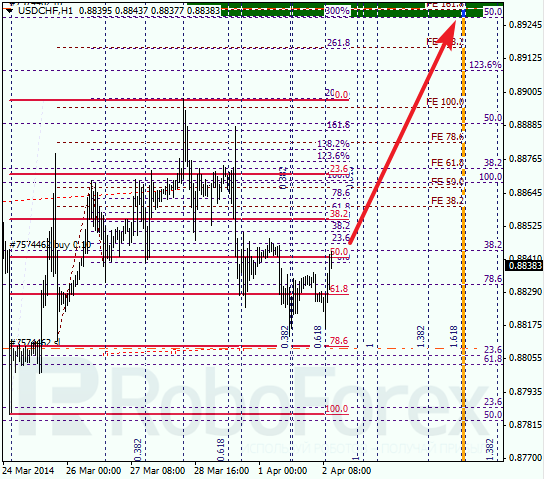