Eurodollar is still moving inside ascending channel. In the near term, correction may yet continue towards local level of 38.2%. If price rebounds from it, pair is expected to start growing up again towards upper fibo-levels. 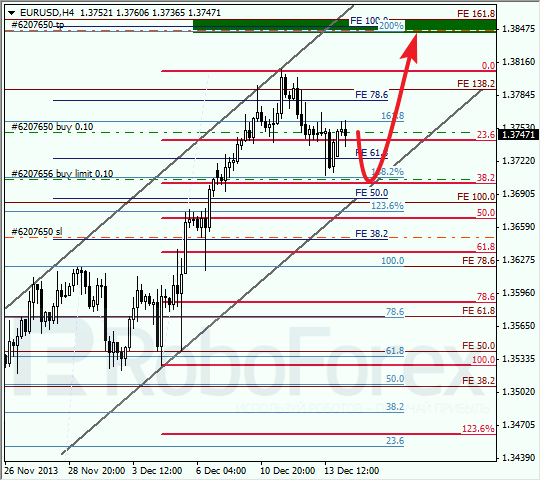 At H1 chart, near level of 38.2% we can see several additional fibo-levels, which means that current correction may compete. According to analysis of temporary fibo-zones, lower target levels may be reached during Tuesday. 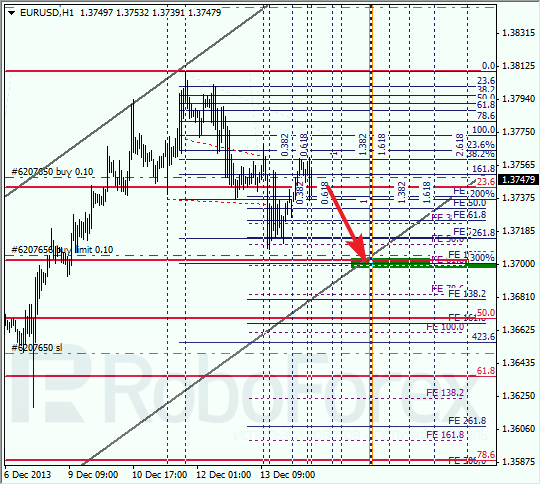 Franc is also still being corrected. During local pullback, I opened short-term buy order with target at level of 38.2%. If later pair breaks it, main trend may reverse downwards. 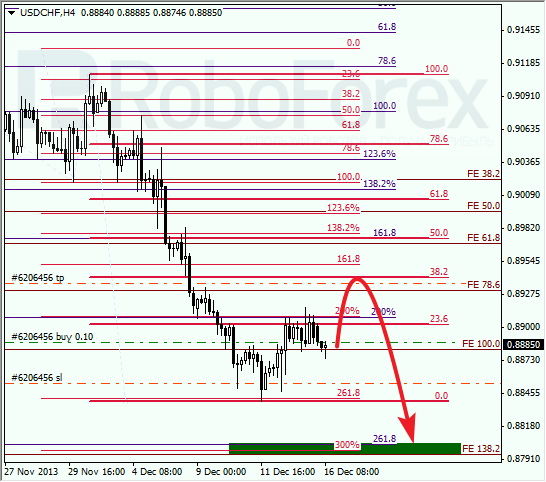 At H1 chart, Franc is about to finish local correction. Most likely, during the day price will start moving towards short-term bullish targets. According to analysis of temporary fibo-zones, pair may rebound from upper levels tomorrow. 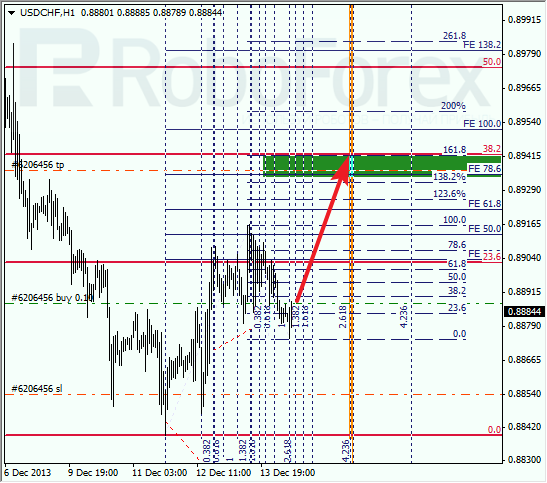