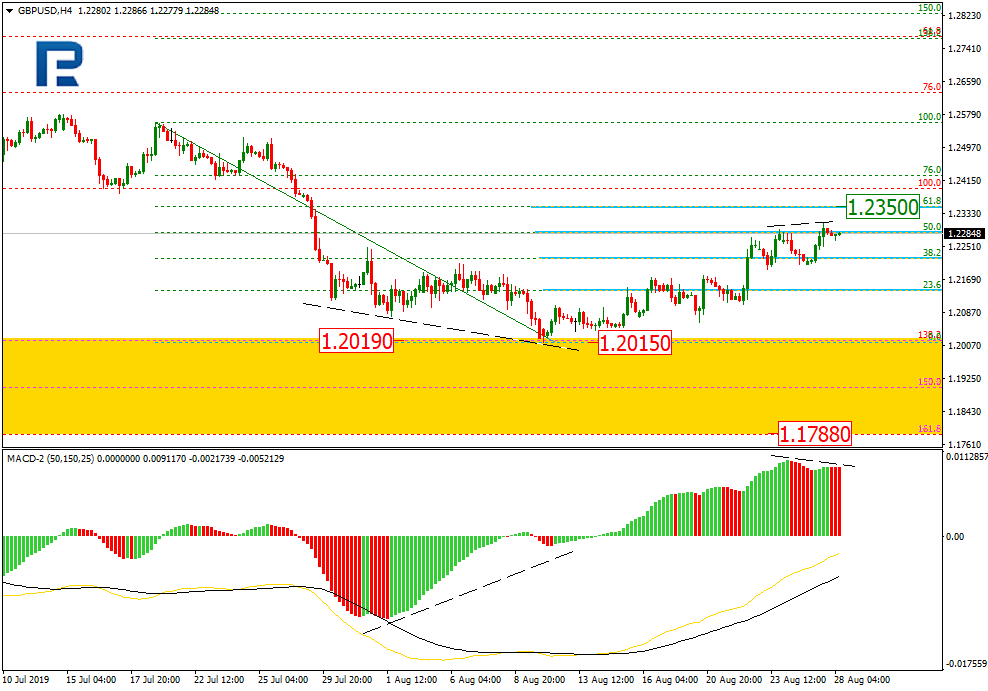 More detailed structure of the current correction is shown on the H1 chart. Right now, the pair is re-testing 50.0% fibo. Later, the market may continue moving towards 61.8% fibo at 1.2350. At the same time, there is a divergence within the uptrend on MACD, which may indicate a forthcoming reverse. 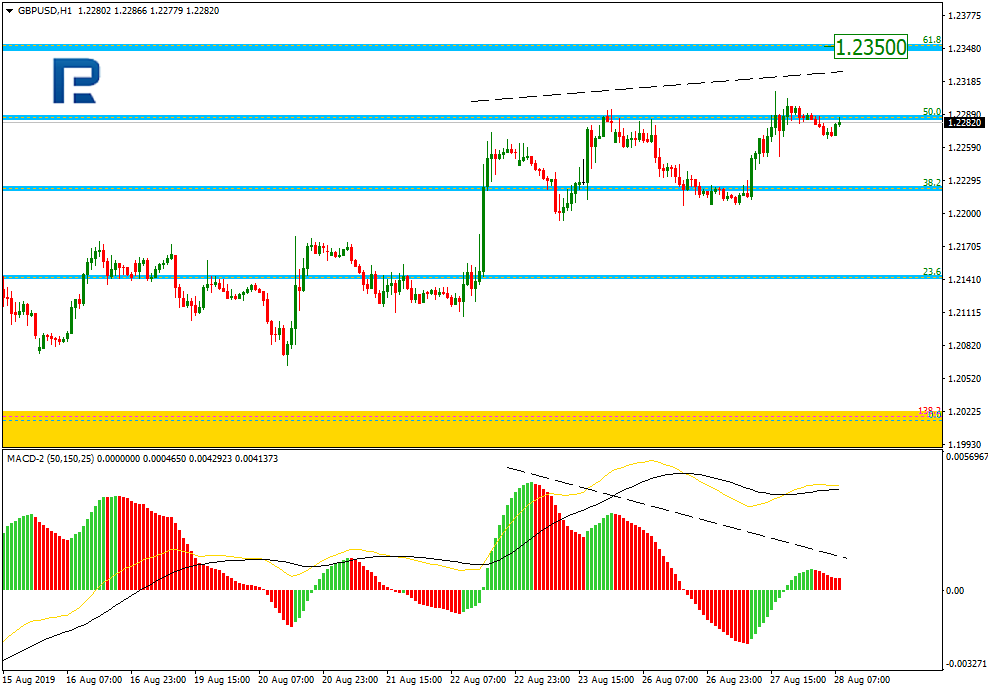 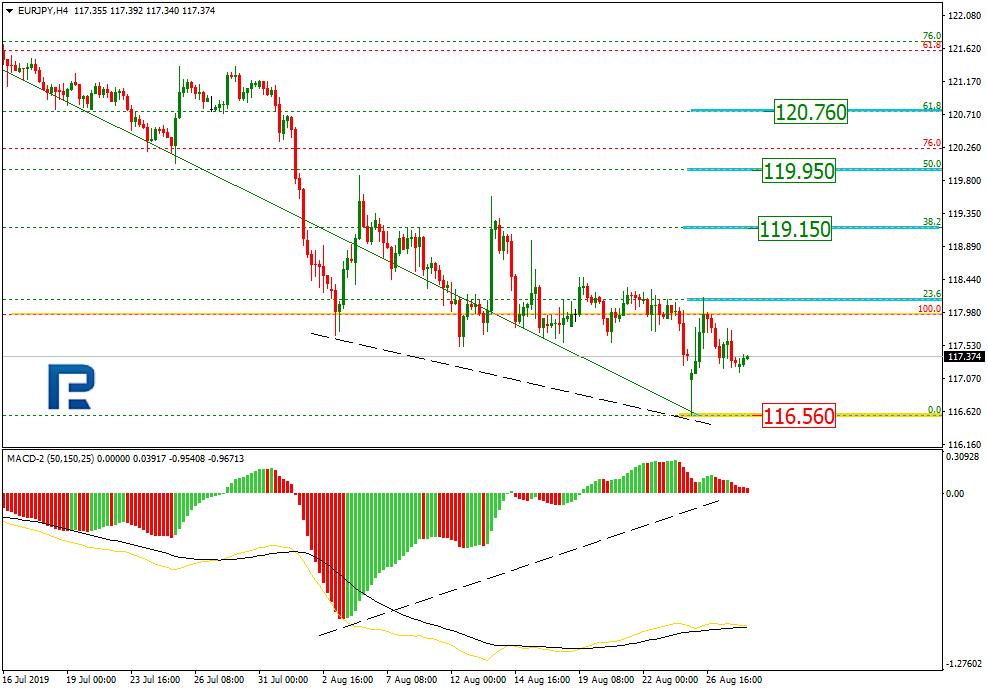 In the H1 chart, after completing the rising impulse, the pair is correcting to the downside and has already reached 61.8% fibo. Later, the market may continue the correction towards 76.0% fibo at 116.95. 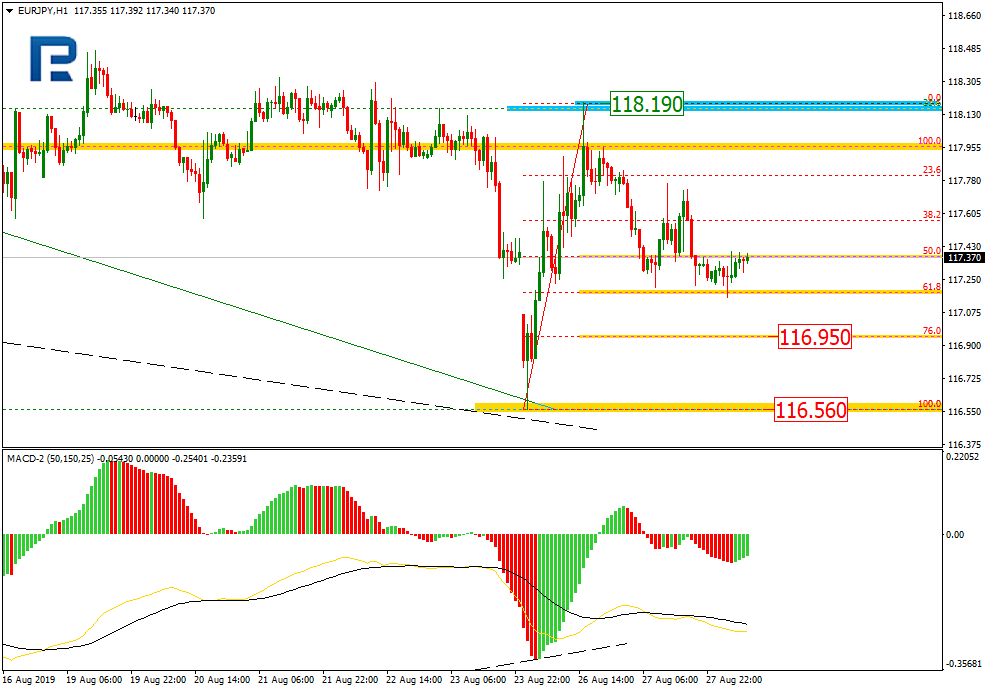