Eurodollar is still moving downwards; it has already broken its minimum. Main target is still near the group of lower fibo levels at 1.3665. If later pair rebounds from these levels, market may start new correction. 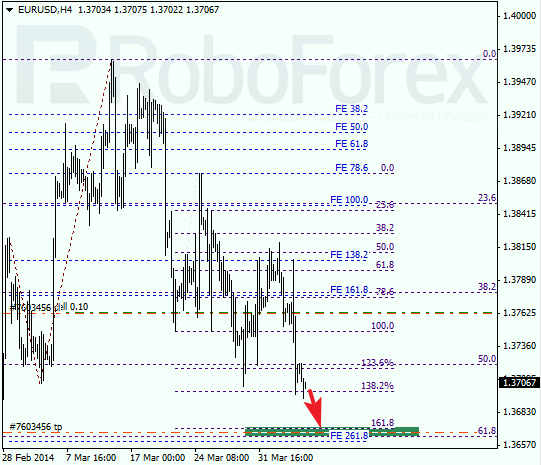 As we can see at H1 chart, market is moving near temporary fibo-zone. Most likely, lower target levels will be reached during Friday. If bears are strong enough to make final descending movement and break local maximum, I’ll close my order. 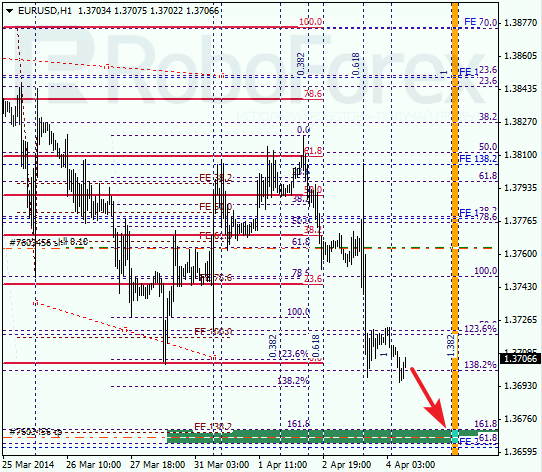 Franc has already reach the group of upper fibo levels and Take Profit on my buy order worked. Right now, I’m out of the market, because of possibility of new correction. However, instrument may consolidate for a while inside is current trading range. 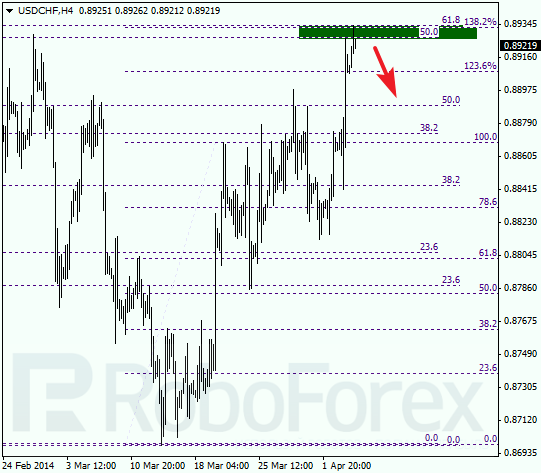 As we can see at H1 chart, market reached its upper target levels earlier than I expected according to analysis of temporary fibo-zones. That’s why, during Friday price may form flat. On the other hand, if pair breaks target levels upwards, I think I’ll start buying again. 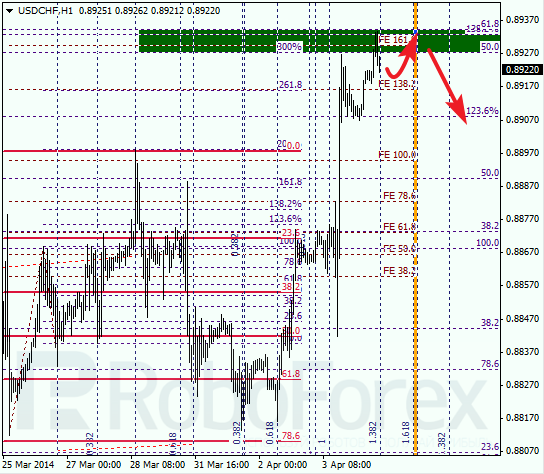