The EUR/USD currency pair continues forming an ascending wave. The target is at the level of 1.3500, which is also considered as a target level of the third wave. Later, in my opinion, the pair may start a correction to return to the level of 1.3080. In order to do that, the pair has to form a pivot point and form a reversal pattern. 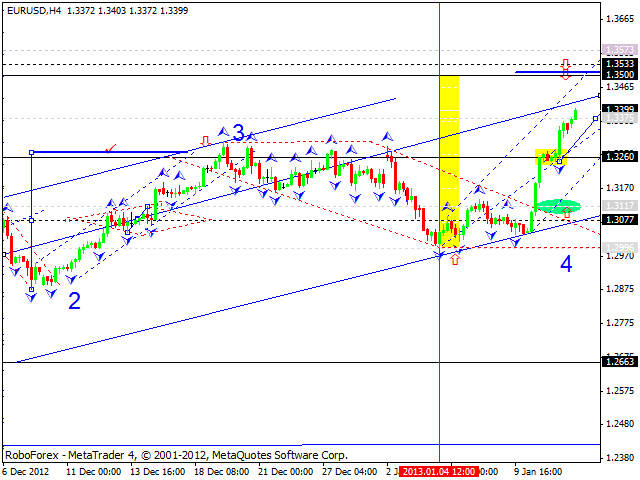 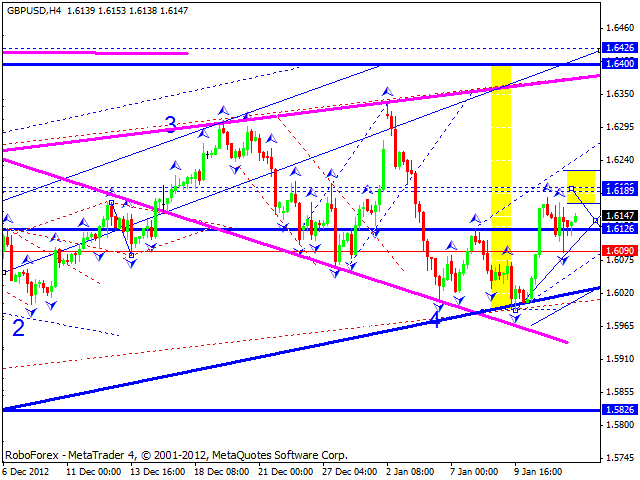 The USD/CHF currency pair is still forming the fifth wave, the market now is right in the middle of it. The price formed a consolidation pattern with the center at 0.9140. I think today the pair may renew the minimums reached last Friday and continue falling down. The target of this wave is at 0.8980. After reaching new minimums, the price may start a new consolidation near the level of 0.960. I expect no corrections during this descending movement. 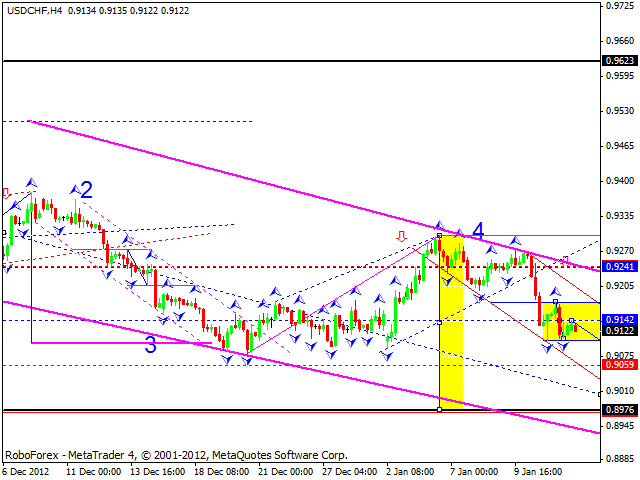 The USD/JPY currency pair continues moving upwards; the market formed a continuation pattern near the level of 87. So, I think, the price may continue growing without forming any corrections. Another consolidation may take place at the level of 90, and the next one at 92.50. 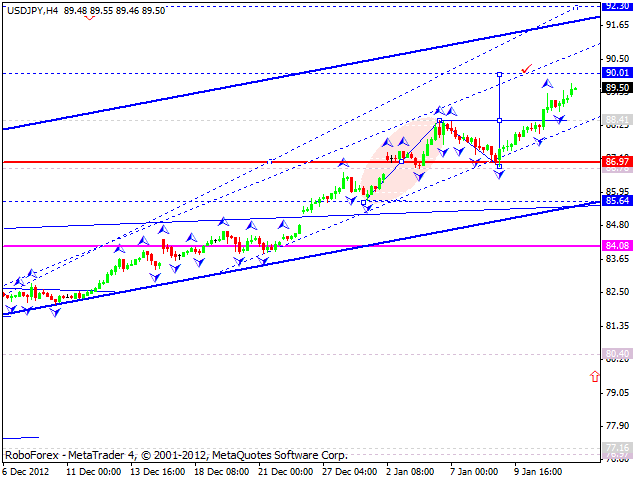 Australian Dollar continues forming an ascending structure; the market returned to the level of 1.0550 to test it from above. I think today the pair may continue growing up to reach new maximums and then break the target at 1.0605. Later, in my opinion, the price may return to the current levels and start a new ascending movement to reach the target at 1.0700. 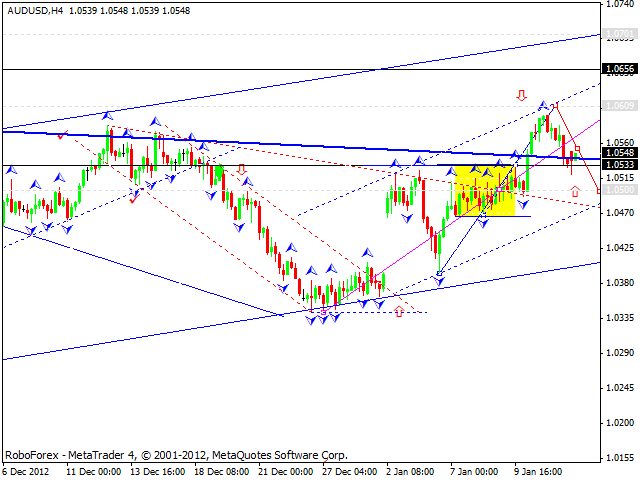 Gold continues moving upwards and forming the third wave with the target at 1690. The market returned to the broken level of 1.665 and stated forming another ascending structure. Today, in my opinion, the instrument may consolidate for a while near the level of 1670, return to the level of 1650, and then continue moving towards the main target. 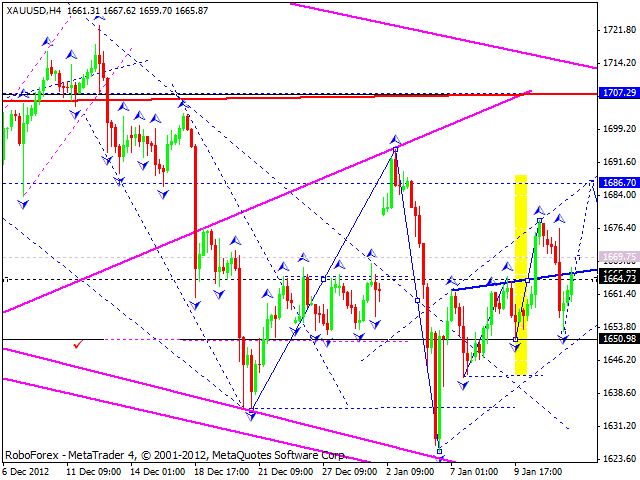