The EUR/USD currency pair is consolidating inside a narrow trading range. I think today the price may expand this range either upwards or downwards. The main scenario implies that the pair may reach the target at 1.3340 and then return to level of 1.3470. Currently the market is forming the third descending wave. It’s very important now to form a pivot point and a reversal pattern to start a new ascending movement. 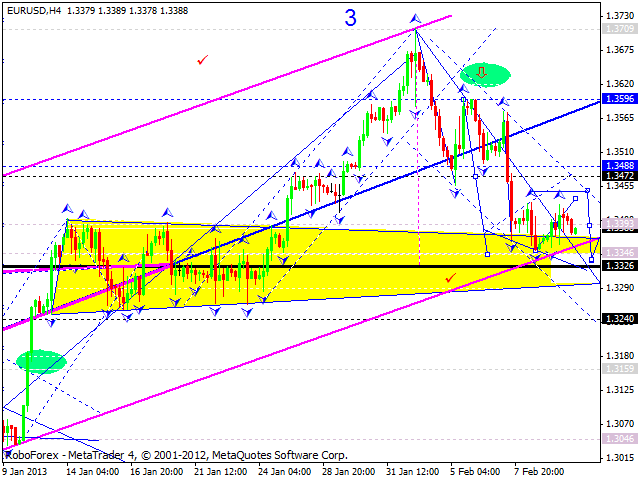 The GBP/USD currency pair reached the lower border of diamond pattern. I think today the price may form a new ascending structure towards the pattern’s upper border near the level of 1.5810. Later, in my opinion, the pair may start a consolidation and break the channel’s upper border. The first target will be at 1.6000. 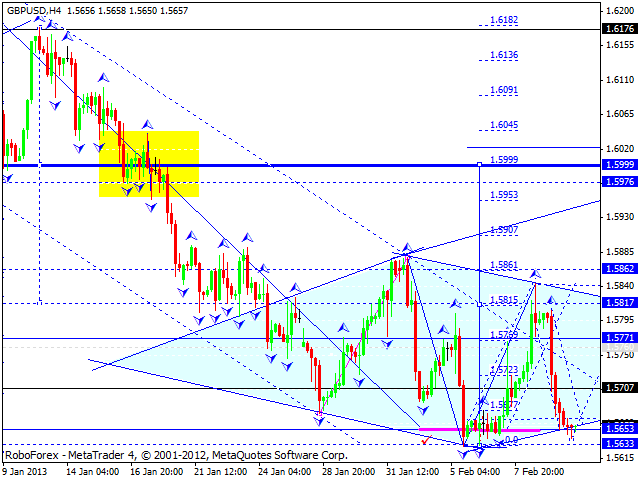 The USD/CHF currency pair is still consolidating near its maximums; this consolidation near the level of 0.9180 may continue. I think this structure may continue growing up without any corrections. The target of the growth is at 0.9335. Later, in my opinion, the price may continue forming a descending wave. 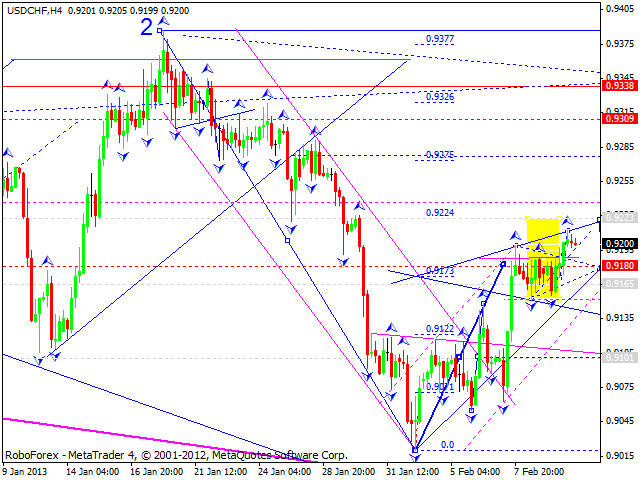 The USD/JPY currency pair continues moving upwards; the market formed another continuation pattern. I think today the price may reach the level of 94.90. Right now the market is testing the upper border of the ascending channel. In my opinion, the pair is expected to form a sideways correctional structure and fall down towards the level of 93. 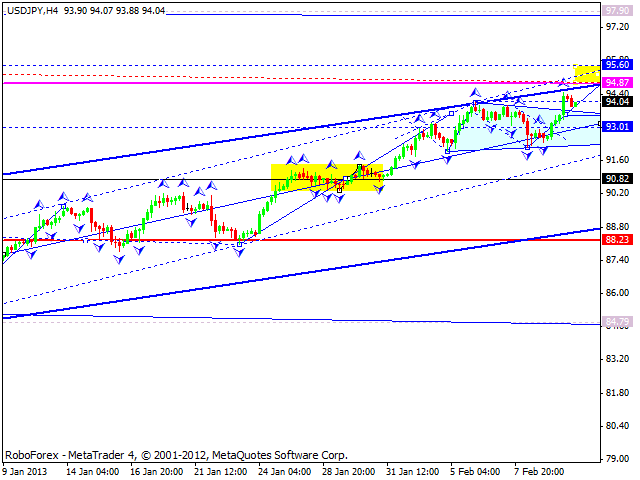 Australian Dollar continues moving downwards. The ascending impulse formed earlier may be considered as a correction. I think today the price may reach the level of 1.0235 and only after that the market may form some kind of a reversal pattern to start a new ascending movement. The target is at 1.0415. 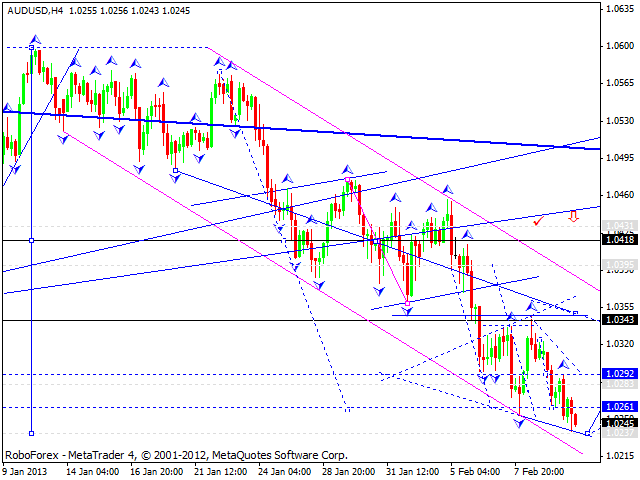 Gold reached its targets, just as I expected, and then formed a continuation pattern. I think today the instrument may reach the level of 1640 and then form a reversal pattern to move upwards. The next target is at 1707. 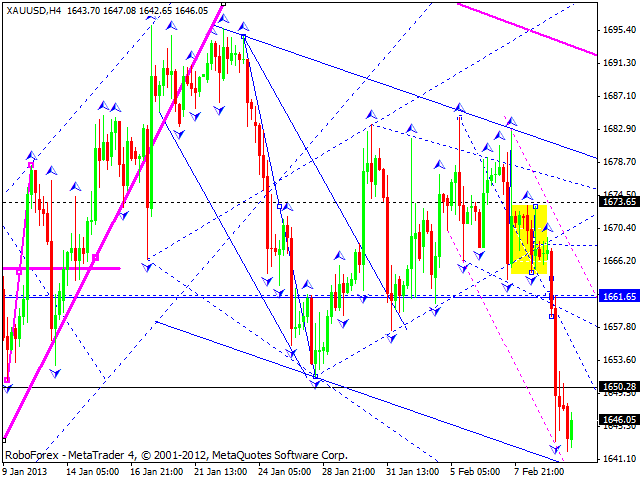