The EUR/USD currency pair couldn’t form an appropriate structure for a pivot point so far; the price reached a new minimum. In my opinion, the price is expected to start a new ascending structure; the market has already formed one impulse and may form two more. I should note that the pair finished its descending movement and right now is looking for a level to make a reverse. I think today price may consolidate near its minimums for a while and then start forming the fifth wave with the target at 1.4100. 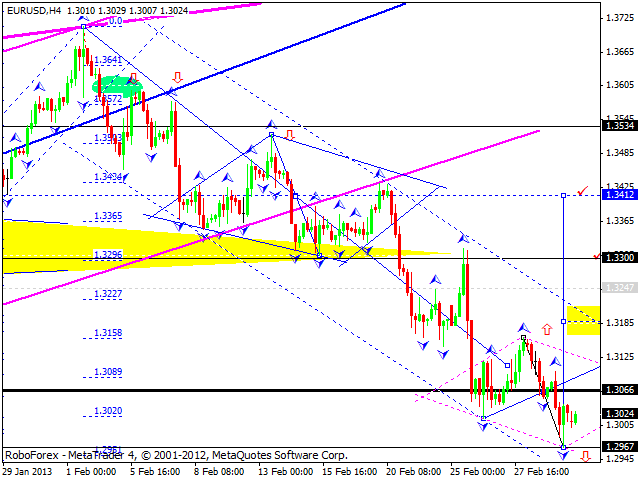 The GBP/USD currency pair renewed its minimums, left the consolidation channel downwards, and reached its targets. I think today the price may return to 1.5150; the structure of this ascending movement may be considered as a five-wave one. After the pair completes this ascending structure, there may be two possible scenarios. According to the main scenario the price may return to the level of 1.5750; an alternative one implies that the pair may renew its minimum one more time. 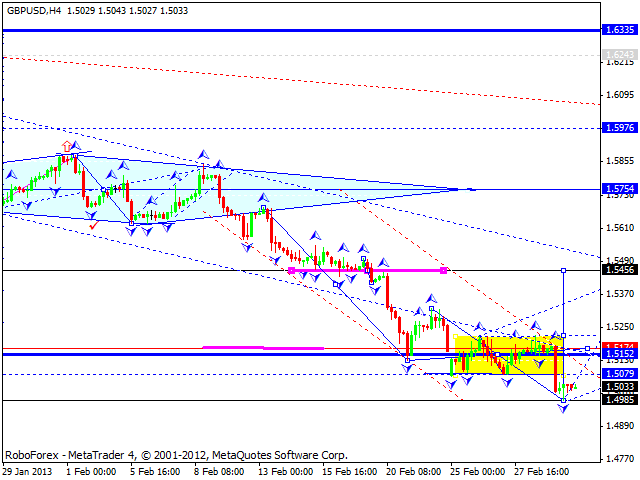 The USD/CHF currency pair renewed its maximums, which means that the price may start forming the fifth structure inside this ascending wave. However, the structure of this last movement implies that the pair may fall down towards the level of 0.9365 and then reach a new top. Later, in my opinion, the price may start forming a reversal structure for a new descending movement with the first target at the level of 0.9240. 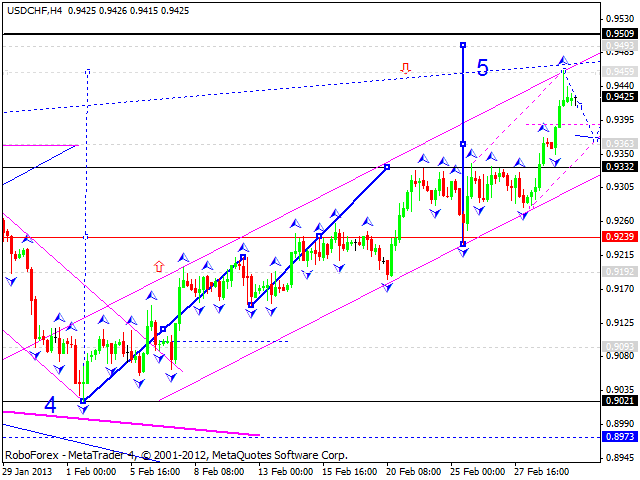 The USD/JPY currency pair continues moving upwards. I think today the price may break the level of 94 and continue growing up to break the target at 95. Later, in my opinion, the pair may test this level from above and move upwards to reach the main target of the whole structure at 97. 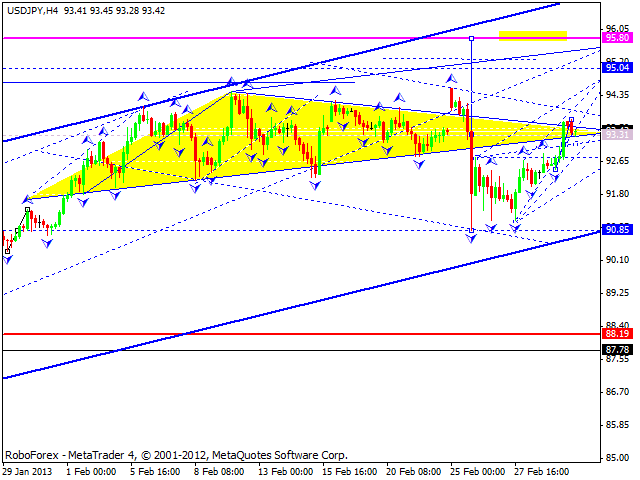 Australian Dollar continues moving downwards; the price has reached the target of the current structure at the level of 1.0130. I think today the pair may return to the level of 1.0200 to test it from below and then continue falling down. The next target will be at 1.0025. 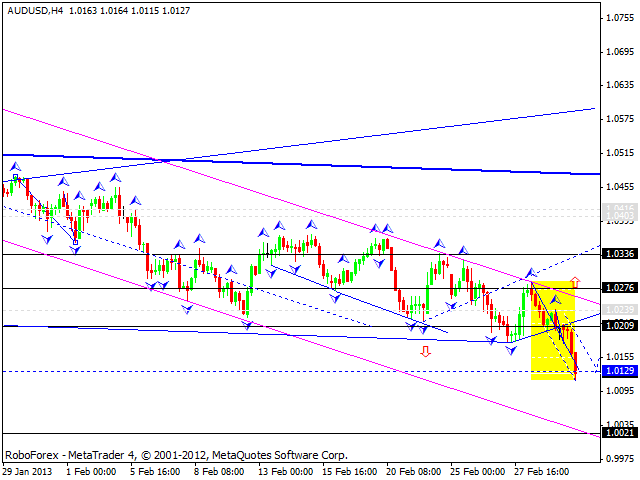 Gold is forming an ascending correction. I think today the instrument may continue forming the third ascending structure with a local target at the level of 1608. The target of this correction is at 1660. 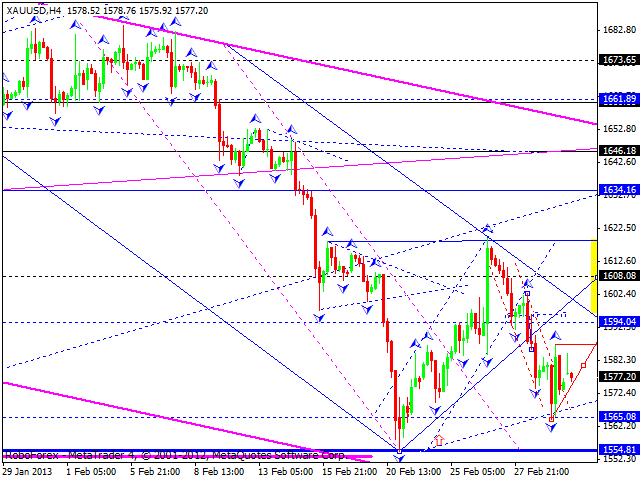