The currency pair is trading without any pronounced trend around 1.1872. We expect a decline to 1.1846, followed by growth to 1.1872 (a test from below). Then a decline to 1.1838 should follow. Here the correction will come to its end. Then another structure of growth to 1.1922 is likely to begin. 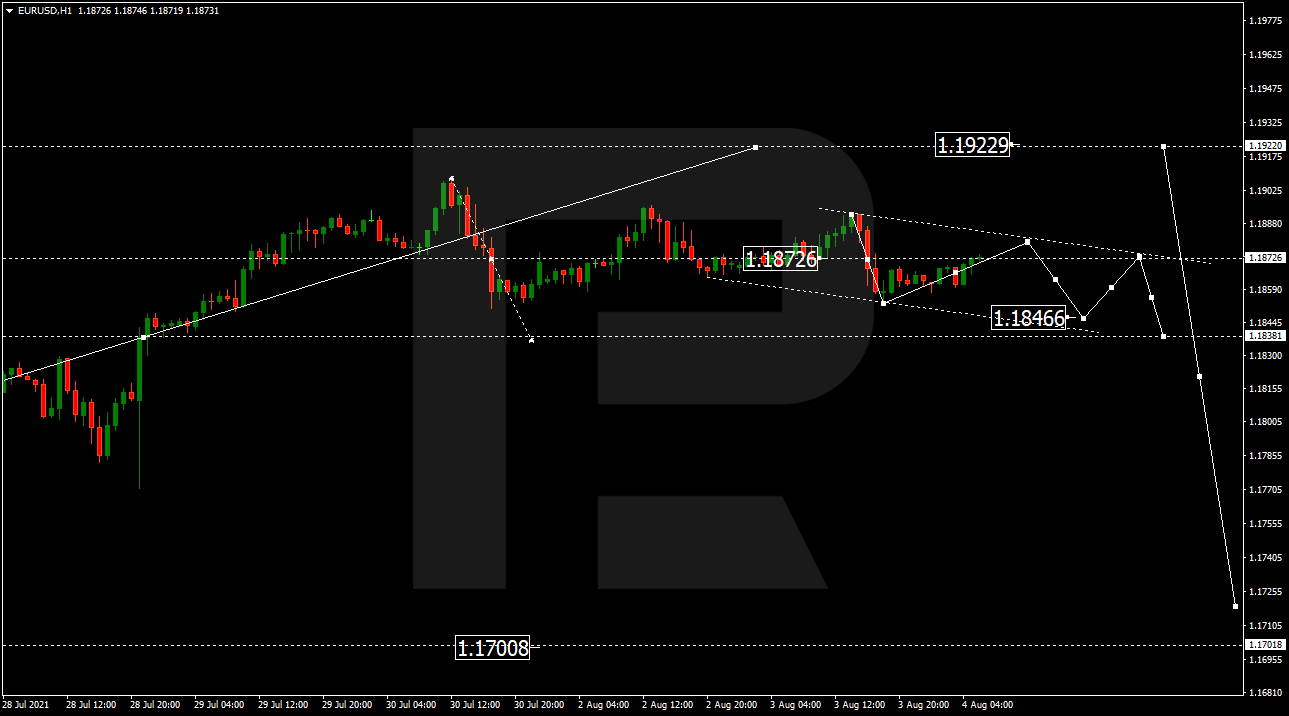 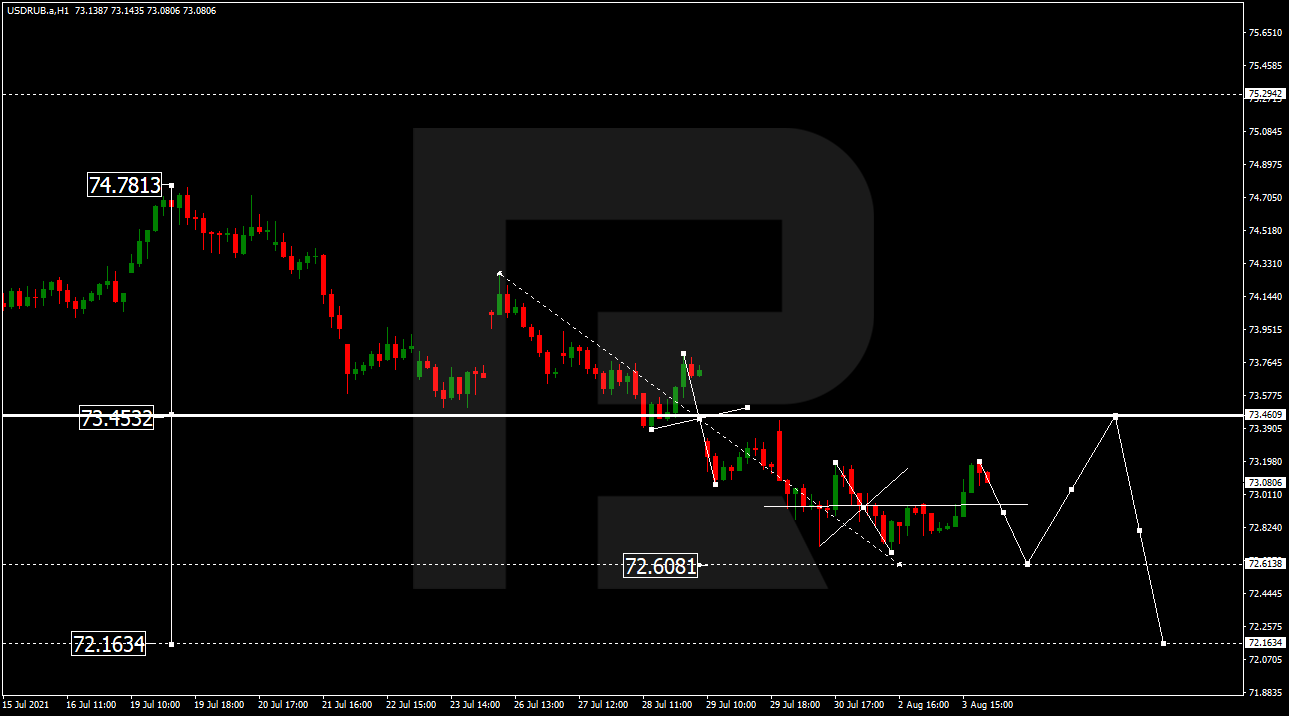 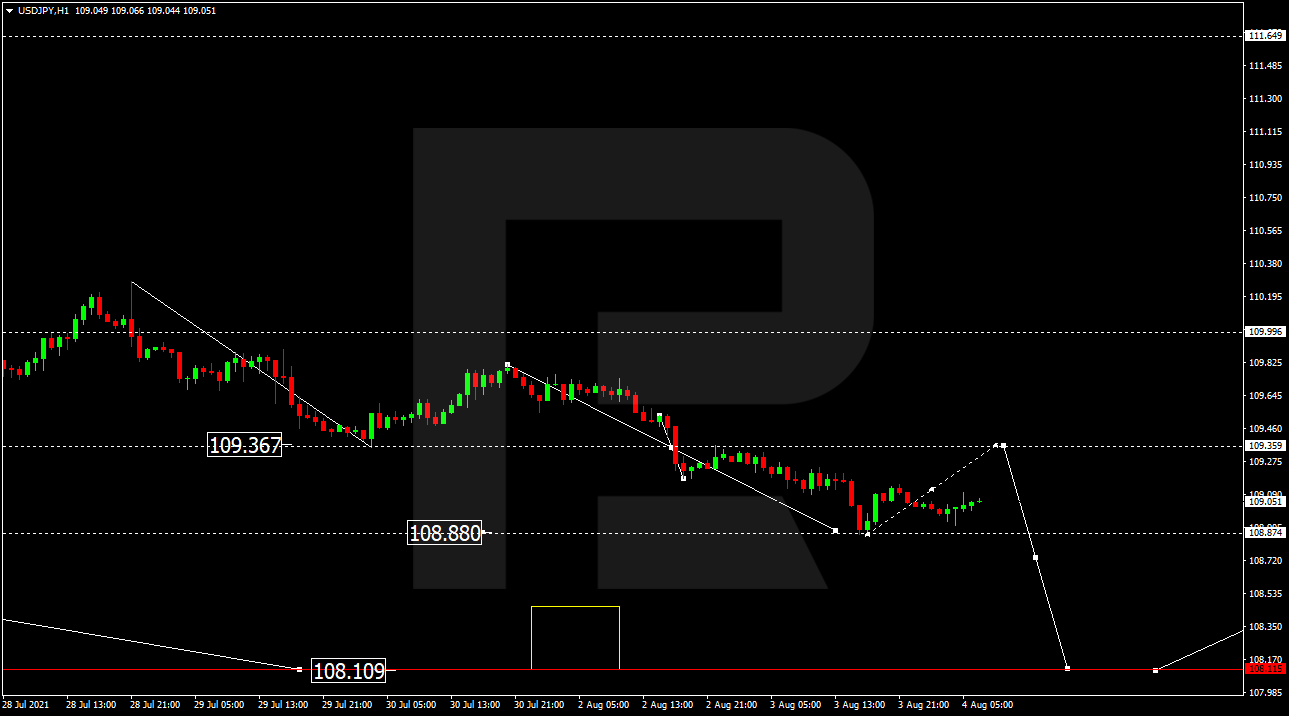 The currency pair keeps developing a consolidation range around 0.9050. Another structure of decline to 0.9005 is not excluded either, followed by growth to 0.9100. 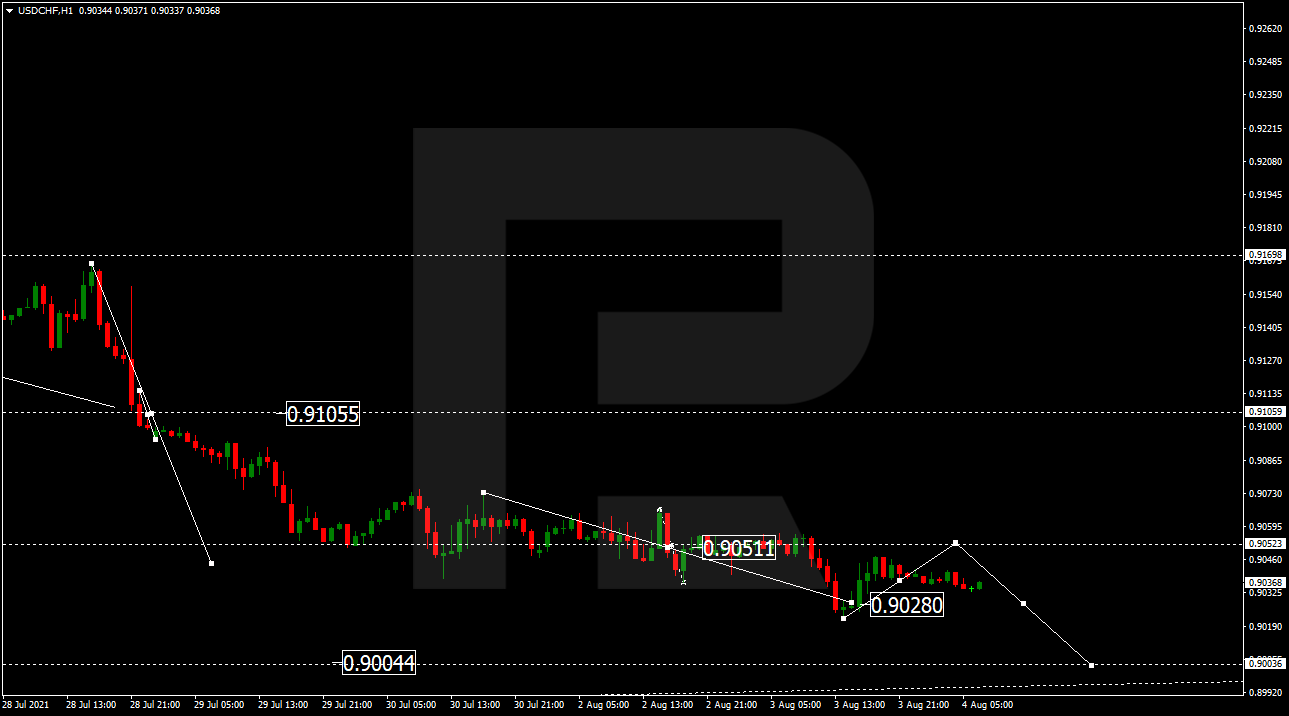 The currency pair keeps developing a correction to 0.7440. Then we expect a decline to 0.7272. After a breakaway of this level downwards, we expect the trend to continue to 0.7200. 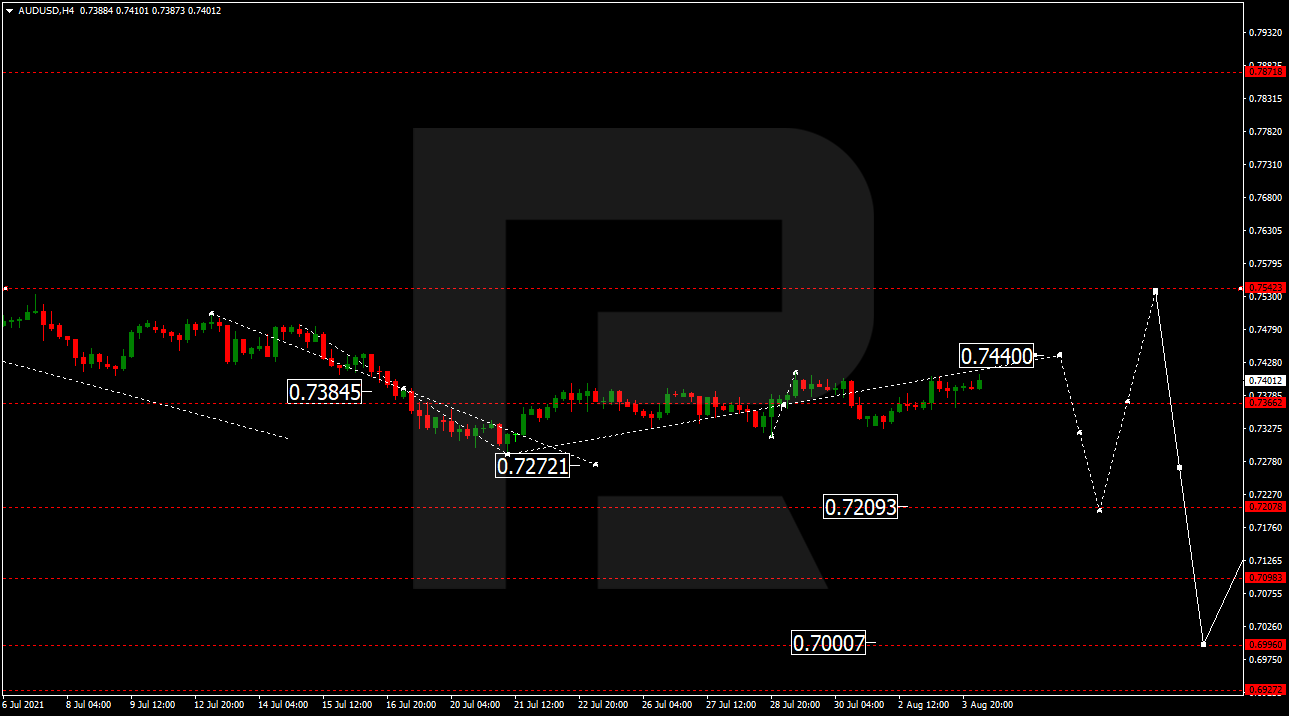 Oil is forming a consolidation range around 73.00. Today we expect it to escape the range upwards. The goal is at 74.50. After this level is broken away upwards, a pathway to 77.33 will open. And this is just a half of the potential of this structure. The main goal of the growth is 83.00. 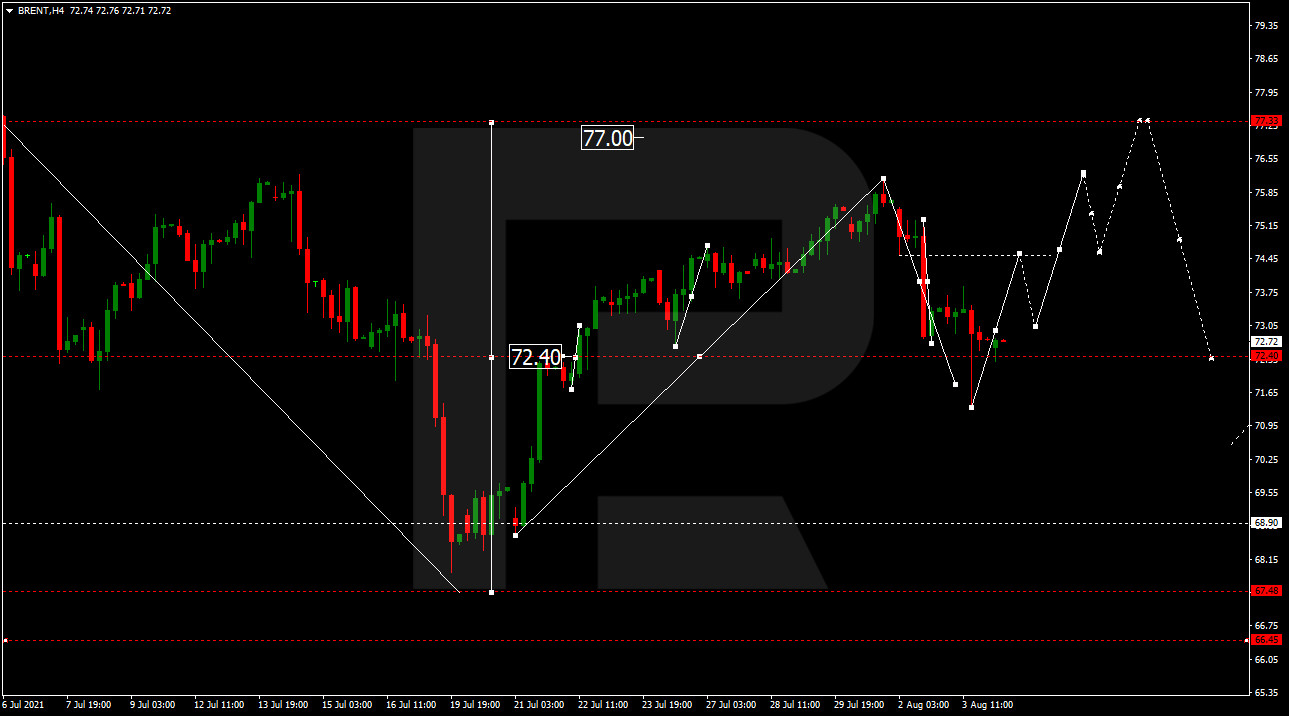 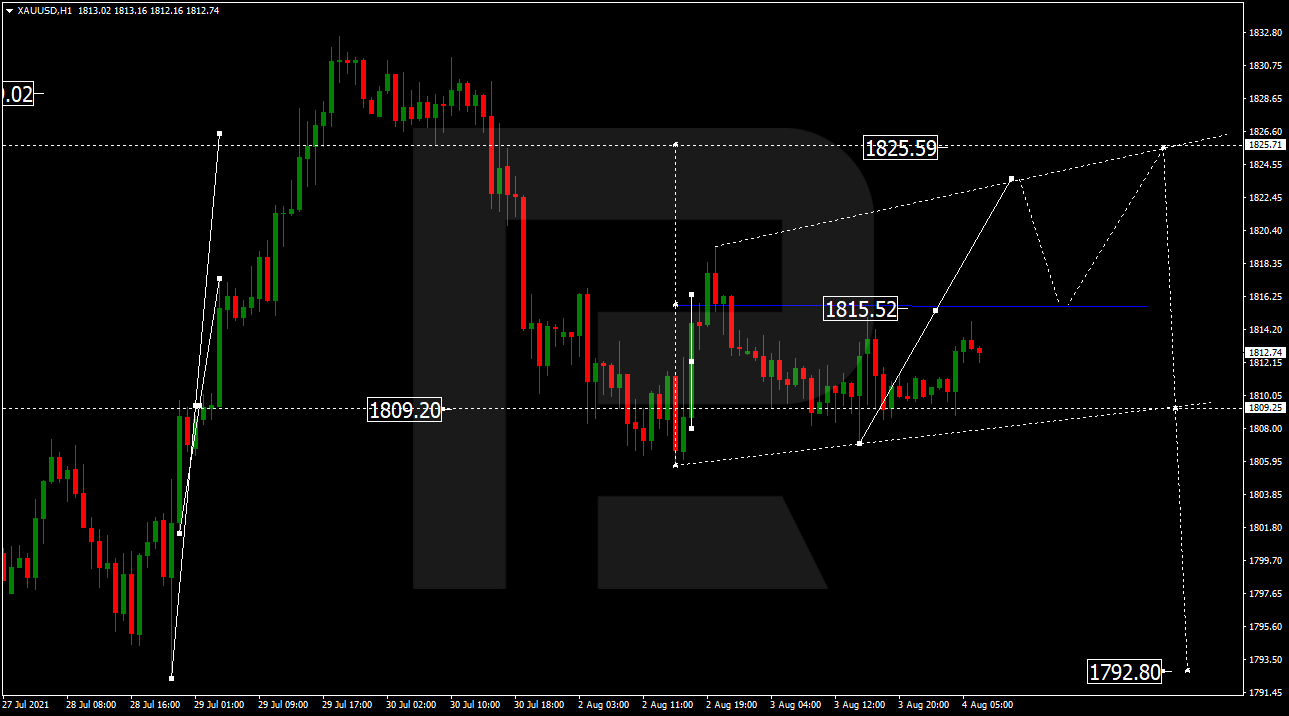 The stock index is trading in a narrow consolidation range around 4400.0. With an escape upwards, a wave of growth might rise to 4500.5. With an escape downwards, a link of correction to 4500.5 might form. The scenario with growth is more probable. 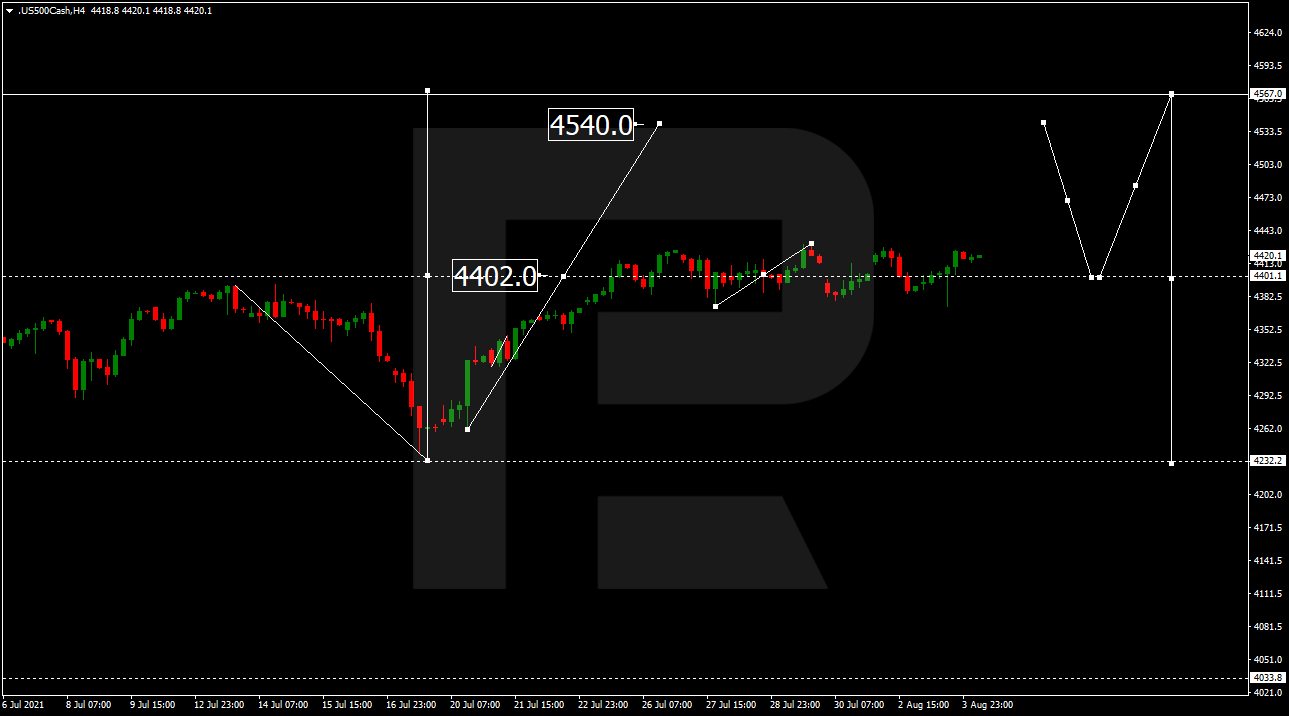