The EUR/USD currency pair tried to continue an ascending movement, but was able to reach only the level of 1.3065 and then started a correction. The target of this correction is at 1.2880. Later, in our opinion, after this correction, the pair may form one more ascending structure to reach a new maximum. 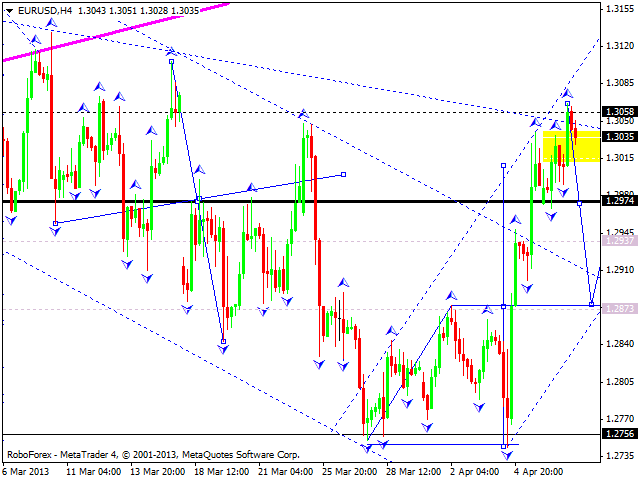 The GBP/USD currency pair is still being corrected; the target of this correction is at 1.5160. Later, in our opinion, the price may start a new ascending structure towards the level of 1.5400. 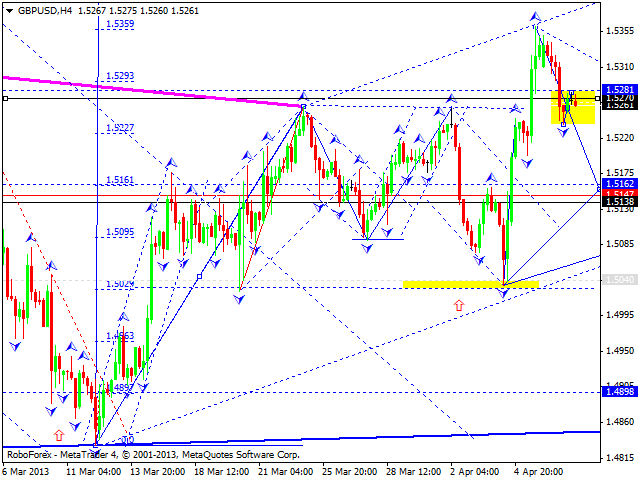 The USD/CHF currency pair is still consolidating near its maximums. We think today the price may move upwards, return to the level of 0.9420, and then start a new descending structure towards the target at 0.9285. 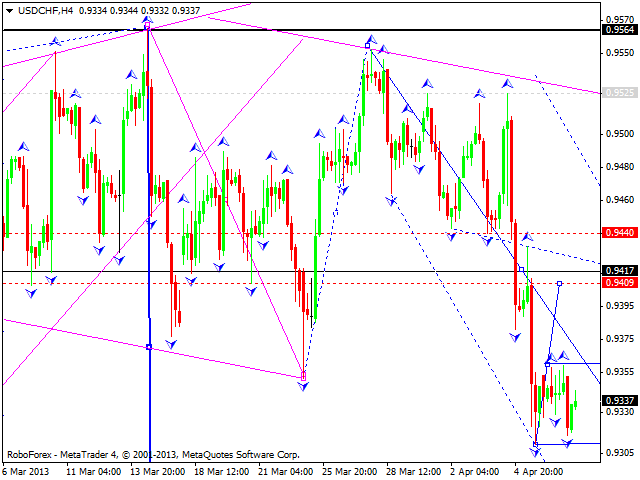 The USD/JPY currency pair reached the target at 99.60, which is a local target for this wave. We think today the price may start a correction to eliminate the gap (up to the level of 98). Later, in our opinion, the pair may grow up to reach the level of 99.90 once again and then start forming a pivot point for a reverse. 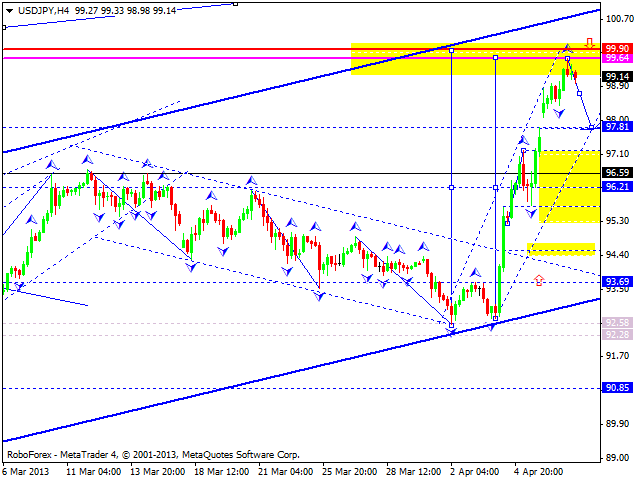 Australian Dollar completed a correction towards the previous descending wave. We think today the price may form another descending structure towards the target at 1.0280. Later, in our opinion, the pair may consolidate for a while and then continue falling down. 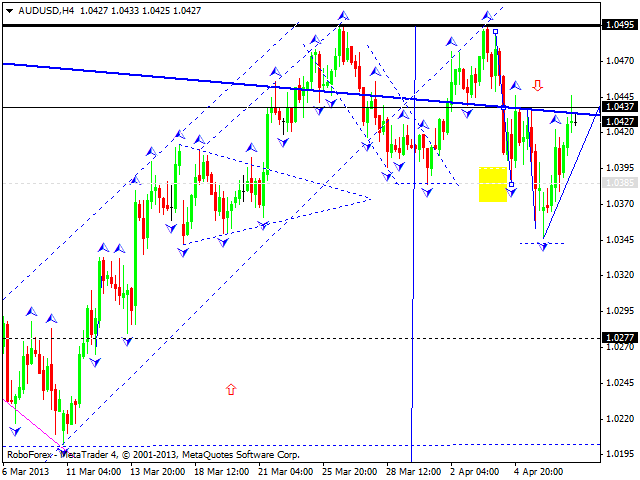 Gold broke its descending channel and right now is forming the first ascending wave. We think today the price may form a new descending correction towards the level of 1565 and then start another ascending structure to reach the target at 1600. Later, in our opinion, the instrument may start a more serious correction. 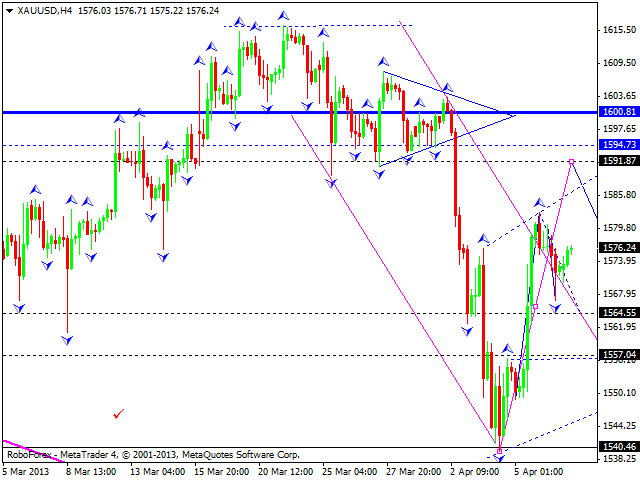