Euro started forming first descending impulses. We think, today the price may form the third one. Judging by the structure of this movement, we shouldn’t expect a deep correction. Later, in our opinion, the pair may reach a new maximum and then start moving downwards to reach the target at 1.3417. 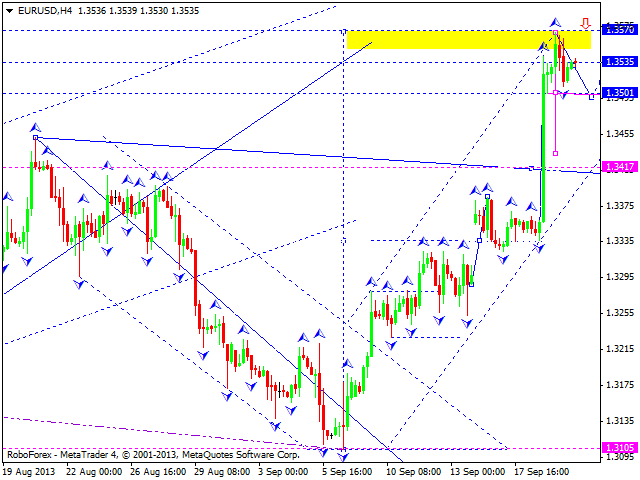 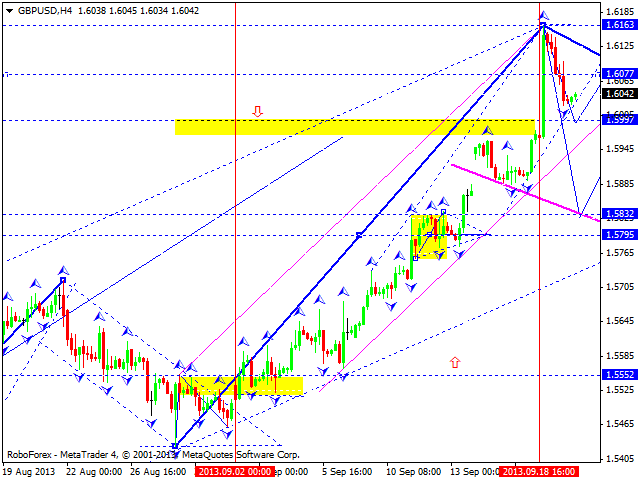 Franc is still consolidating near its minimums; the market hasn’t been able to form a reversal pattern yet. We think, today the price may reach a new minimum and then start a new correction. 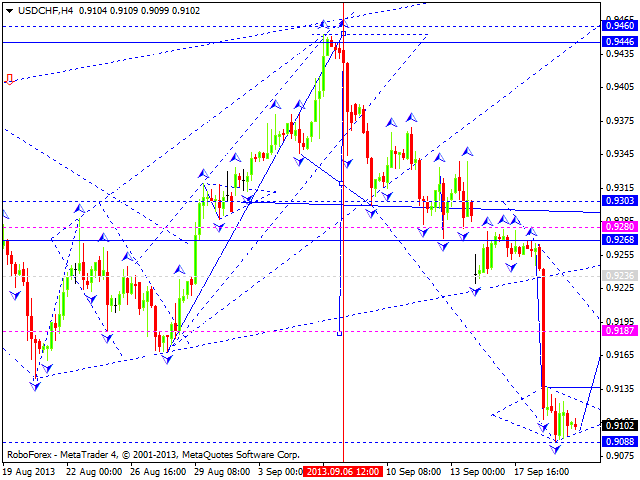 The USD/JPY currency pair completed its first ascending impulse. We think, today the price may fall down towards the level 98.75 and then start forming head & shoulders reversal pattern. The target is at the level of 101.20. After finishing the right shoulder, the pair may start growing up again to break the top of the first impulse at 100.40. 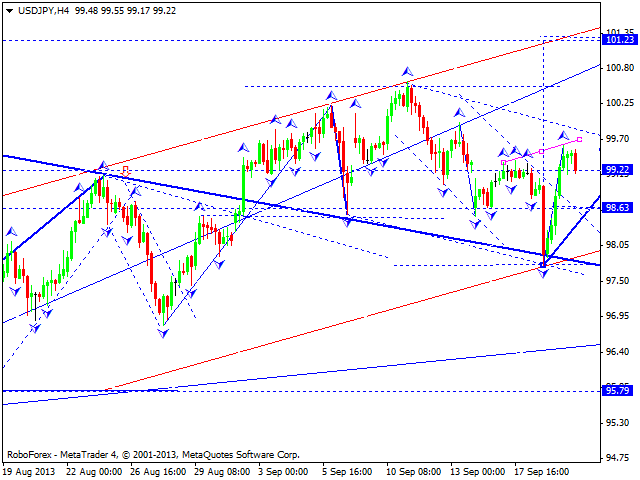 Australian Dollar has already formed two descending impulses and is expected to form the third one. We think, today the price may reach the target at 0.9420 and then return to the level of 0.9473. Later, in our opinion, the pair may start a deeper correction. 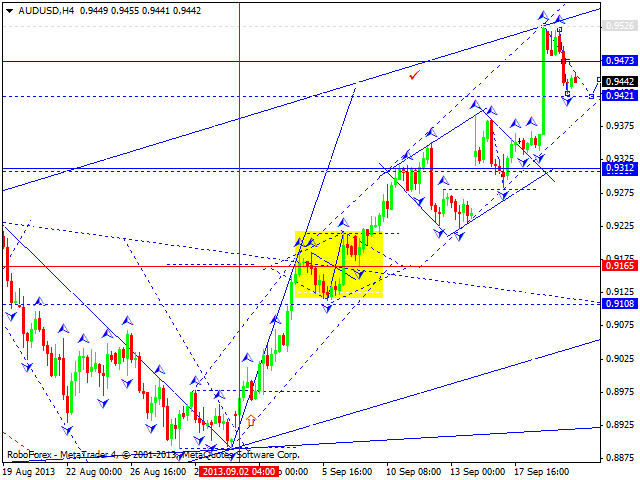 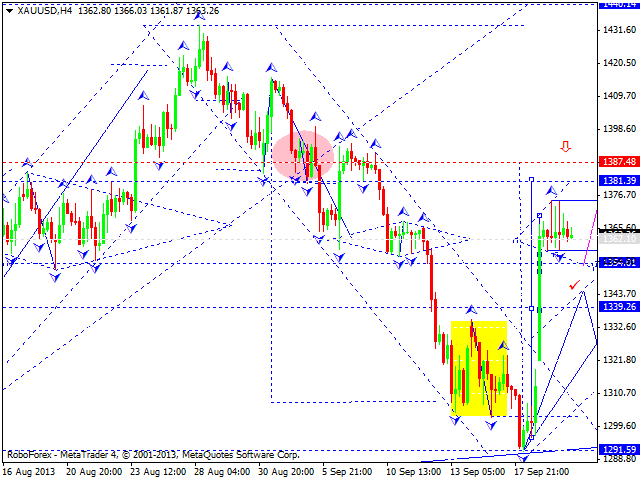