EURUSD is consolidating within a Triangle pattern. After testing the pattern’s downside border, the pair may grow to test the key resistance line of the descending channel at 1.1890. This scenario is confirmed by the MACD indicator, which is directed to the upside. However, considering that the major trend is bearish, one shouldn’t exclude the possibility of a breakout of the support level at 1.1835. In this case, the price may reach 1.1795 and fix below it. Later, the market may continue the downtrend towards 1.17. 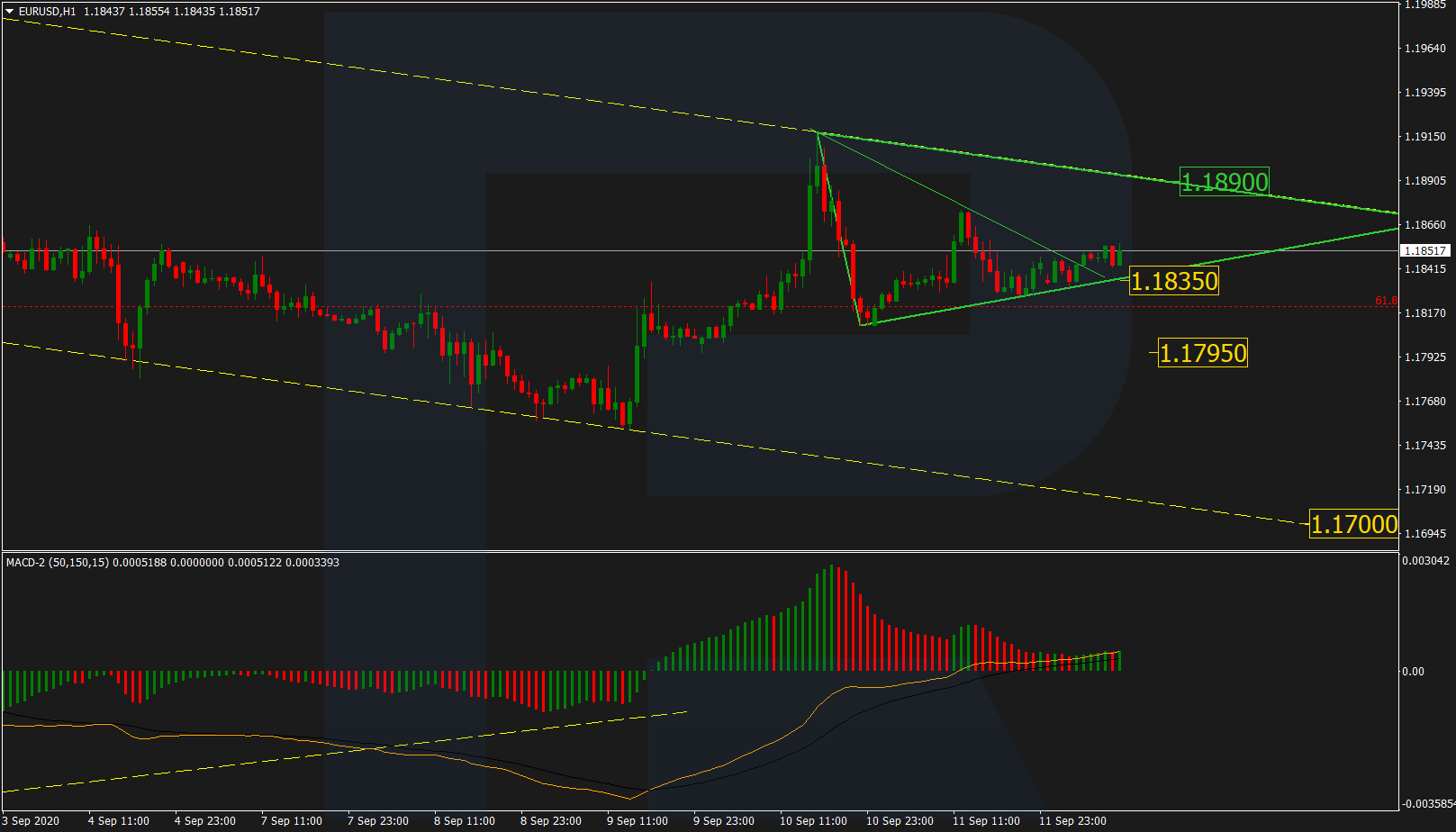 GBPUSD is still falling. After updating the short-term low and the convergence on MACD, the pair is forming a local correction in the form of a Triangle. In this case, both scenarios are possible – the price may break the pattern either to the upside or downside. In the former case, the instrument may test the resistance line at 1.2890 and then continue growing with the target at 1.3025. Otherwise, the market may continue trading downwards to reach 1.2650. 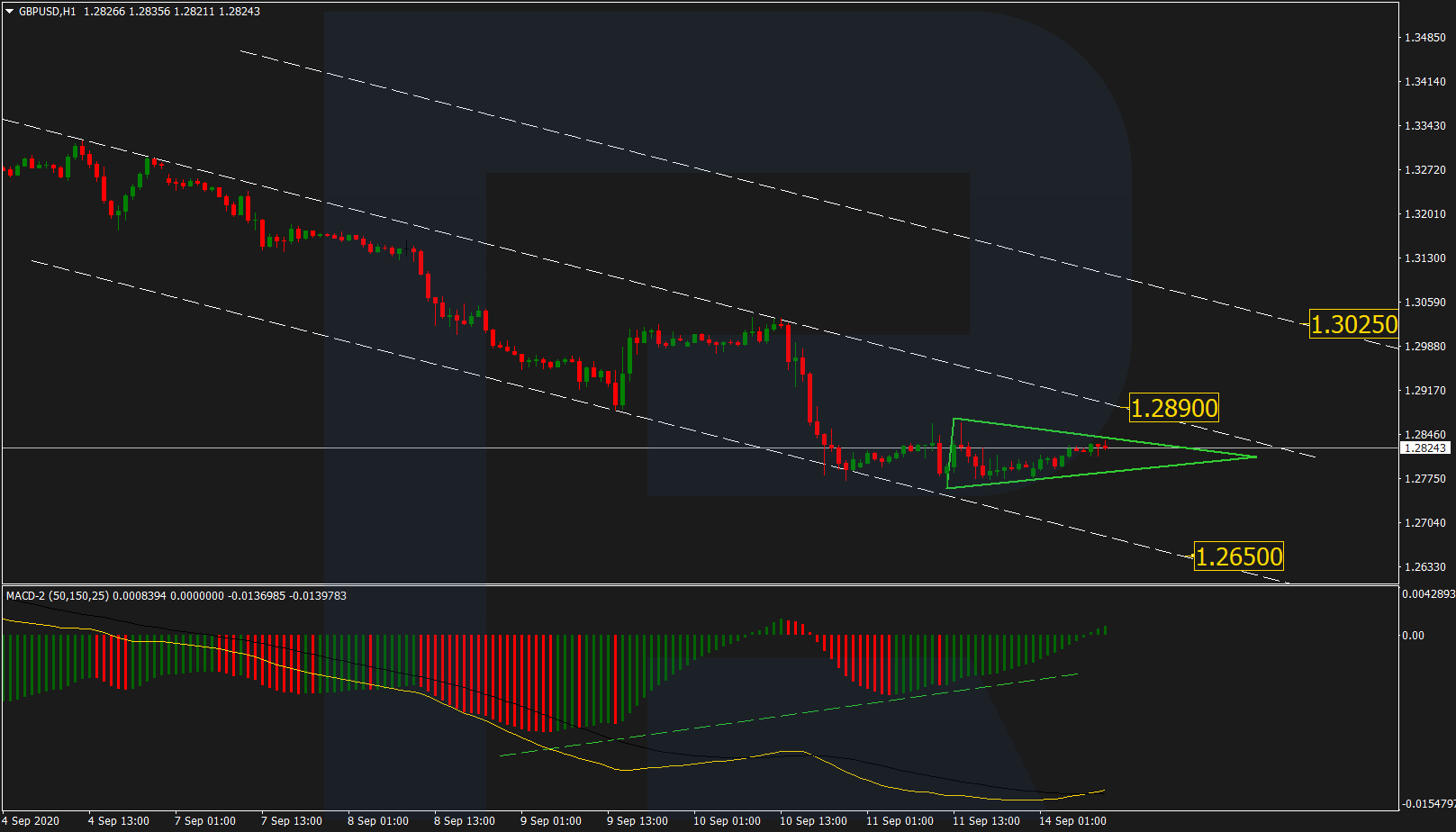 After completing a quick descending wave, USDRUB is consolidating. In the nearest future, the pair may fall towards the key support level at 74.20. This scenario is confirmed by the MACD indicator, which is directed to the downside. After testing the level, the instrument may rebound and form a new ascending wave to reach the resistance line at 77.30. 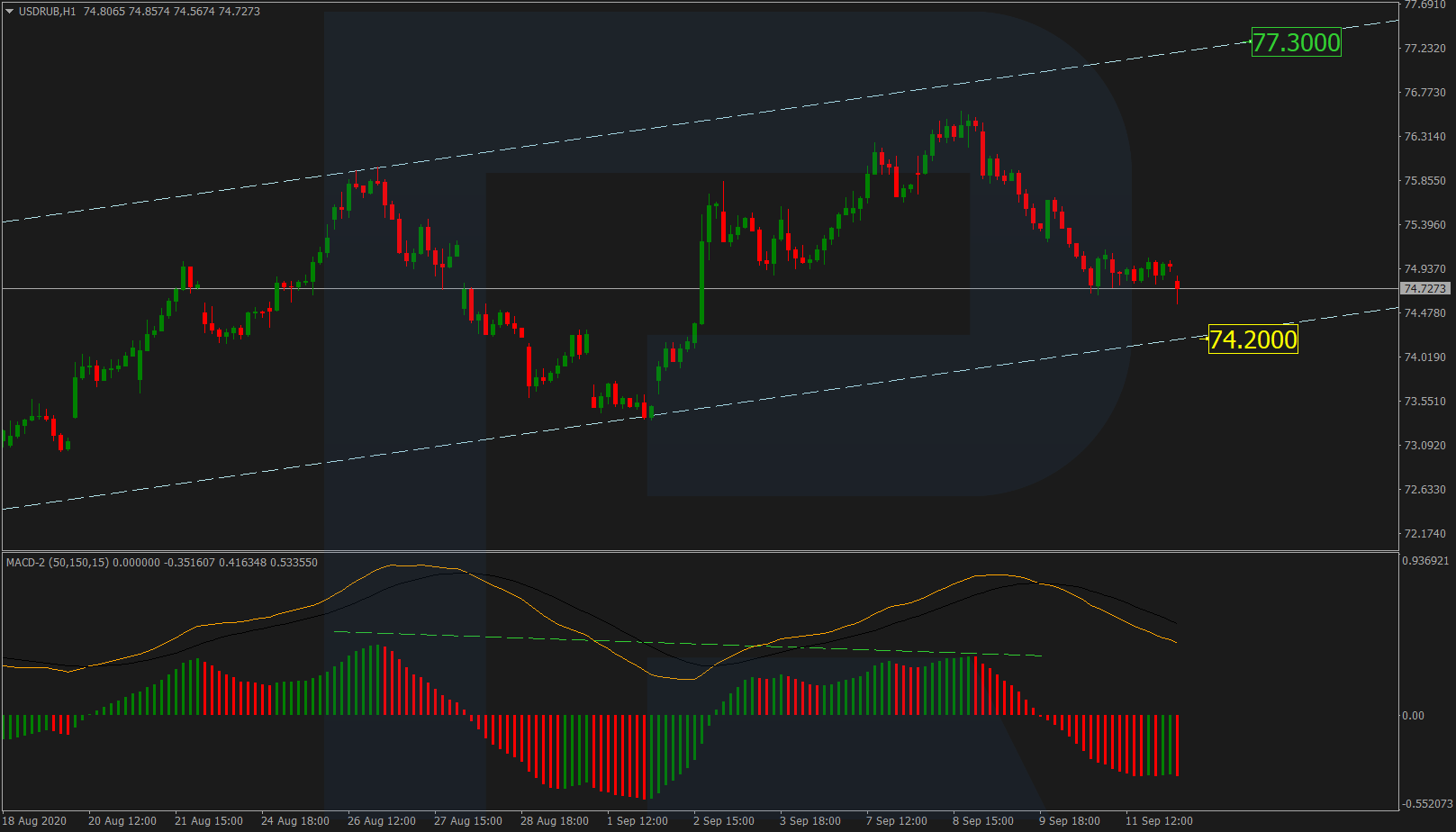 After rebounding from the descending channel’s upside border, USDJPY is moving towards the support line at 105.60. This scenario is confirmed by the MACD indicator, which is also directed to the downside. However, there might be an alternative scenario that implies a possible breakout of the resistance line at 106.20 and further growth to reach the key resistance line at 107.30. 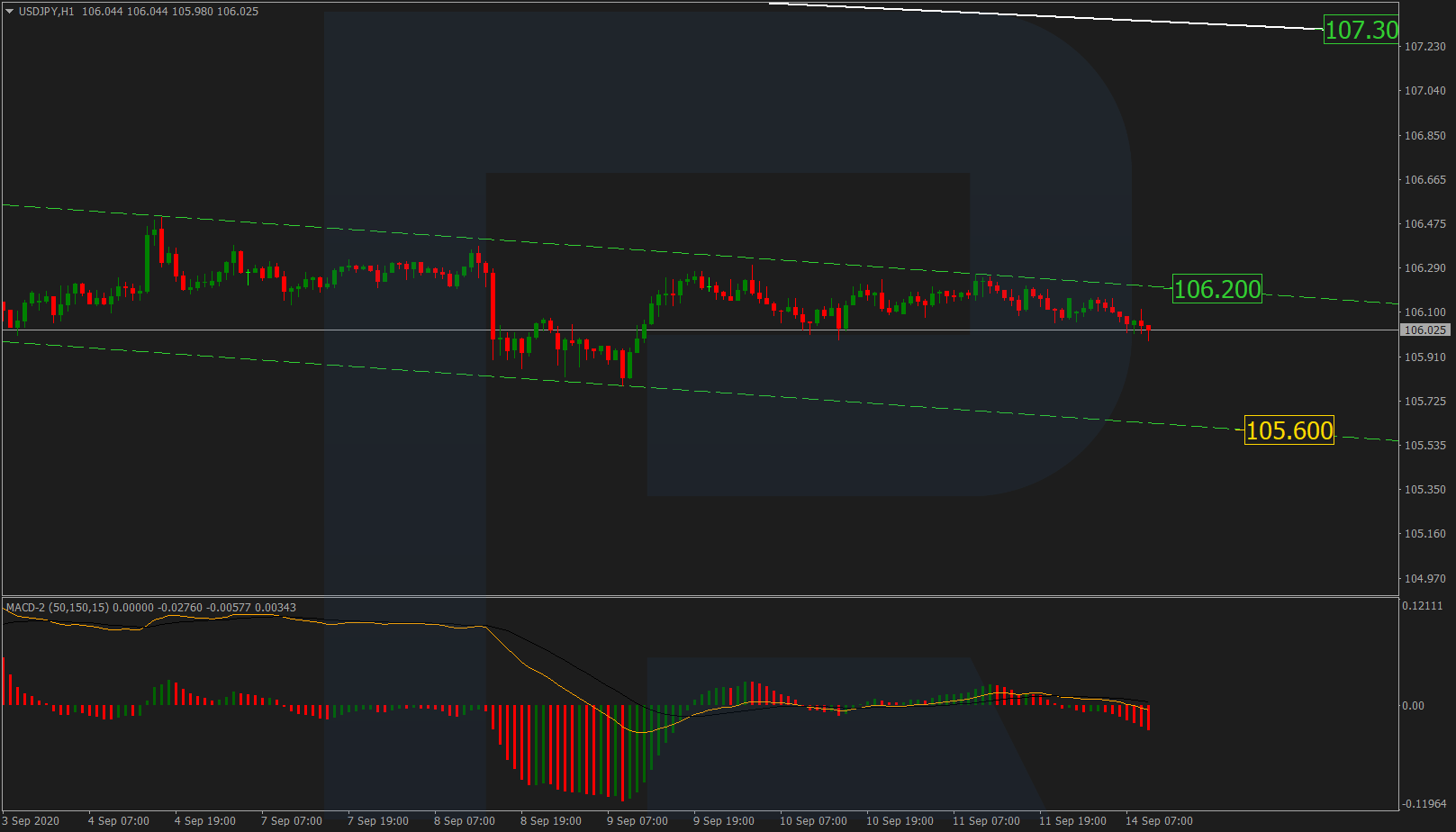 Brent is correcting within a Triangle pattern. However, judging by the MACD indicator, which is directed to the upside, the price is expected to break the resistance line at 40.63 and then expand the correctional channel up to 41.83. Still, if the pair breaks the support line at 39.70, the market may fall to break 23.6% fibo (39.28) and then reach 37.88. 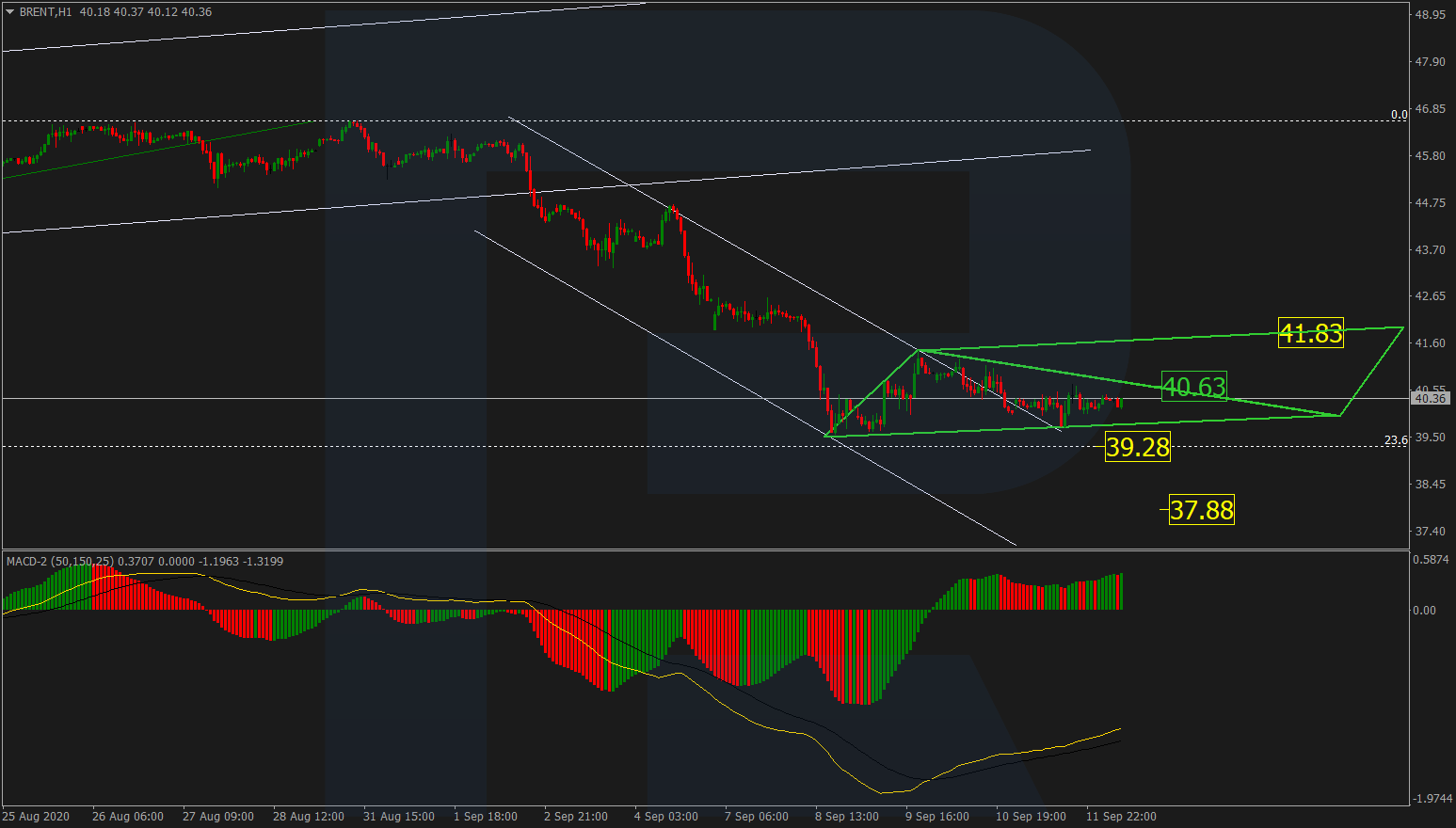 Gold is forming a mid-term triangle channel. After breaking the downside border of the previous ascending channel, the pair is moving sideways, which may be a signal for a short-term growth towards the resistance line at 1960.00. However, the key trend remains bearish, that’s why the instrument is expected to continue trading downwards with the target at 1916.50. 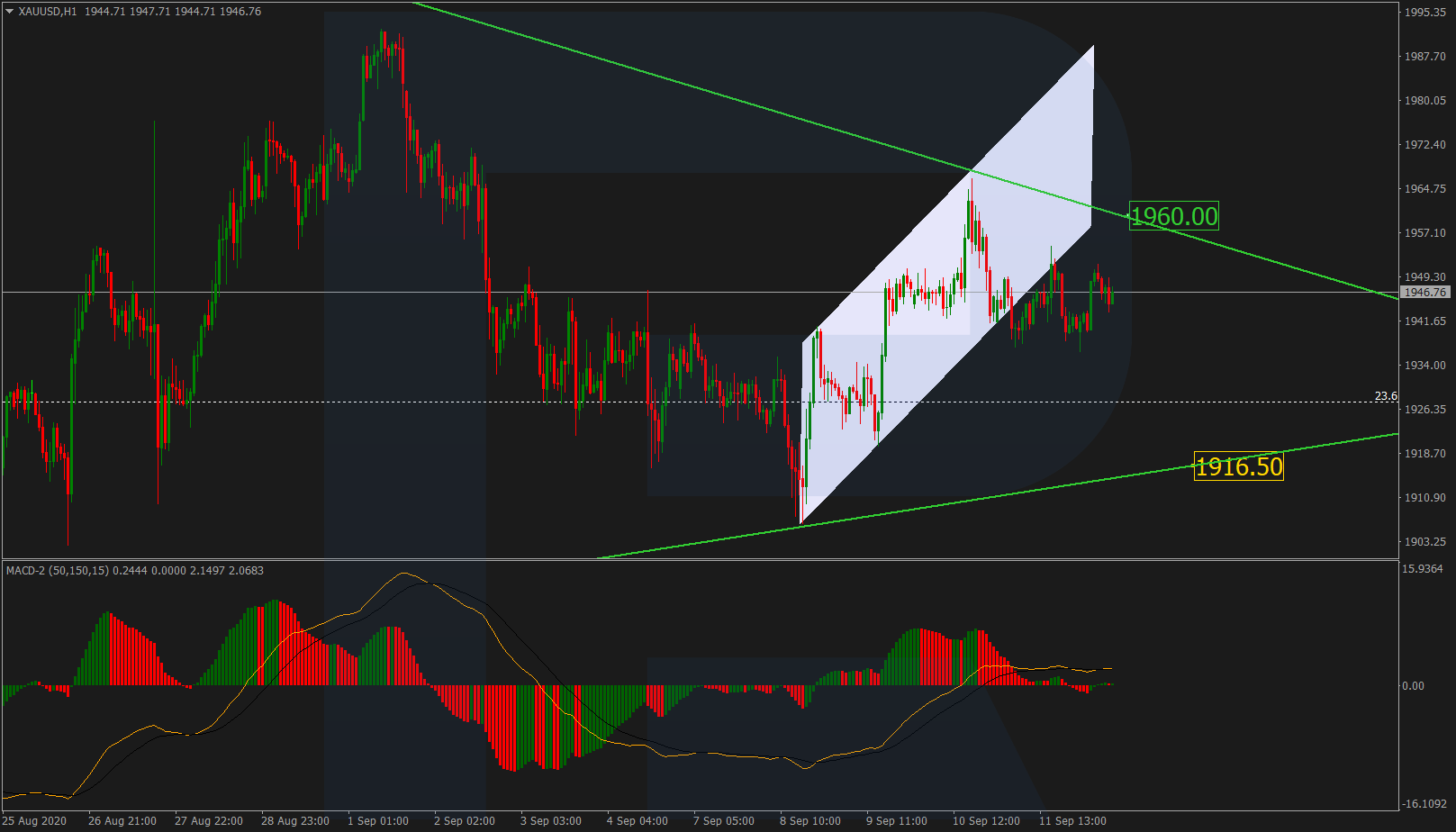 After rebounding from the support line and transforming a correctional channel into an ascending one, BTCUSD is growing towards the key resistance line at 10640.00. Later, the market may break it and continue trading upwards to reach 11200.00. However, if the price fails to break the above-mentioned resistance level and rebounds from it, the market may start a new descending structure towards the key support line at 10085.00. 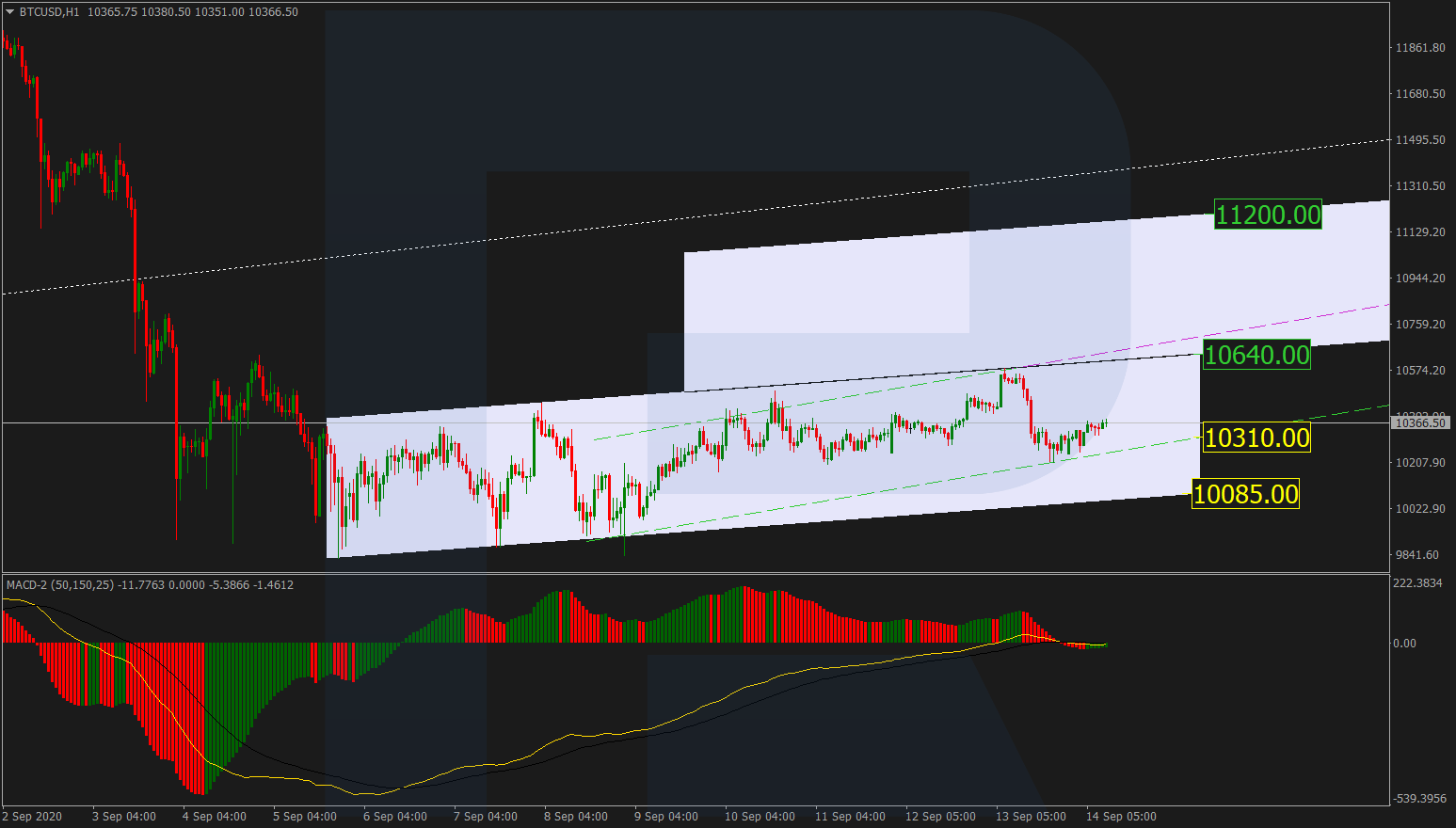