The pair has broken out the lowe4r border of the Triangle and reached the goal of the declining wave, covering 1.0785. The market also demonstrated a technical reversal and tested 1.0785 from below. Now the market is trading in the consolidation area under 1.0800. With a breakout of 1.0788 downwards, the quotations might decline to 1.0775. With a breakout of 1.0803 upwards, the quotations might rise to 1.0814. 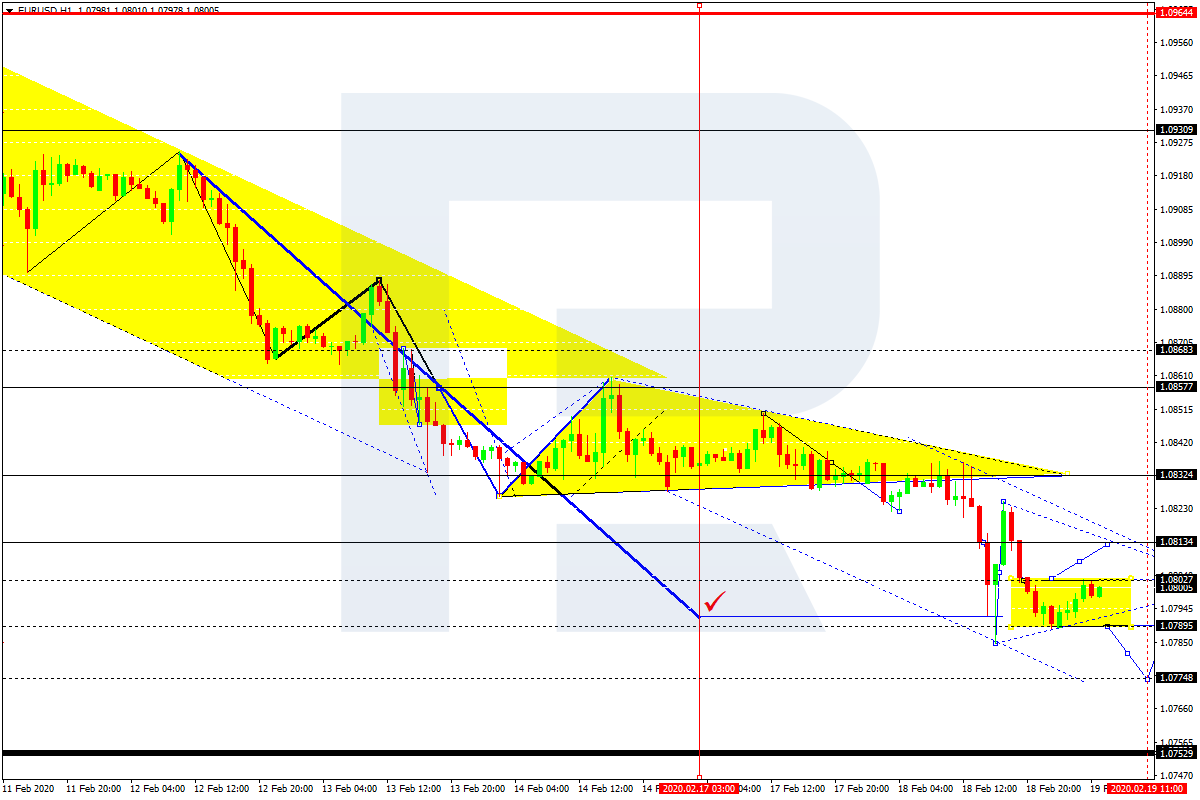 The currency pair has performed a correction to 1.3030. The market is currently trading in yet another wave of decline to 1.2947. Upon reaching this level, a consolidation area might develop. When the pair escapes it downwards, it might reach 1.2868. The goal is local. 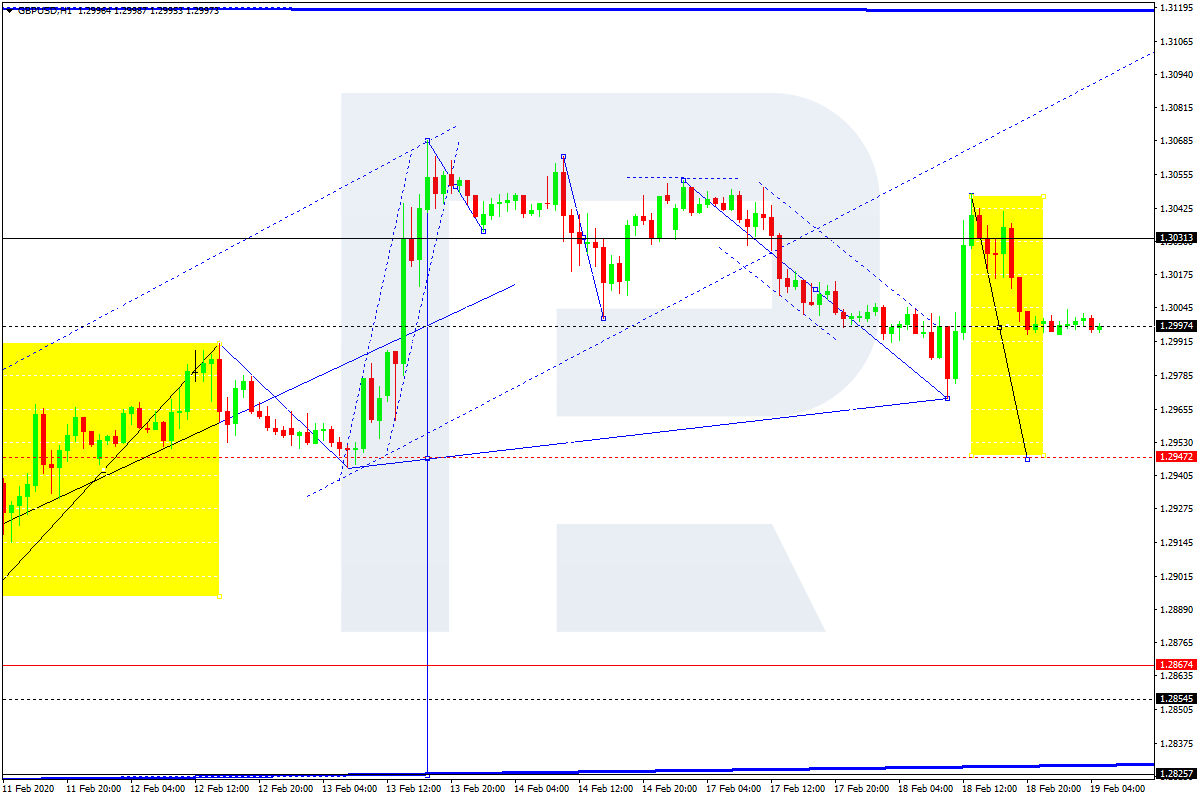 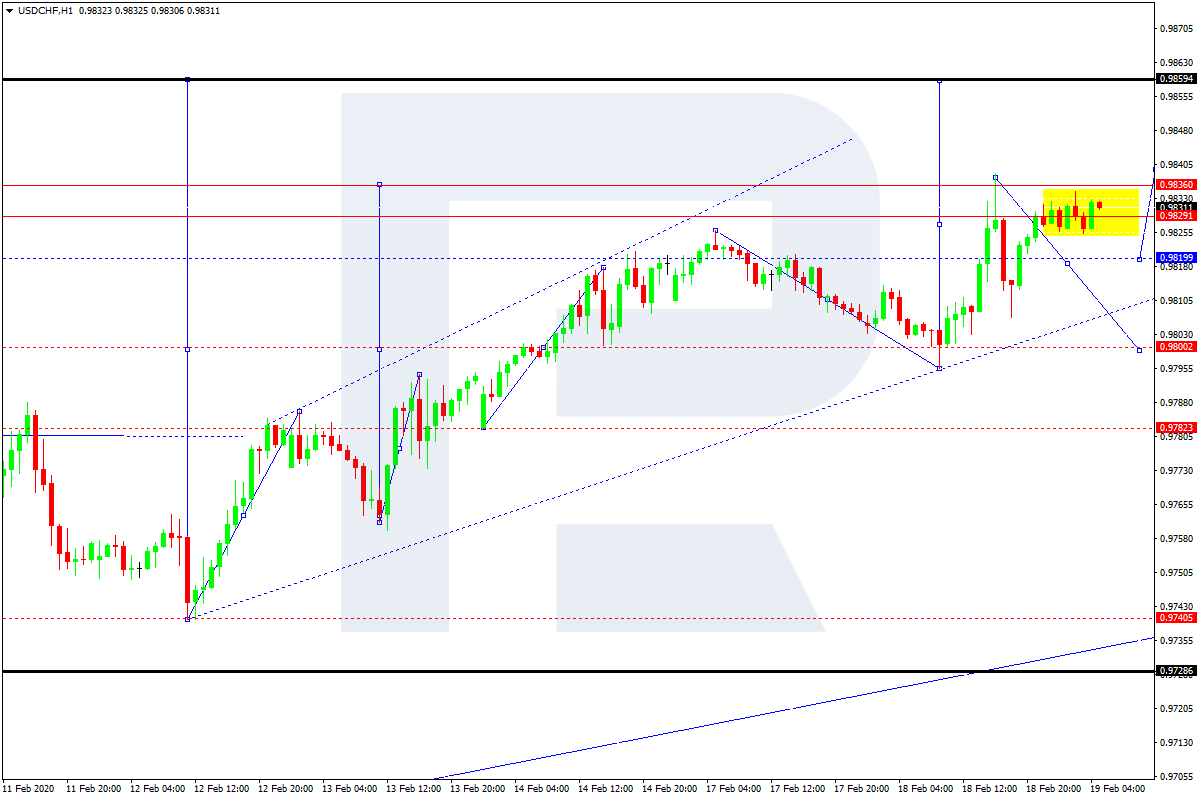 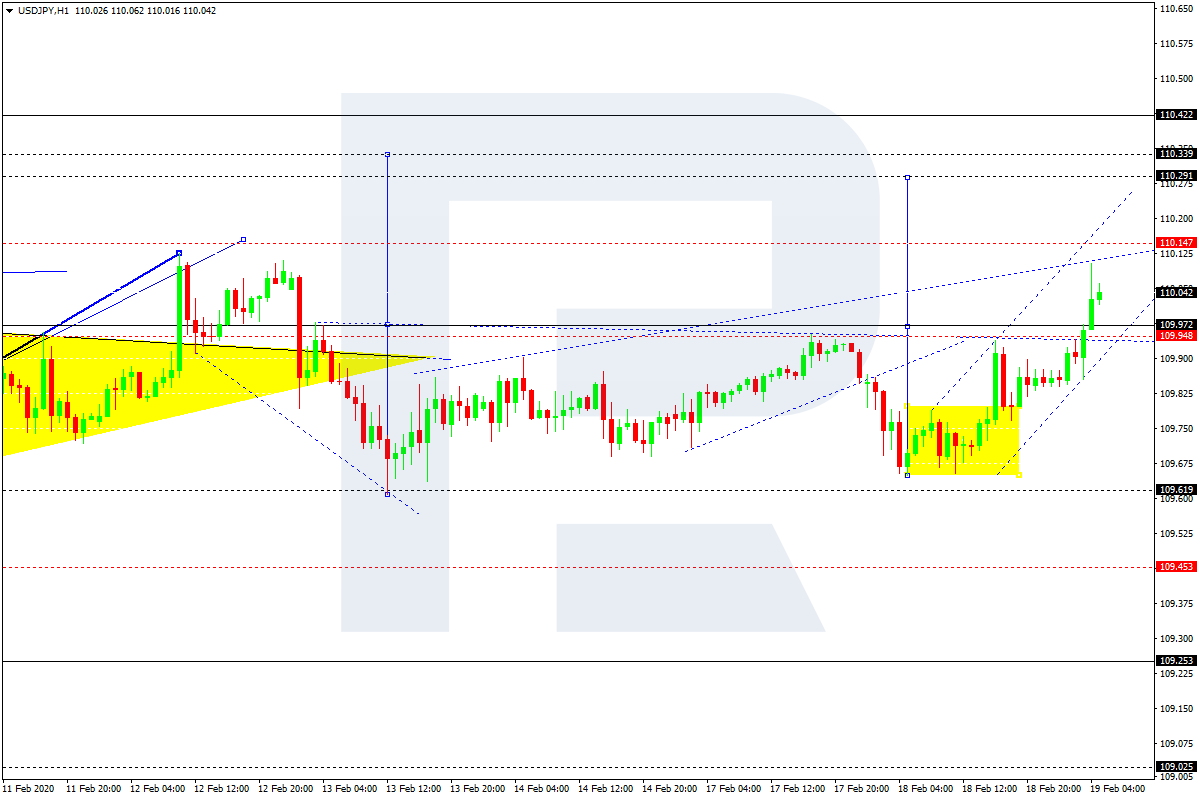 The currency pair has performed a correction to 0.6700. Today, it might decline to 0.6682. With a breakout of this level downwards, the quotations may further decline to 0.6665. 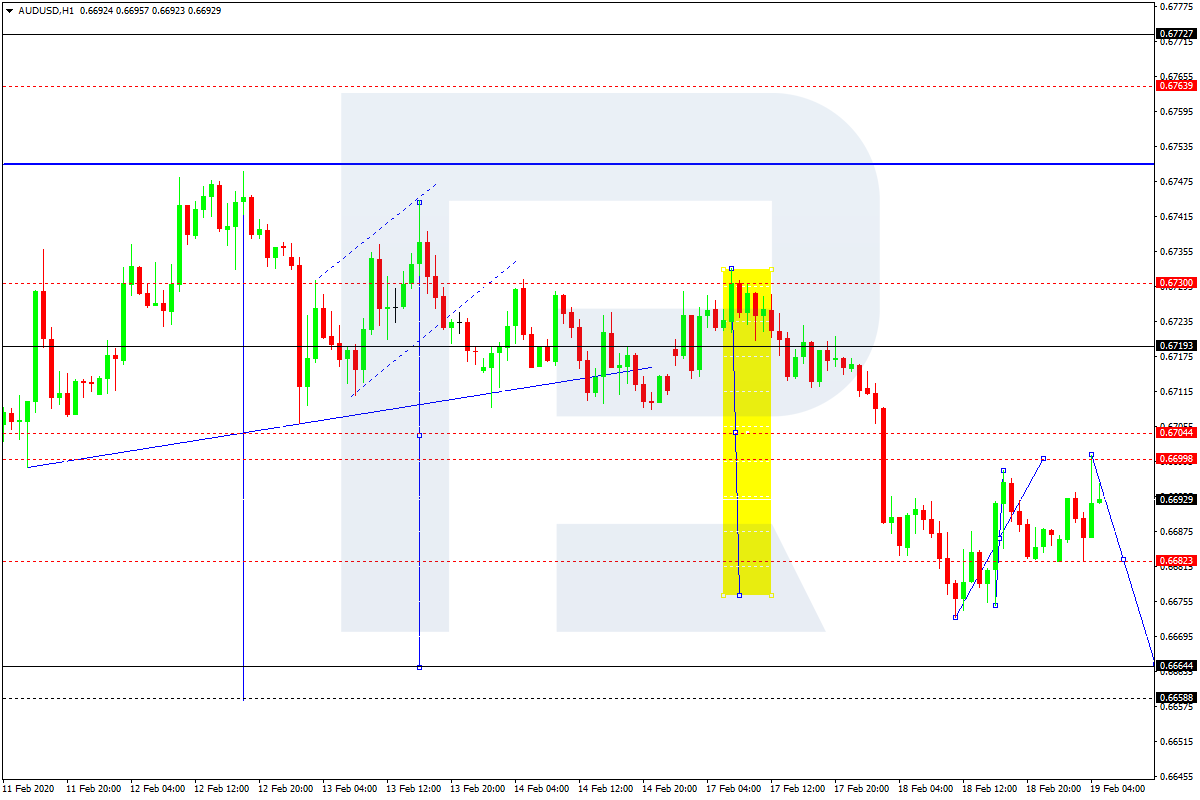 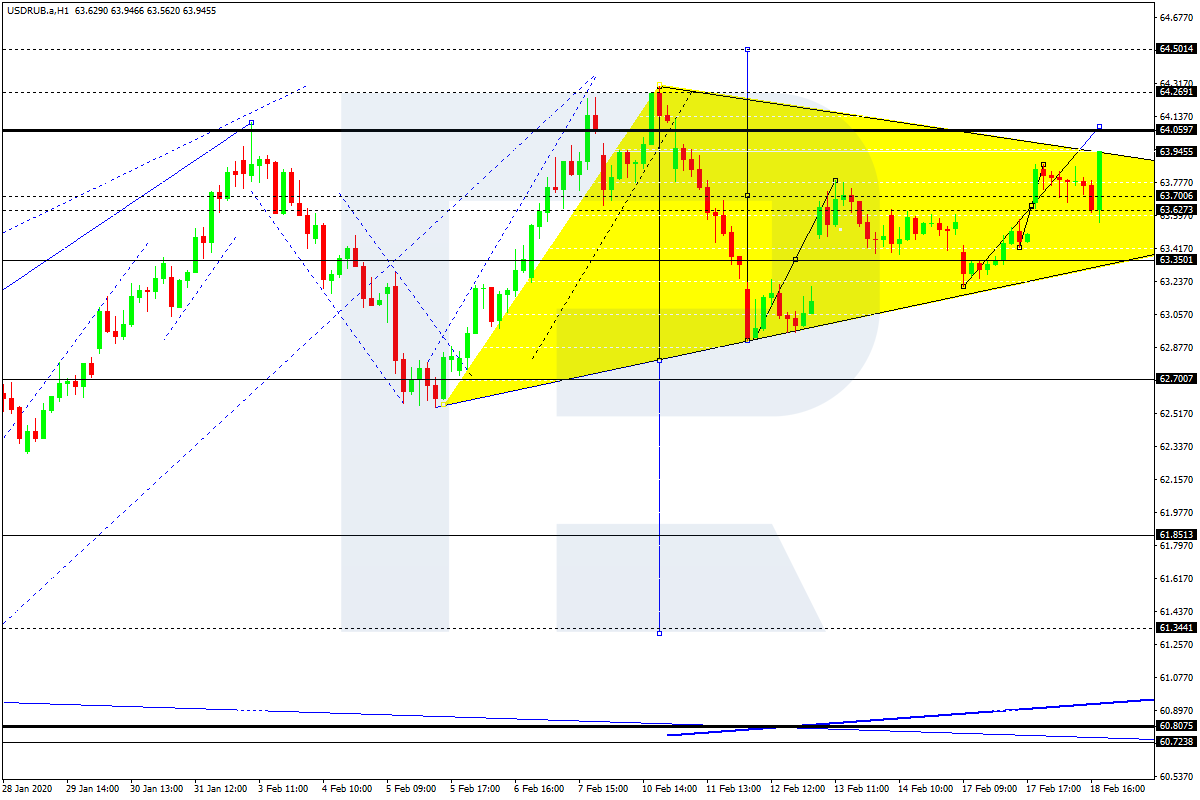 The currency pair has performed a correction to 1.3275. The market is now trading under pressure for a decline to 1.3232. With a breakout of this level downwards, the quotations might decline to 1.3180. The goal is local. 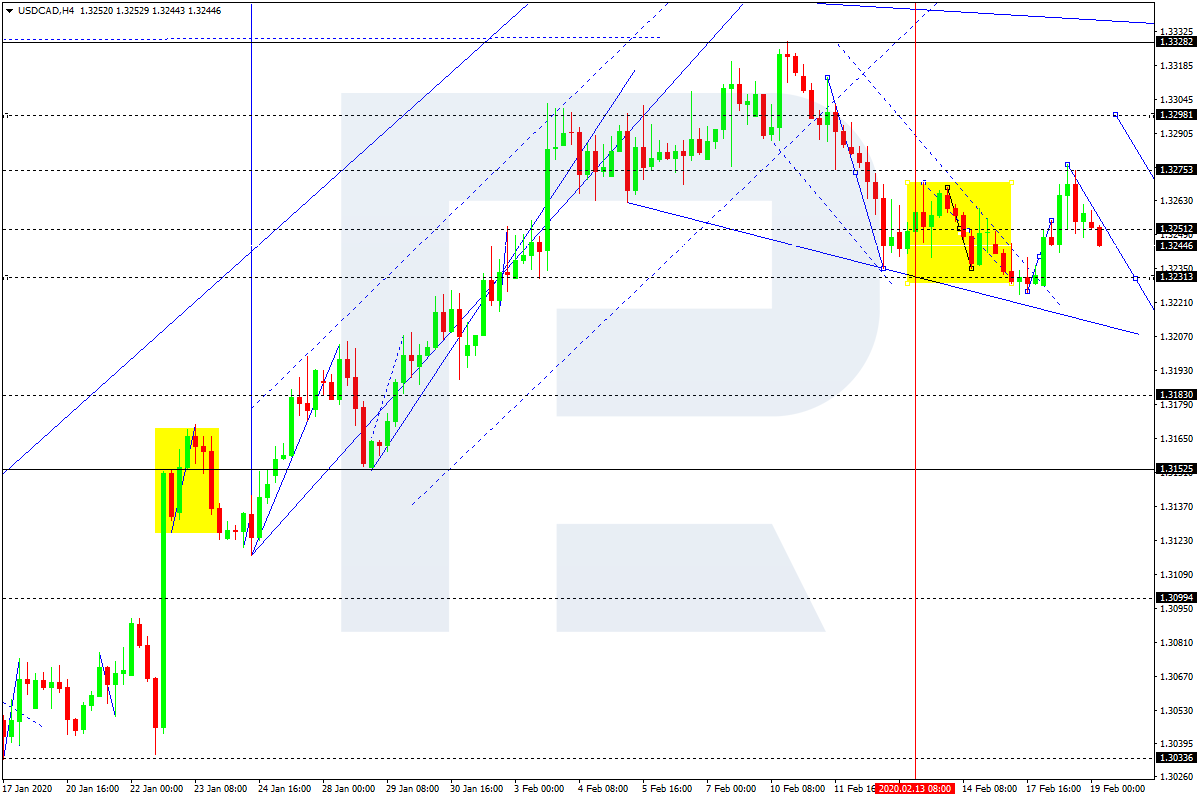 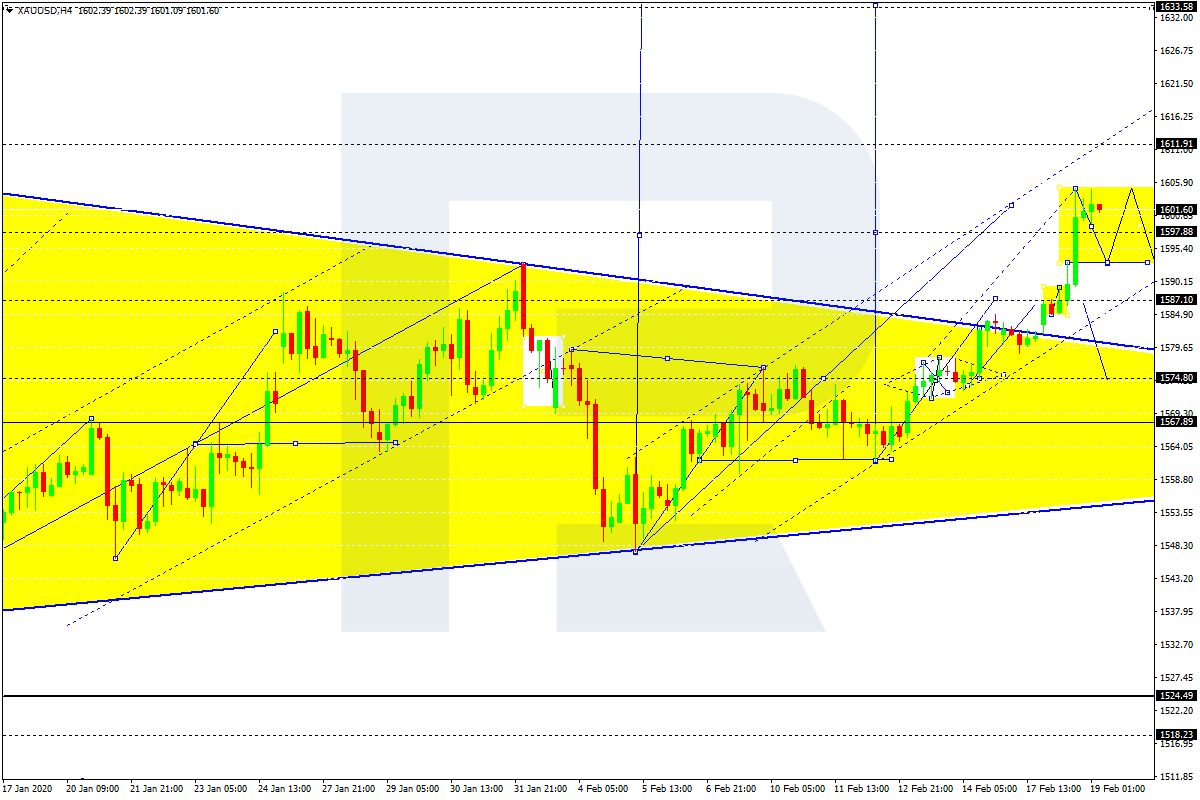 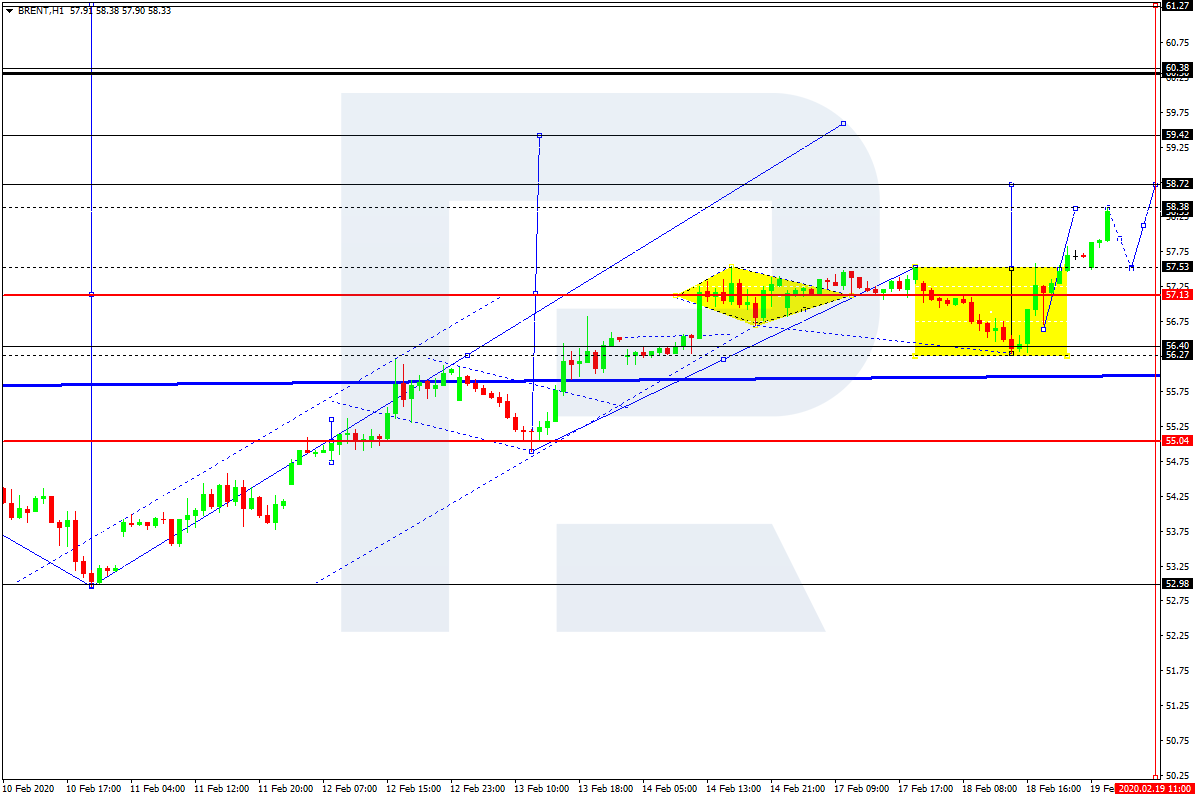 The market keeps developing a correction. Today, it might grow to 10260 and then – decline to 9850. Around this levels, a consolidation area may form. With an escape downwards, the quotations may decline to 9550. And with a breakout of this level downwards, the cryptocurrency might decline to 8900. The goal is local. 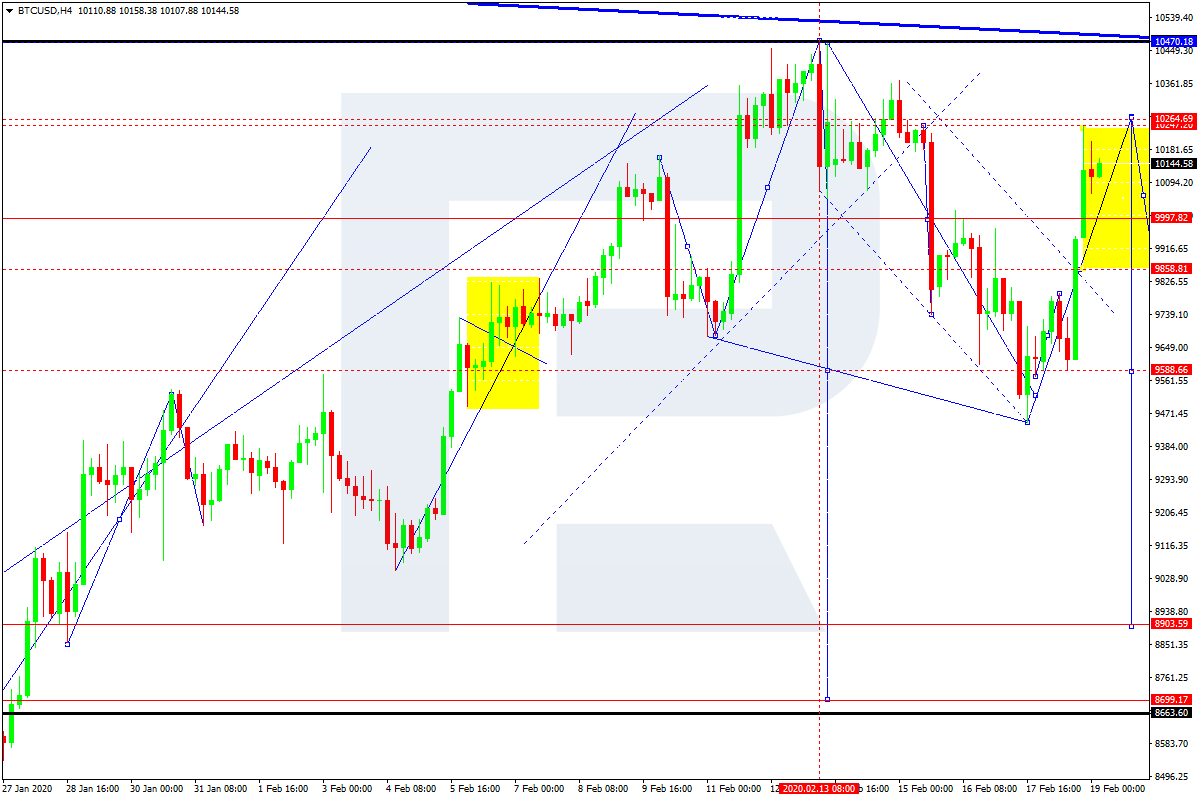