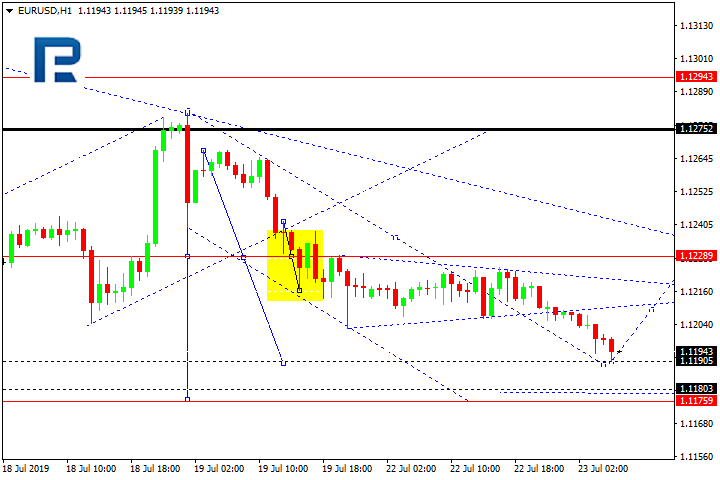 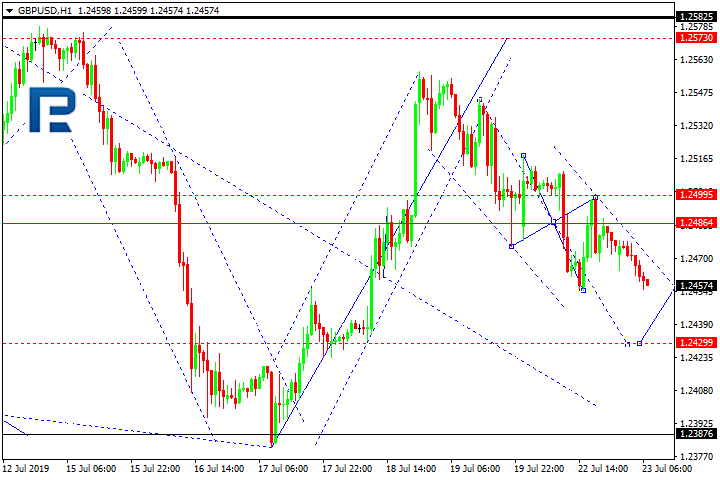 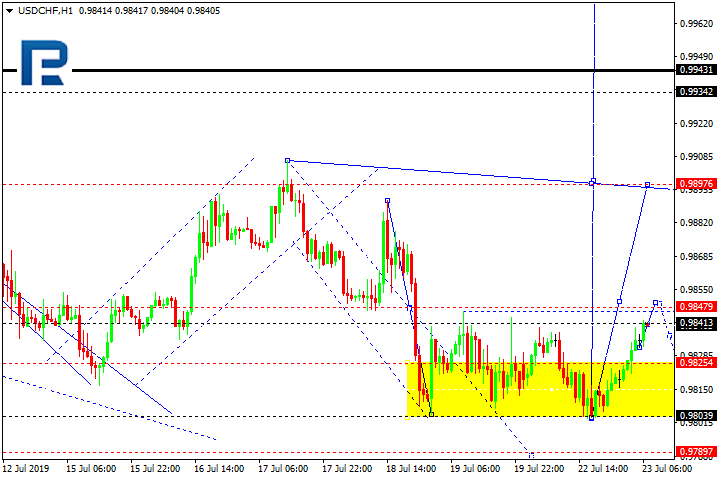 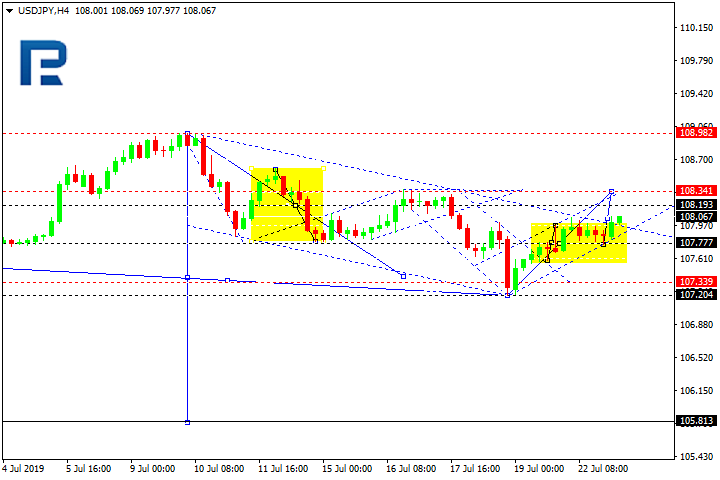 The pair is trading in the structure of the second impulse for decline. The goal is at 0.7011. Upon breaking through this level, potential for hitting 0.6969 may appear. The goal is local. 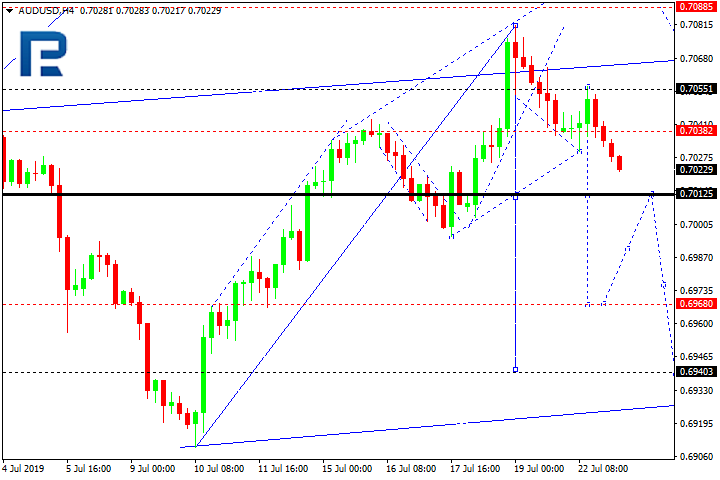 The instrument is trading in the consolidation range around 62.88 without any expressed trend. Today a decline to 62.26 looks possible. 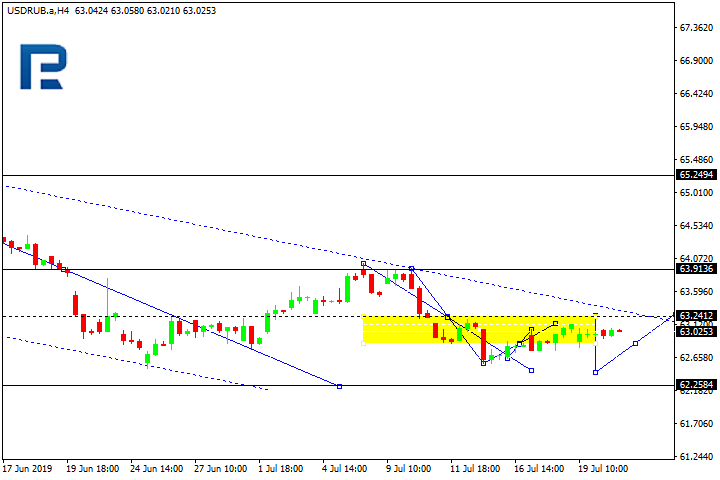 Gold is trading under a pressure for decline. Hitting 1393.06 seems possible. The goal is local. A correction to 1416.68 is not excluded afterwards, followed by a decline along the trend to 1381.06. The goal is first. 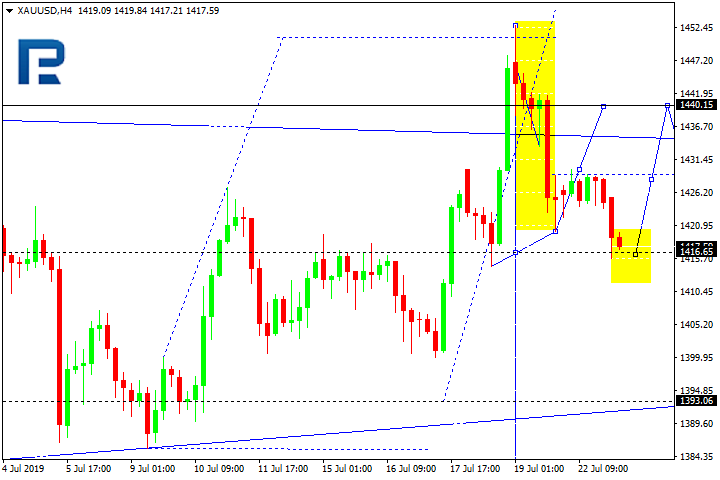 Oil is trading under a pressure fro growth. The aim is at 6435. Afterwards another decline to 61.08, followed by growth to 64.35, is not excluded. Practically, the development of a wide consolidation range on the minimums is spoken of as possible. Upon going upwards, potential for growth to 69.45 may appear. The goal is first. 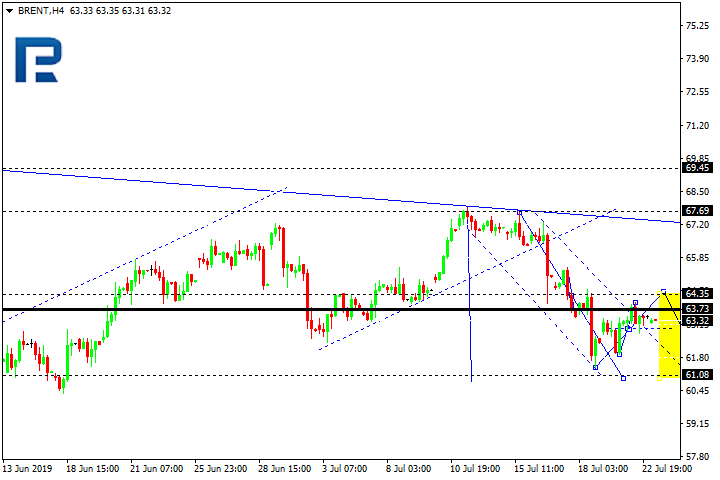