Euro Index
The Euro Index shows us first signs of reverse of the trend. The RSI indicator is forming both “head & shoulders” reversal pattern and “failure swing” pattern. When the patterns are completely formed, it will at least lead to the testing of the 104.33 level. The formation of the reversal pattern indicates more significant growth of Euro. The same can be found concerning some other currency pair. 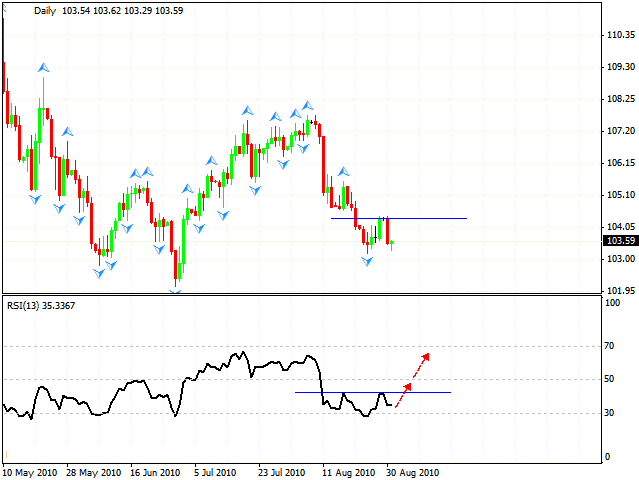 AUD/USD
In spite of correction that took place yesterday, we’ll hold on to the further growth of the pair. The RSI online forex indicator has shown support, and there is a possibility for both the indicator and the price to form a reversal pattern. The price is in the rising channel and we can see a symmetric pattern here with the target in the area of 0.9344-0.9479. 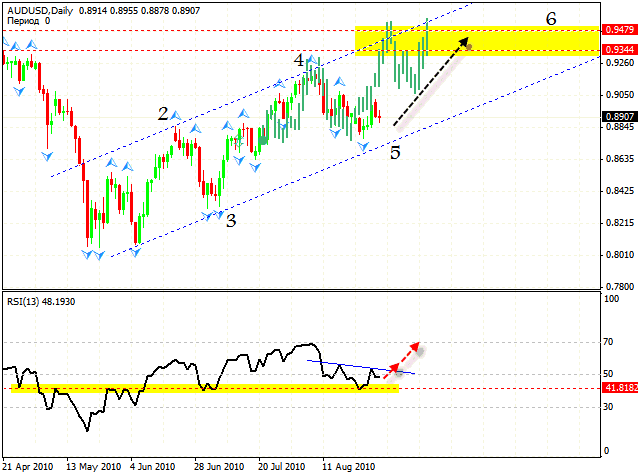 NZD/USD
New Zealand Dollar has formed a descending pattern, the pair made several attempts to rise. Currently we have a reversal pattern forming with the target in the area of 0.7368. One can try to buy right now with the stop below 0.6970. One should not increase the amount of long positions until the neckline is broken. 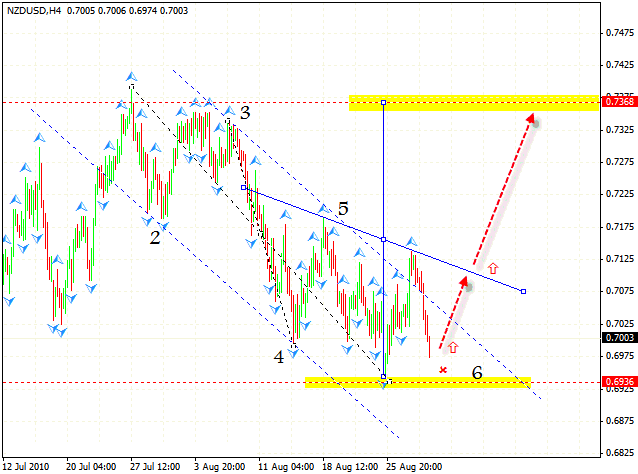