The pair rebounded from the level of 50% once again, but the correction may yet continue. However, if the bulls break this level, the price will continue growing up towards the level of 61.8%. I’m keeping my buy order opened, but if the correction takes more time that I expect, I’ll have to close the deal. 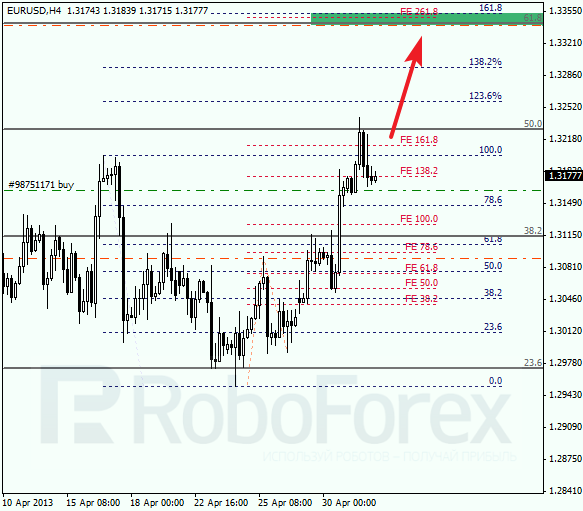 At the H1 chart we can see, that the current correction is moving inside a local up-trend so far. There is a strong possibility that market may break the maximum during Thursday. According to the analysis of temporary fibo-zones, predicted levels may be reached by the end of the week. 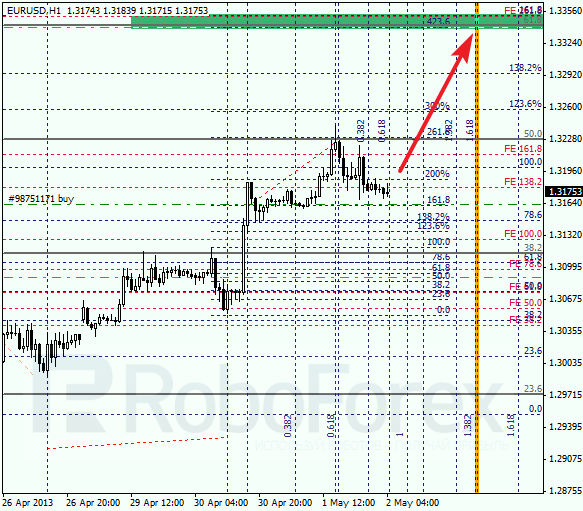 Franc is still falling down. The target of this descending movement is at the level of 78.6%, where there are two more fibo-levels (from extension and backward correction). 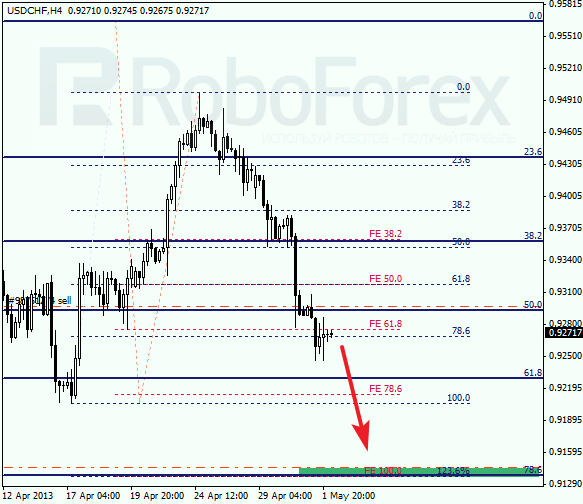 At the H1 chart, Franc is being corrected between the levels of 50% and 61.8%. According to the analysis of temporary fibo-zones, the targets may be reached by Friday. The stop on my short-term sell order has already been moved into the black. 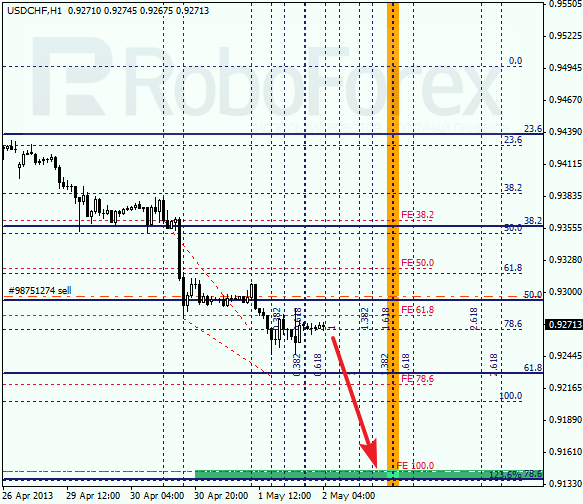