It looks like Euro is going to break the minimum set in March and the current consolidation confirms these expectations. Most likely, during the next several weeks the price will continue falling down towards the target area, where there are three fibo-levels. 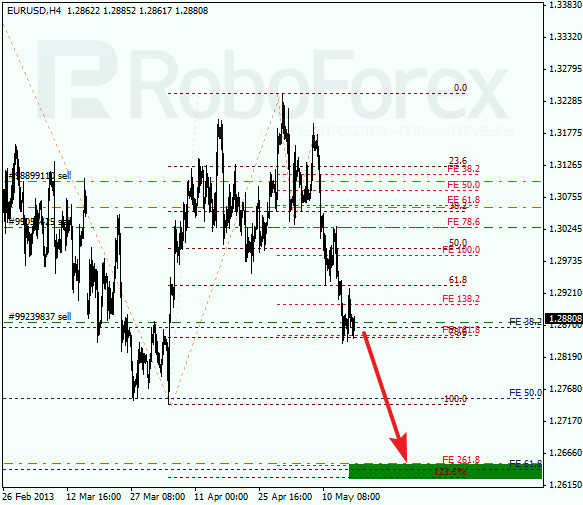 At the H1 chart, after reaching intermediate targets, the pair started a correction. In the near term, Euro is expected to start a new descending movement towards the level of 1.2650. According to the analysis of temporary fibo-zones, predicted levels may be reached in the middle of the next week. 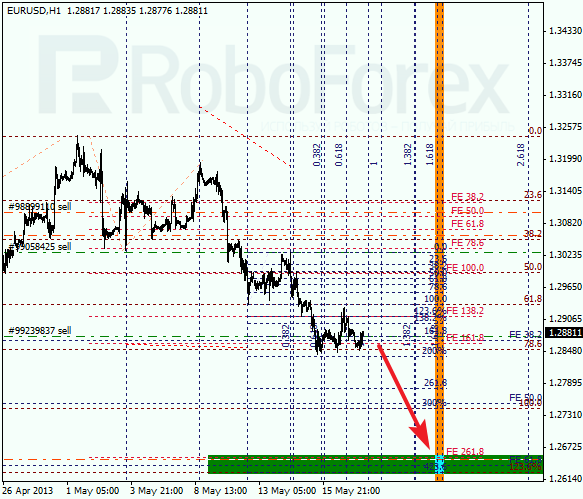 Franc is being corrected. However, the bulls are trying to start a new ascending movement. During the next several days, the price may beak the latest maximum and reach the target area at the level of 0.9920, where there are three fibo-levels. 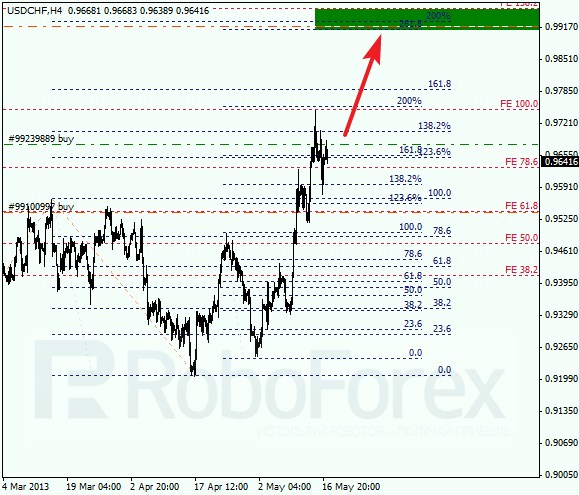 We may assume that the pair completed a local correction at the H1 chart. The bulls are trying to take over the control of situation again. I’m keeping my buy orders opened and planning to increase long positions. According to the analysis of temporary fibo-zones, predicted levels may be reached by next Wednesday. 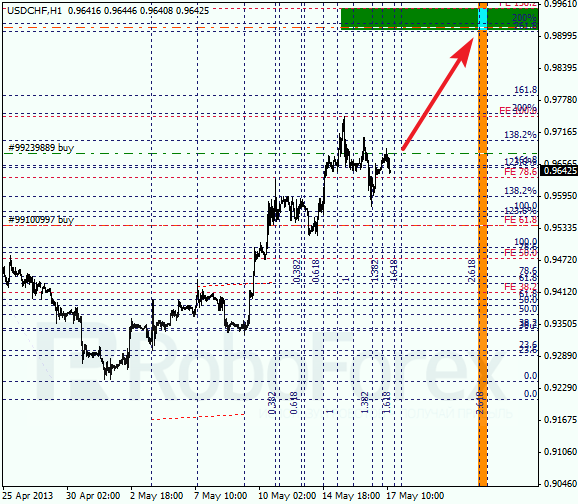