Euro is still being corrected. Later the pair may start a new ascending movement and break the latest maximums. The target for the bulls is in the area formed by the levels of 161.8%, 78.6%, and 50%. 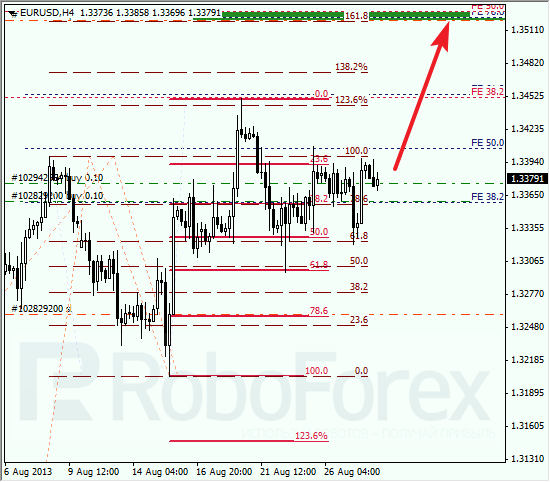 At the H1 chart we can see, that the temporary fibo-zones indicated the exact moment when the price made a local reverse. Earlier the pair rebounded from the level of 61.8%. During a local correction, I opened my second buy order. 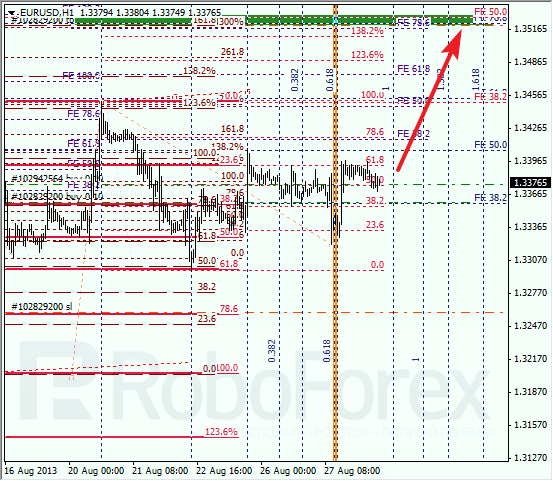 Franc is very close to a local minimum. During a correction, I opened my second sell order. In the future, the pair is expected to start a new descending movement towards the target area formed by the levels of 138.2%, 161.8%, and 61.8%. 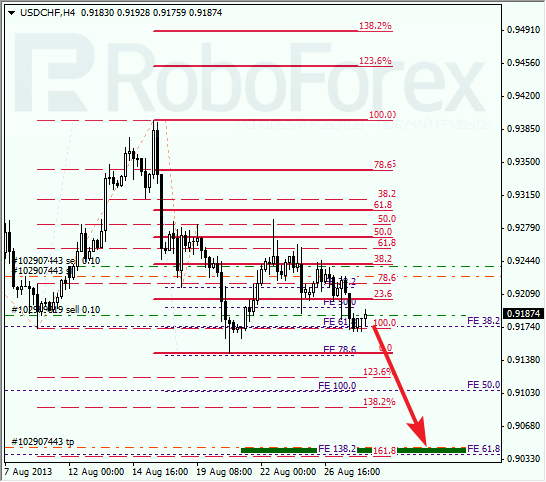 The temporary fibo-zones indicated the exact moment when the price made a local reverse. I’ll move the stop closer to the latest maximum as soon as the price breaks the minimum. Later the target area may become a starting point of a deeper correction. 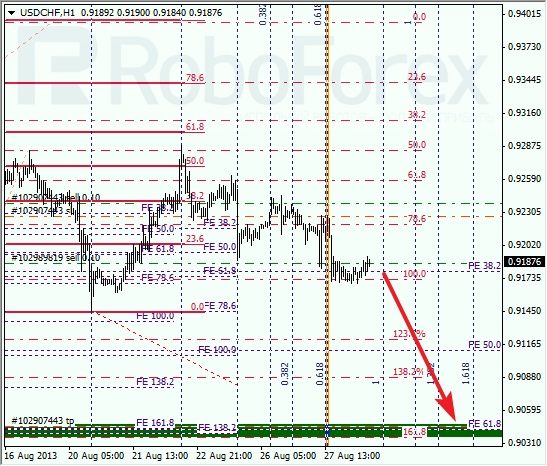