The price continues forming a descending extension in wave (3). On the minor wave level the pair started the formation of the fourth wave. Most likely, the correction won’t take much time, that’s why in the nearest future the price may start moving downwards again in wave 5 of (3). 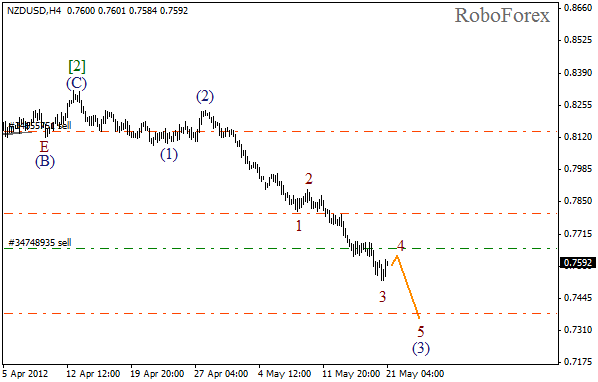 As we can see at the H1 chart, wave 3 has been completely formed. There is a possibility that wave 4 may be finished on Monday. The price may reach a new local minimum during the next several days. 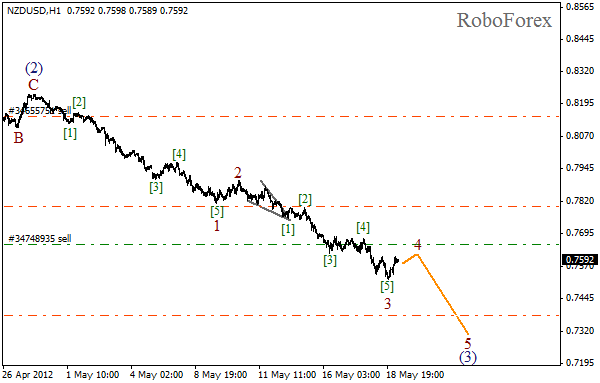 It looks like the price is forming the fourth wave inside wave (3). If the market moves higher, the price will start the correction on the major wave level. The pair may start the formation of wave 5 on Monday. 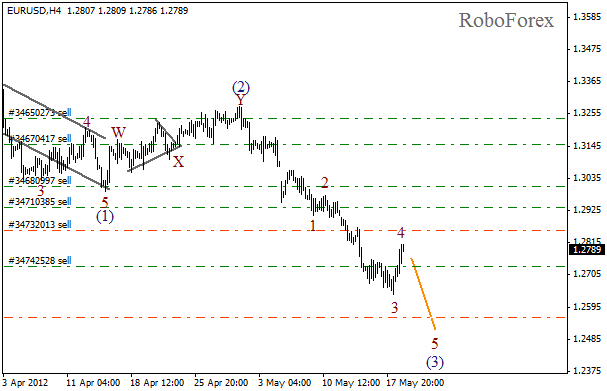 As we can see at the H1 chart, wave 3 may be considered finished, and right now the local correction is taking place. In general, the fact that the price is moving very fast inside the fourth wave is quite alarming, but it does match the Elliot “wave 2 – wave 4” principle. 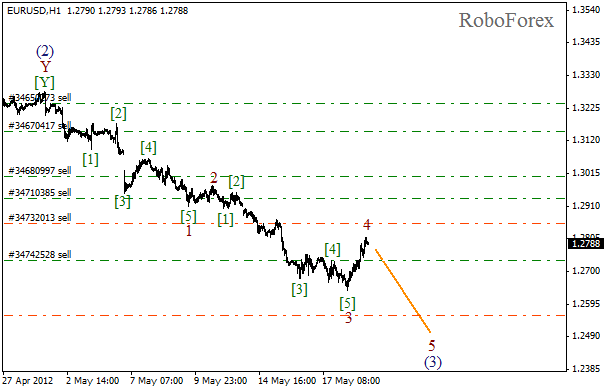