In the H4 chart, the pair is still correcting downwards after the uptrend and the divergence on MACD. However, one should note that earlier the price was consolidating within a narrow range but is trying to a rising channel towards the high at 0.7064. If the asset breaks the high, it may continue growing to reach the long-term 61.8% fibo at 0.7129. Still, there is a possibility that AUDUSD may rebound from the high and start a new decline. In this case, the downside targets may be at 23.6%, 38.2%, and 50.0% fibo at 0.6697, 0.6468, and 0.6286 respectively. 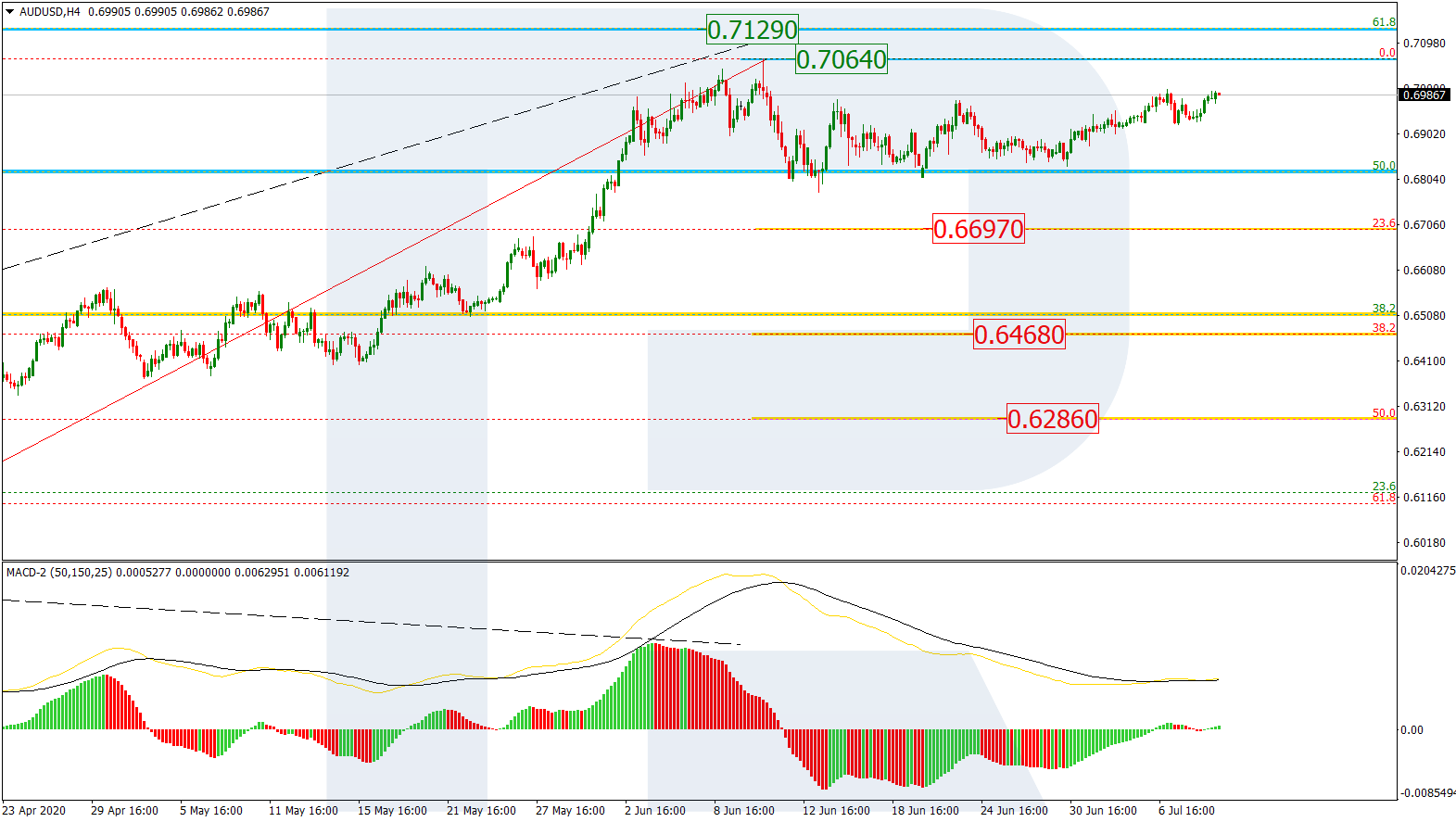 The H1 chart shows another ascending impulse after the convergence, which has reached 76.0% fibo. The current situation implies that after breaking the high at 0.7064, the price may continue growing towards the post-correctional extension area between 138.2% and 161.8% fibo at 0.7174 and 0.7241 respectively. At the same time, there is a divergence on MACD, which may indicate a possible reversal soon. 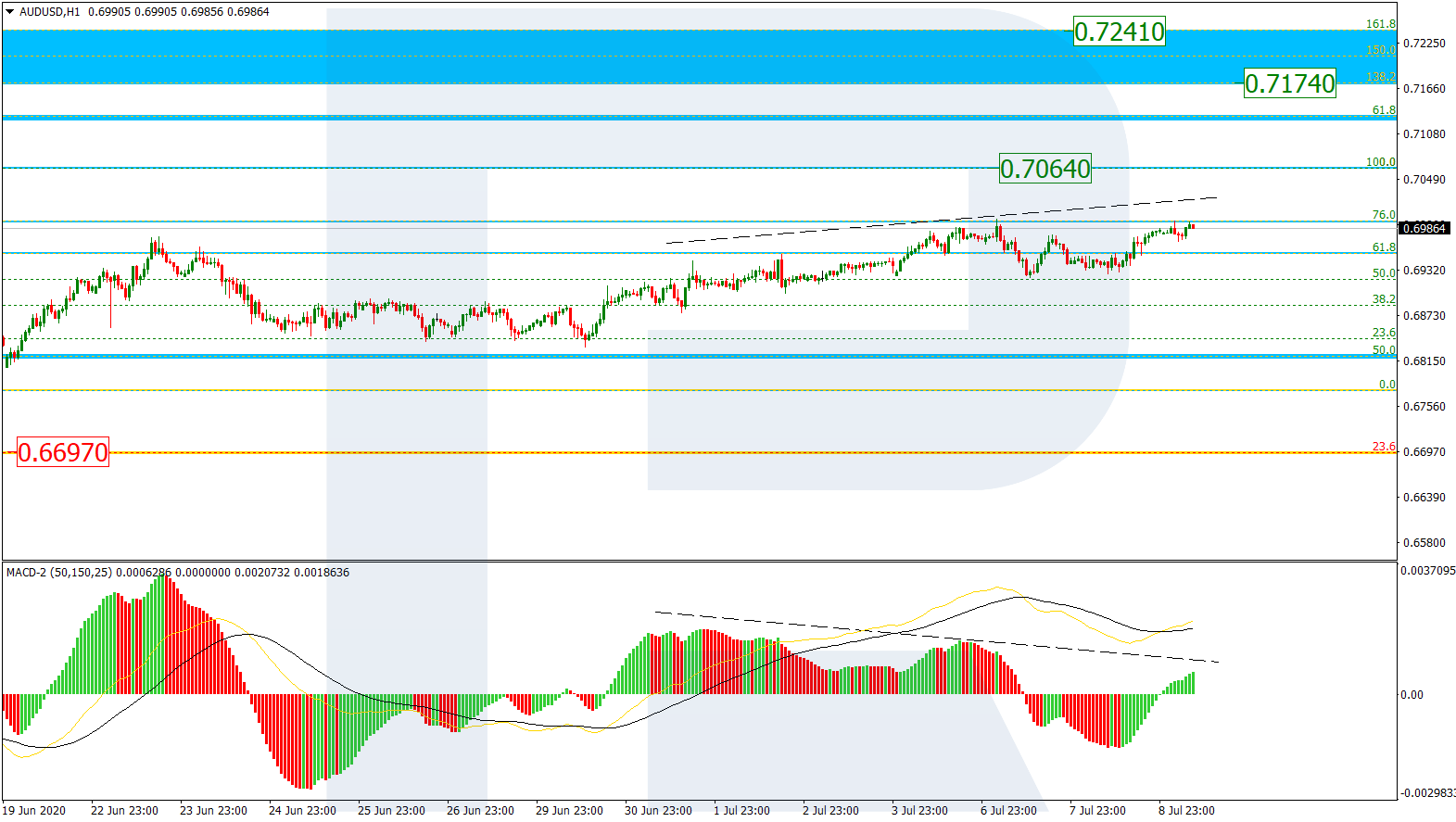 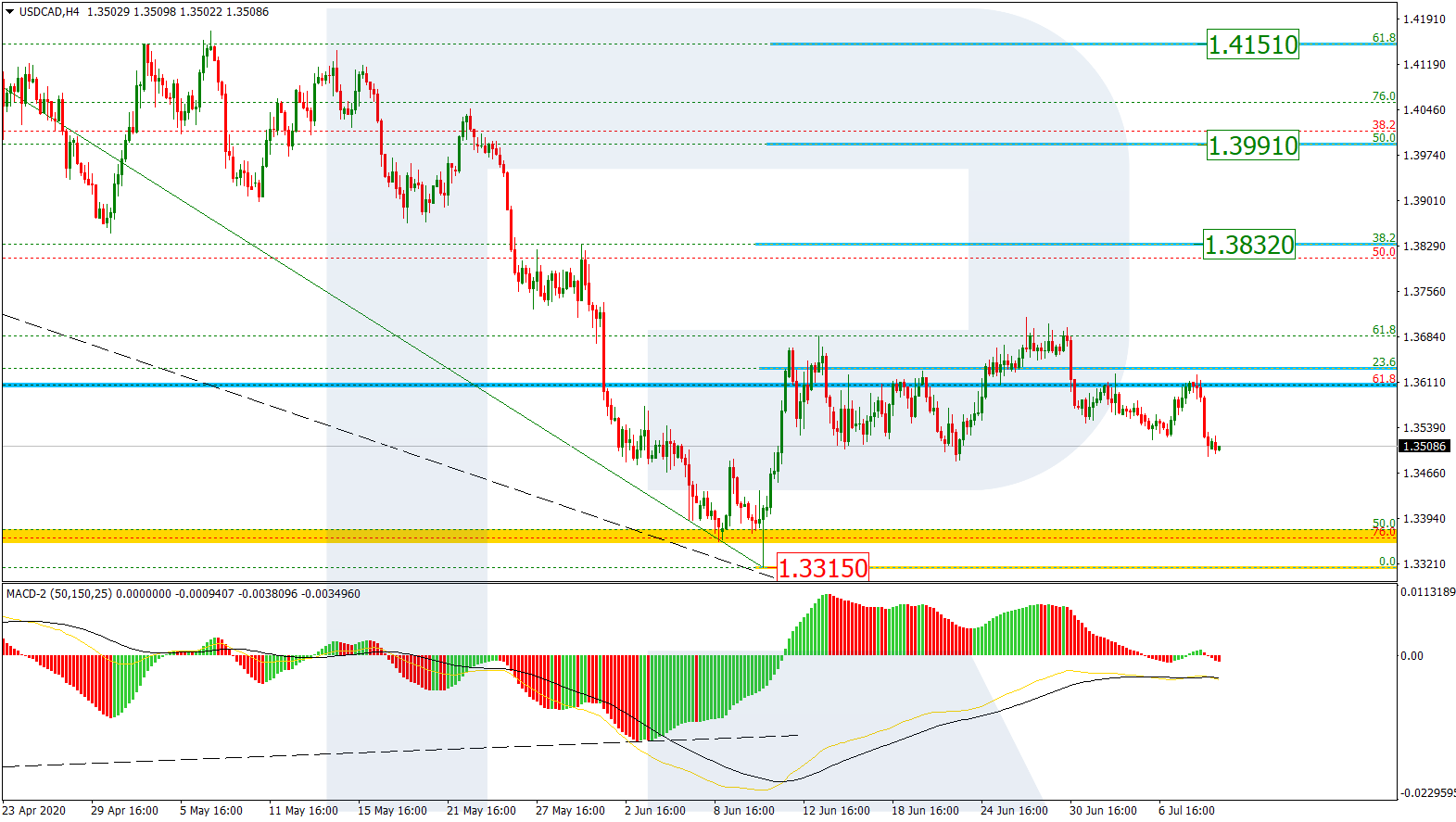 The H1 chart shows a more detailed structure of the descending correctional movement after the divergence on MACD. The descending wave has reached 50.0% fibo and may later continue towards 61.8% and 76.0% fibo at 1.3467 and 1.3411 respectively. If the price breaks the resistance at 1.3715, the mid term uptrend may resume. 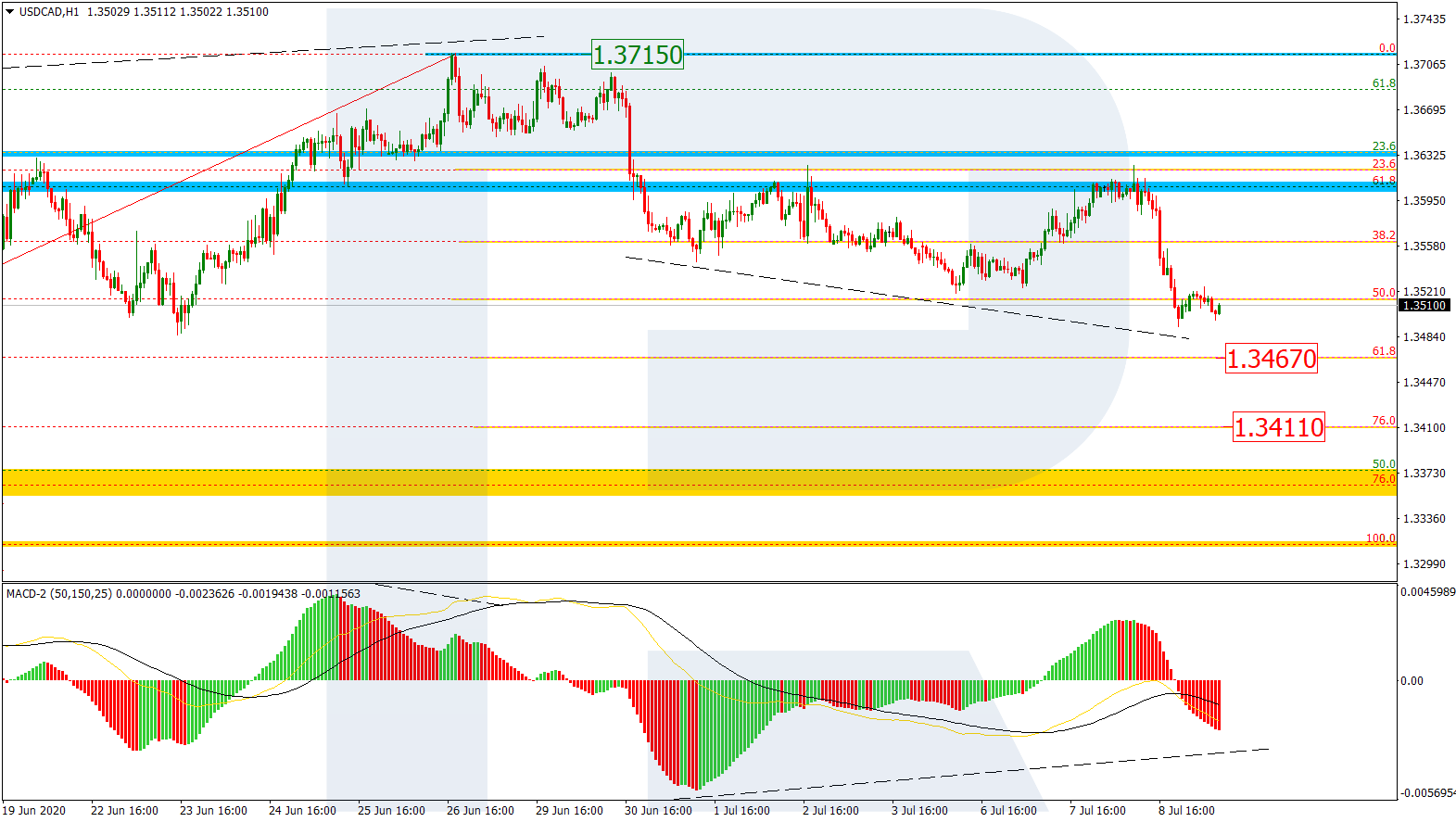