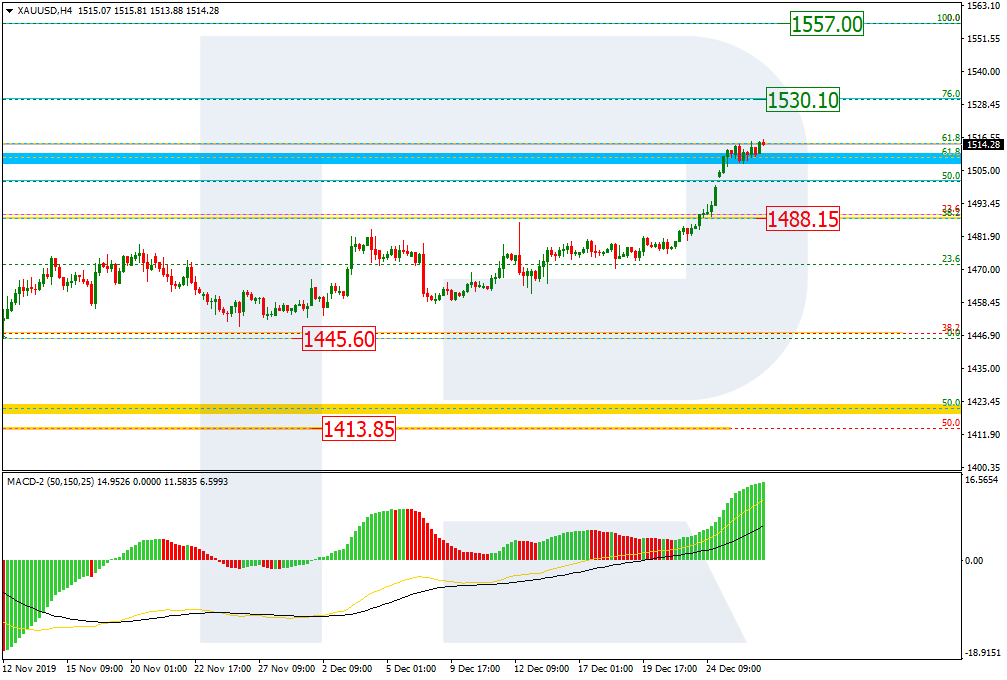 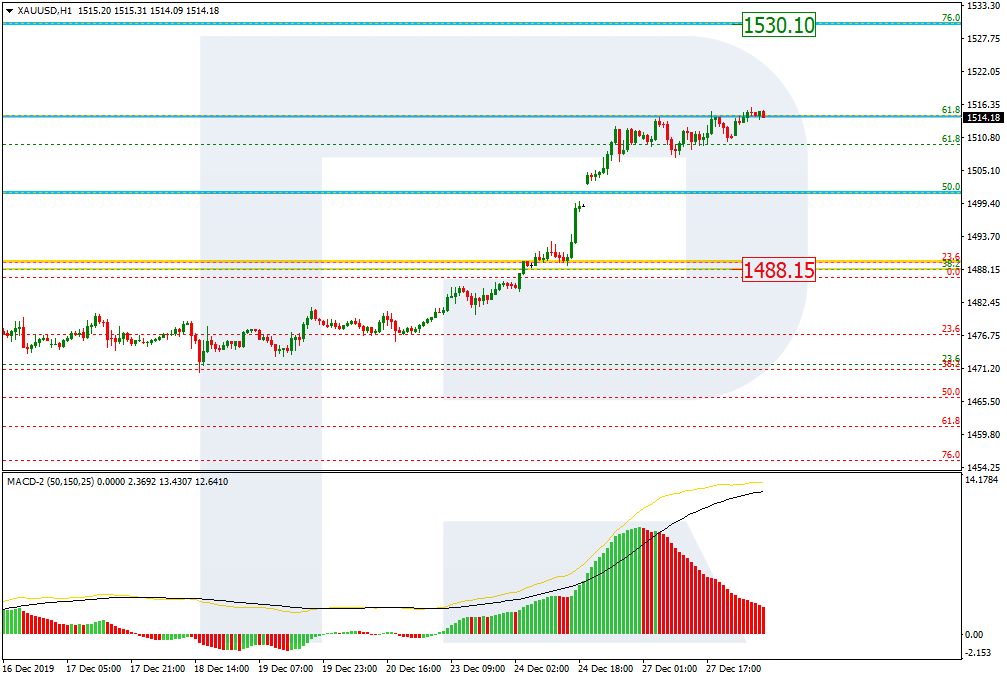 In the H4 chart, after completing the short-term correction and starting a new descending wave, USDCHF has broken 76.0% fibo; right now, it is moving towards the fractal low at 0.9660. at the same time, there is a convergence on MACD, which may indicate a new pullback after the pair reaches the low. The closest correctional target is 50.0% fibo at 0.9844. 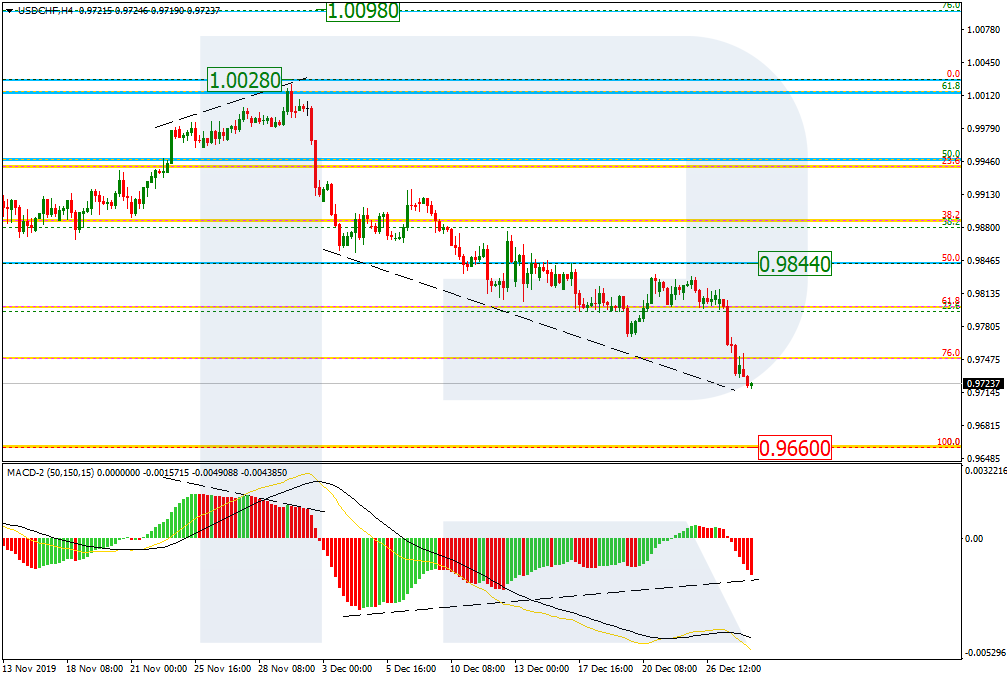 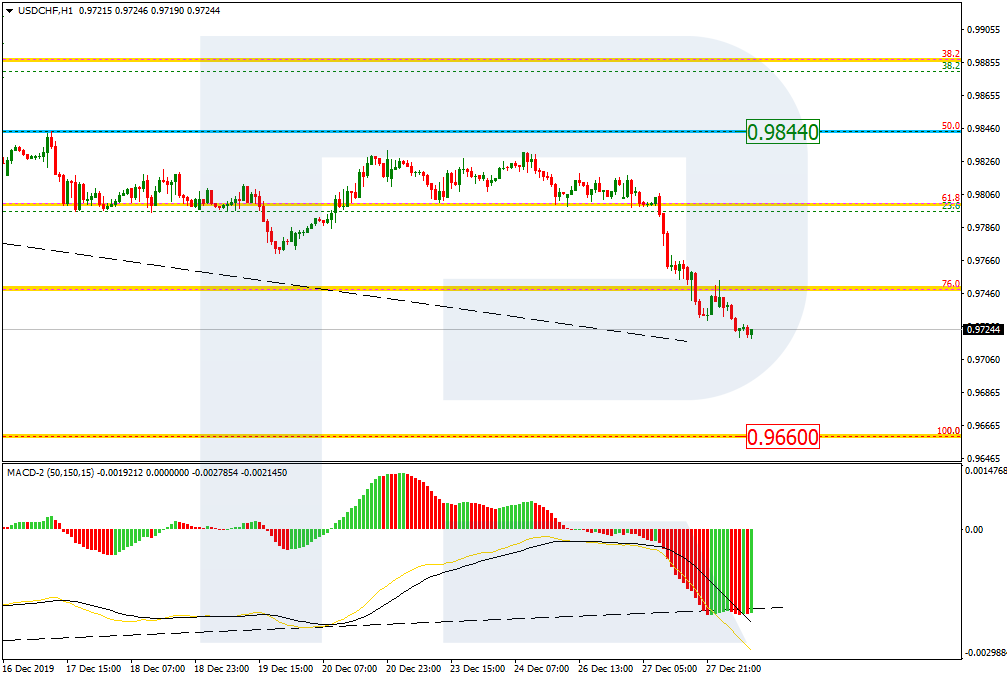