After rebounding from the level of 38.2%, the EUR/USD currency pair started moving downwards slowly. The stop on my sell order worked on Monday, so I opened a new one. The target is at the previous level of 38.2%. 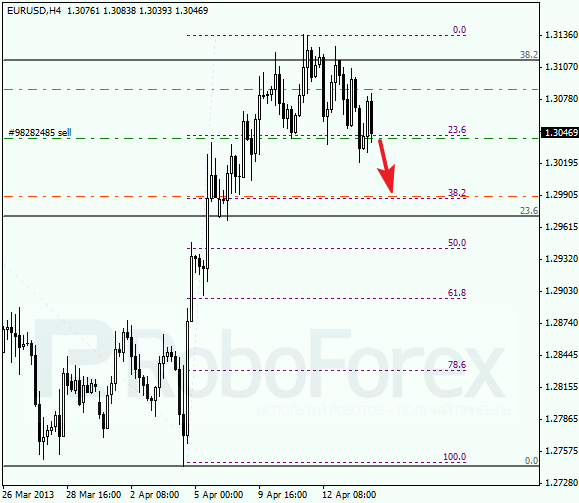 At the H1 chart, we can see that there are several fibo-levels in the target area. Analysis of temporary fibo-zones indicates that predicted levels may be reached by the end of Tuesday – two vertical levels of 0.618 are almost in the same spot. 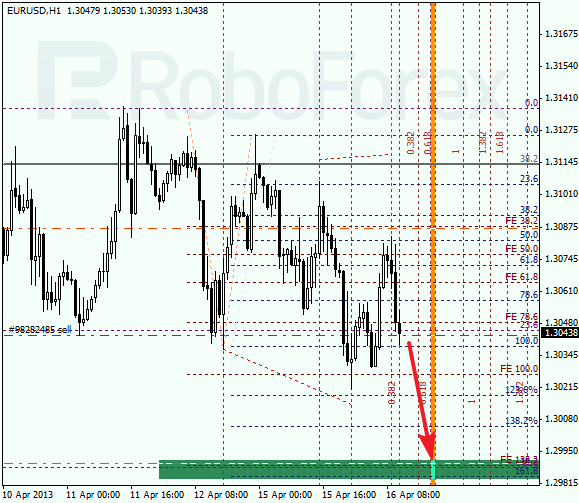 Franc is trying to rebound from the level of 50% again, but very slowly. However, in the nearest future the price is expected to start a local ascending movement towards the previous level of 38.2% (the dash-line). 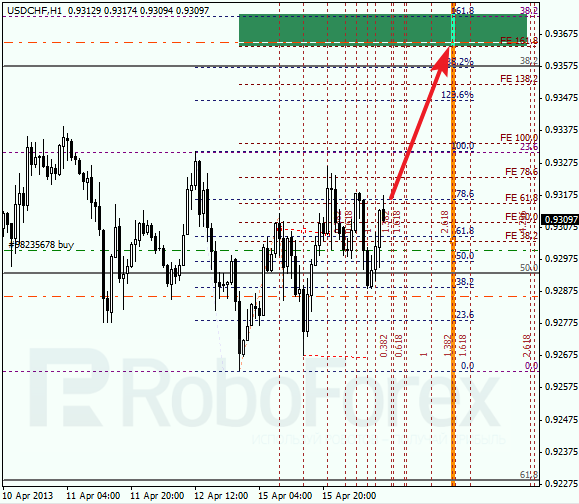 As we can see at the H1 chart, there are several fibo-levels in the target area. Analysis of temporary time zones indicates that the market may reach the level of 0.9370 during the day. Later this level may become a starting point of a new correction.