After rebounding from the group of upside fibo-levels three times, the EUR/USD pair resumed falling. It’s highly likely that in the nearest future the market may continue moving downwards to reach its local lows. 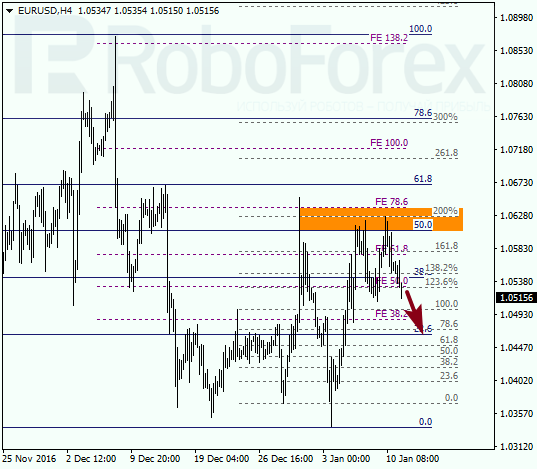 At the H1 chart, the pair is getting closer to the local target area at 1.0490. If later the price rebounds from this area, the market may start a new ascending correction. 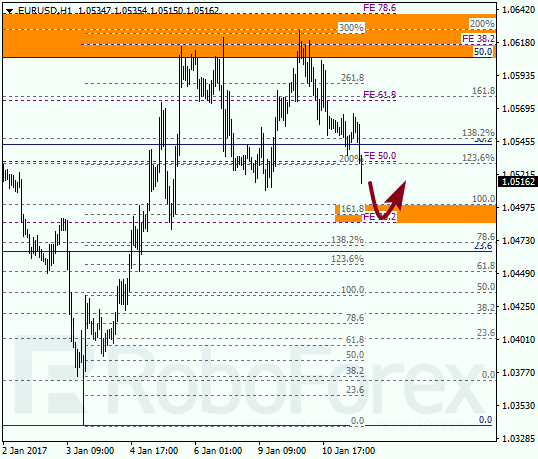 In case of the EUR/GBP pair, the correction is becoming higher. After rebounding from the retracement of 61.8%, the market reached a new high and continued growing faster. The main target for bulls is the group of fibo-levels at 0.8890 – 0.8860. 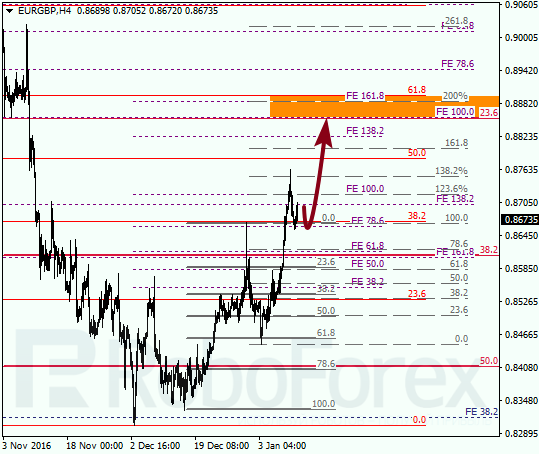 At the H1 chart, the correction may take place during the day. If later the pair rebounds from the correctional retracement of 38.2%, the price may resume growing. The closest target is the group of local fibo-levels at 0.8810 – 0.8780. 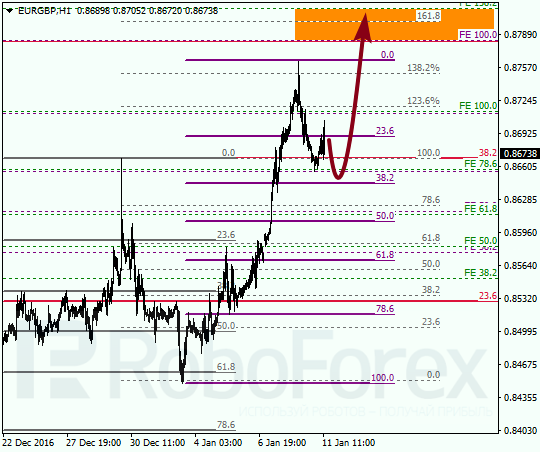