Well, correction continues. Price broke level of 61.8%, so next target for bulls is at 76.8%. During Thursday’s pullback, I opened short-term buy order and has already moved stop into the black. 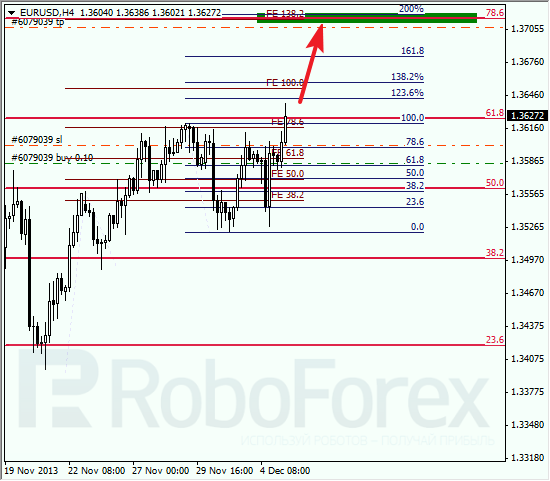 As we can see at H1 chart, upper target area is formed by four fibo-levels. According to analysis of temporary fibo-zones, predicted targets may be reached until the end of this week. If price rebounds from level of 78.6%, market may reverse downwards. 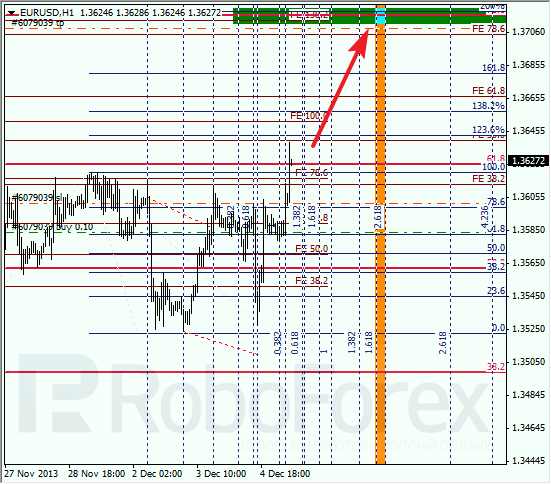 Franc is also falling down; but here target is a bit closer. Most likely, correction may yet continue for a while in the nearest future, but later market is expected to start new descending movement towards level of 78.6%. 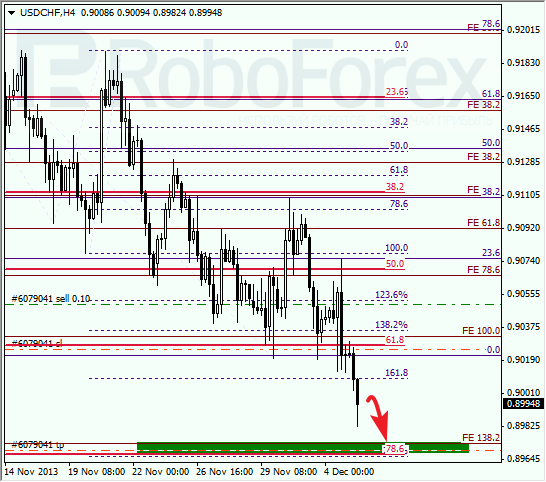 Yesterday market broke minimum and almost reached lower fibo-levels. According to analysis of temporary fibo-zones, targets may be reached on Friday. 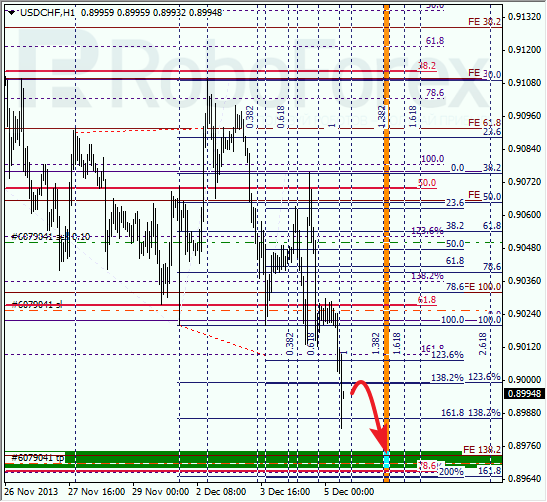