Eurodollar is still consolidating. After local correction, I opened my second buy order. In the future, price is expected to break maximum and continue growing up towards upper fibo-levels. 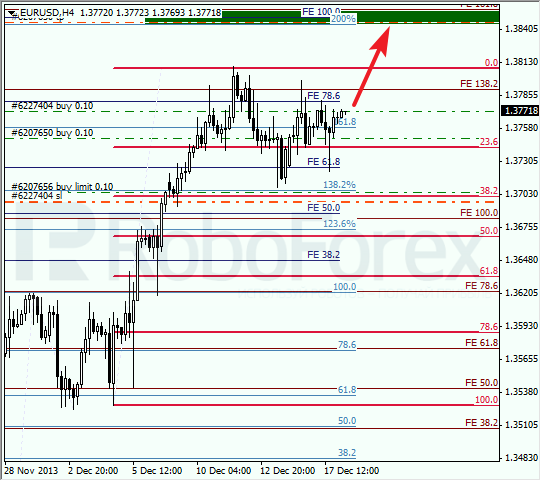 As we can see at H1 chart, there a several fibo-levels at the top. According to analysis of temporary fibo-zones, pair may reach its targets during Wednesday. I’ll move stop into the black as soon as price reaches new maximum. 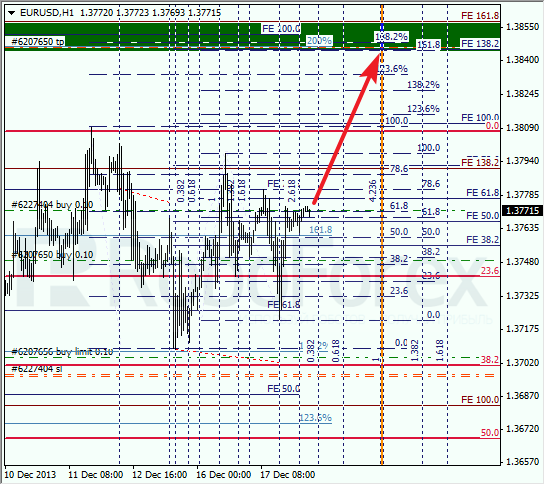 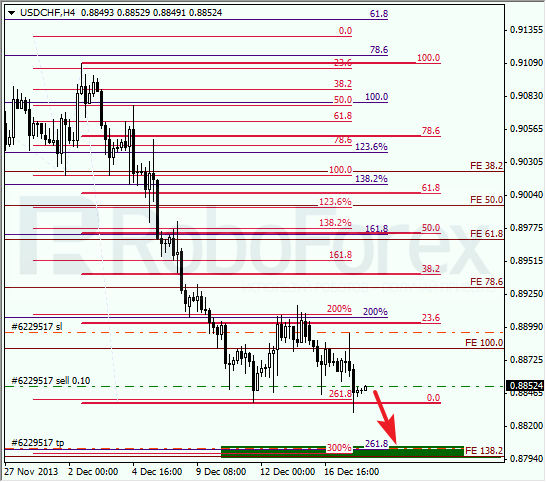 At H1 chart we can see, that lower target area is formed by six fibo-levels. Possibly, pair may reach new minimums during the day. According to analysis of temporary fibo-zones, predicted targets may be reached tomorrow. 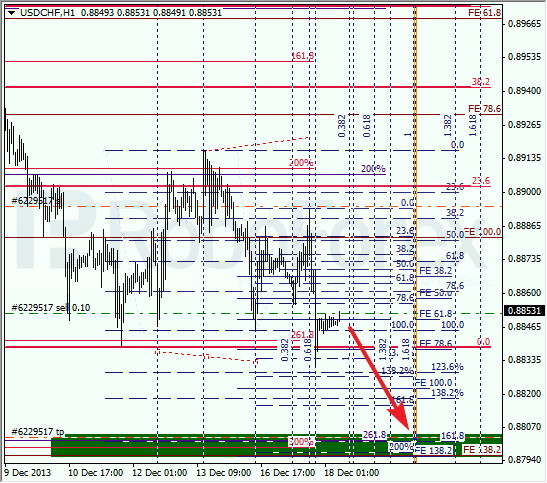