We may assume that the Index is forming double zigzag pattern inside wave [2]. On the minor wave level the price finished an impulse inside wave A. Most likely, after completing a local correction, the instrument will start a new ascending movement inside wave C of (Y). 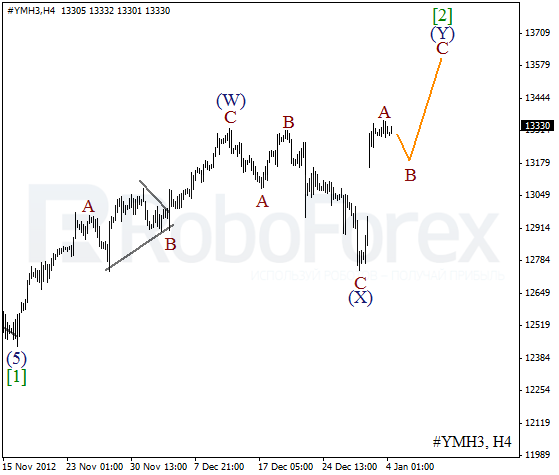 More detailed wave structure is shown on the H1 chart. It looks like the price started a correction inside wave B. There is a possibility that the gap level may become a support one; the instrument may rebound from it and start forming a bullish wave C. 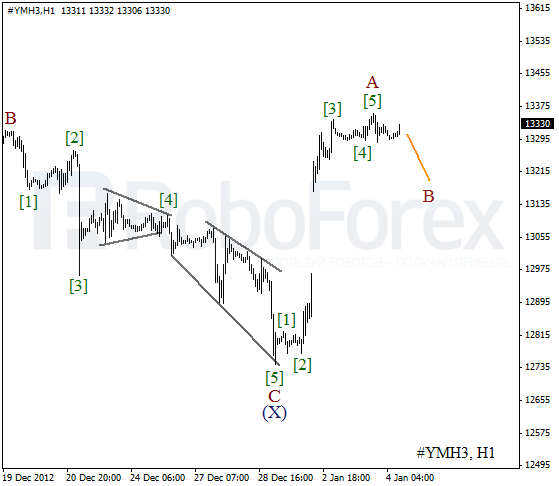 It looks like a correction continues; wave (2) is taking the form of zigzag pattern with wave C inside it. In the near term, the price may grow up a little bit, but later Oil is expected to make a reverse and start a new descending movement inside the first wave. 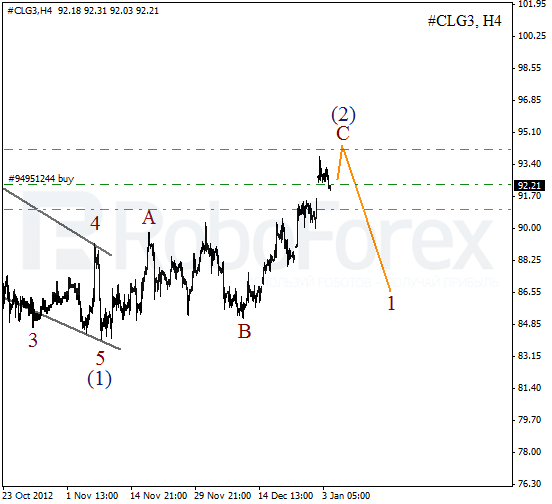 As we can see at the H1 chart, wave [5] is being expanded. On the minor wave level the price finishing the fourth wave. The price movement is supported by the gap level; if the instrument rebounds from it, the price will start a new ascending movement inside the fifth wave. 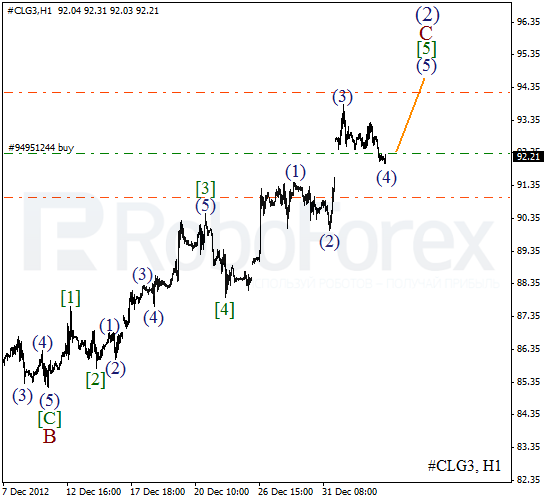