At H4 chart, Index is still being corrected; it looks like price is finishing the second wave. I’m keeping my buy order and expecting new ascending movement inside wave (1). 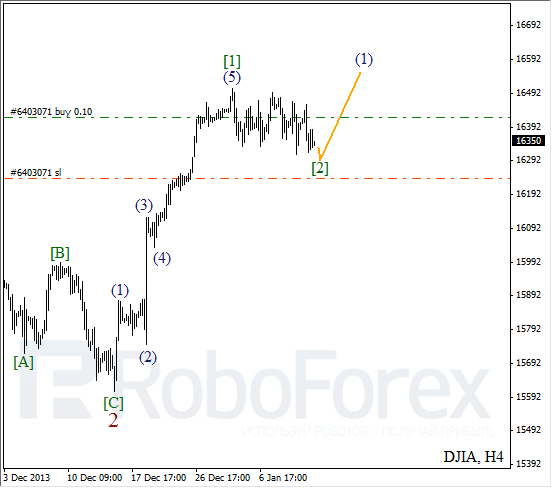 As we can see at the H1 chart, wave (2) is taking the form of double three pattern. During Monday, Index may form several bearish waves, but price is very unlikely to form deep correction. In the future, instrument may start new ascending movement inside wave 1 of (1). 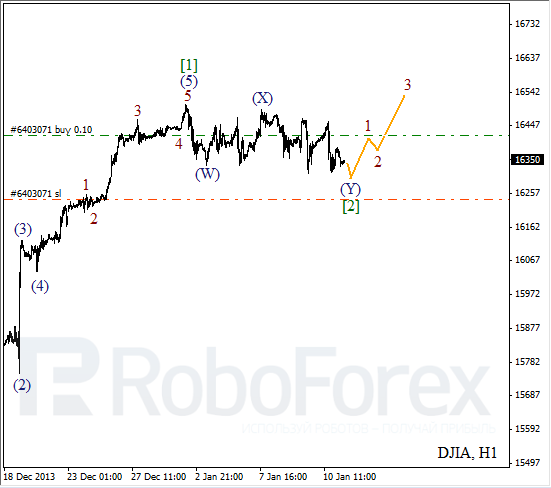 After completing zigzag pattern inside wave [B], Oil formed initial descending impulse. Price may be corrected for a while in the beginning of the week, but later instrument is expected to start new descending movement inside the third wave, during which I’m planning to open several orders. 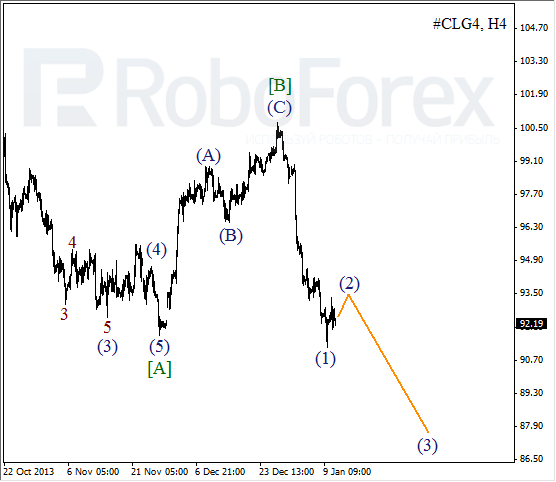 After finishing wave 5 of (1), Oil formed three waves up pattern inside wave W. local correction may take place in the nearest future, after which instrument is expected to start short-term ascending movement inside wave Y of (2). 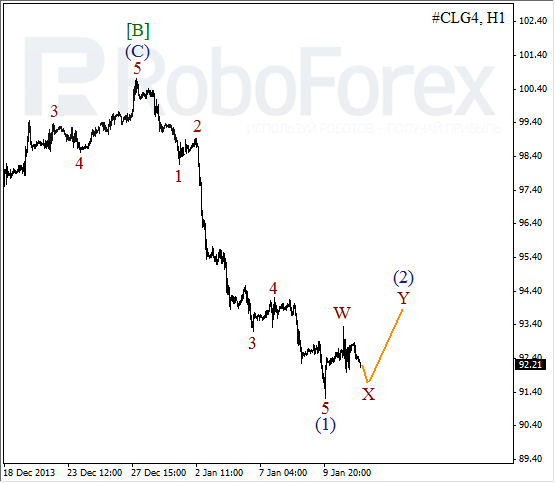