Correction turned out to be deeper than we expected; it looks like price is finishing wave [2]. Possibly, in the nearest future bulls will return to the market and start forming the first ascending wave. 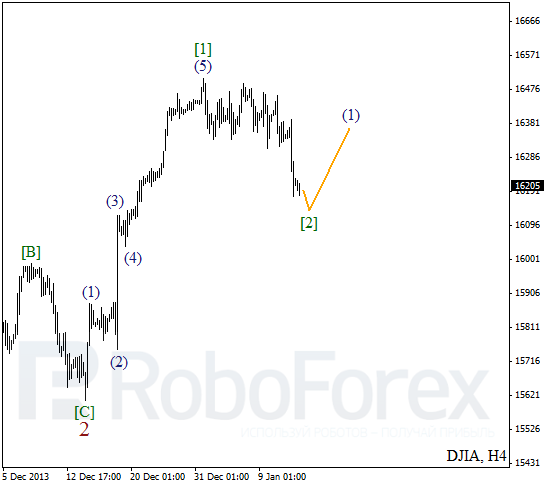 More detailed wave structure is shown on H1 chart. It looks like wave [2] is taking the form of double zigzag pattern. During Tuesday, Index may reach several new minimums, but later it is expected to start new ascending movement. 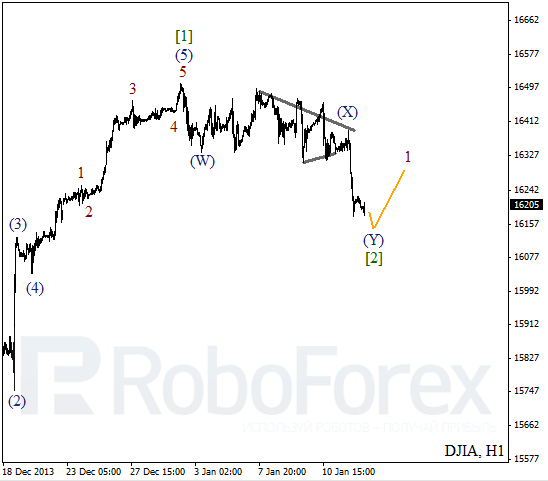 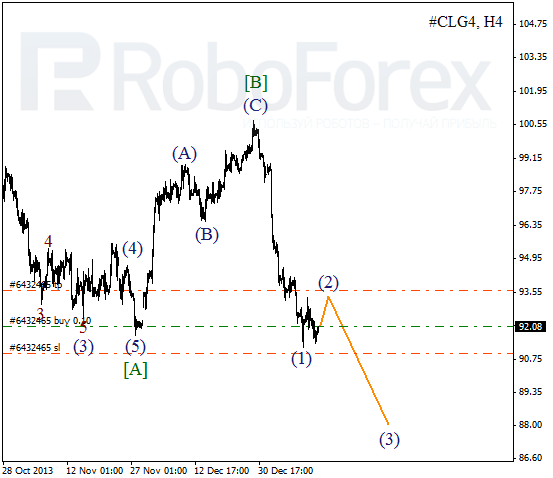 As we can see at the H1 chart, Oil is forming double zigzag pattern inside wave (2). Probably, price completed short ascending impulse inside wave Y of (2) and may continue growing up during the day. 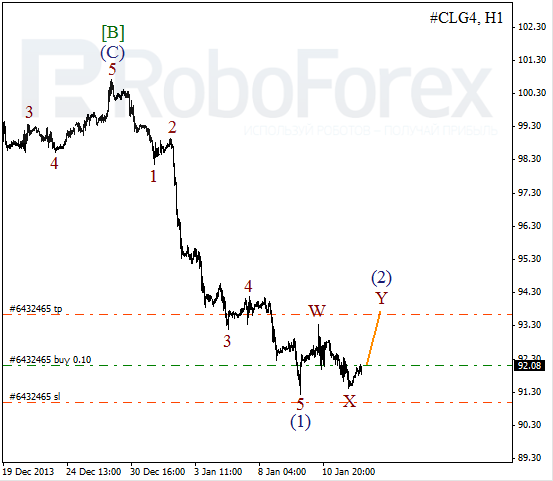