It looks like the Index is finishing an ascending diagonal triangle pattern. On the minor wave level the price is forming zigzag pattern inside wave 5. The bulls may yet reach a new local maximum, but the instrument is likely to make a reverse very soon. 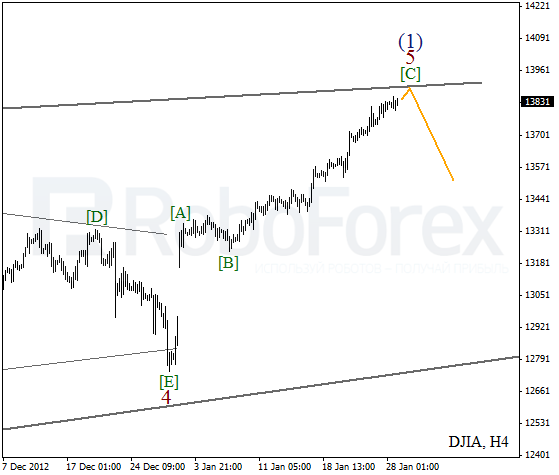 As we can see at the H1 chart, the Index is stopping moving upwards after completing diagonal triangle pattern inside the fifth wave. In order to finish the whole structure the price needs several more ascending waves. However, during the next several days the bears may become more dominant at the market. 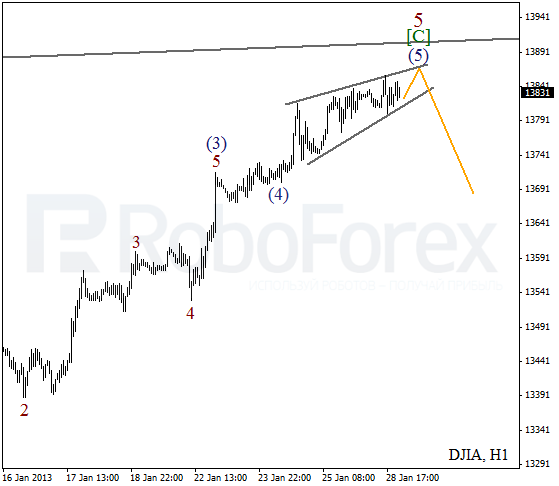 An impulse inside wave inside wave C looks quite completed. On the minor wave level the price is forming an initial descending impulse. The instrument may start a new descending movement during the next couple of days. 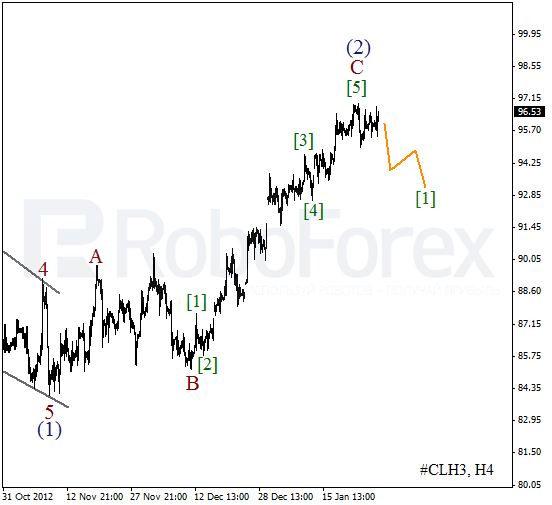 It looks like after finishing wave [5] in the form of diagonal triangle pattern, the market formed a descending impulse inside wave (1). Most likely, in the nearest future Oil will start a new descending movement inside the third wave. 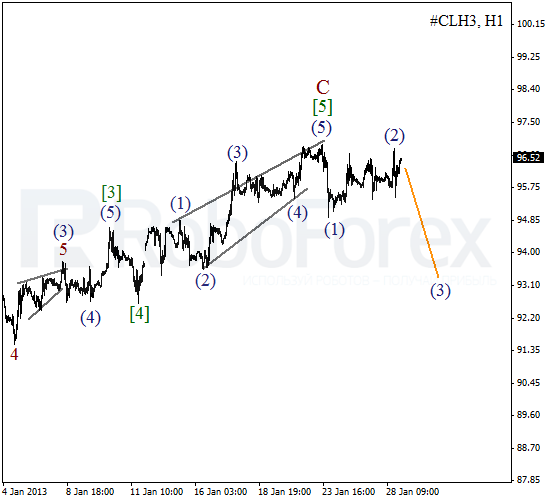