Index is still forming descending impulse inside wave [C]. On minor wave level, price is falling down inside the fifth wave. Most likely, instrument will reach several new minimums during the day. 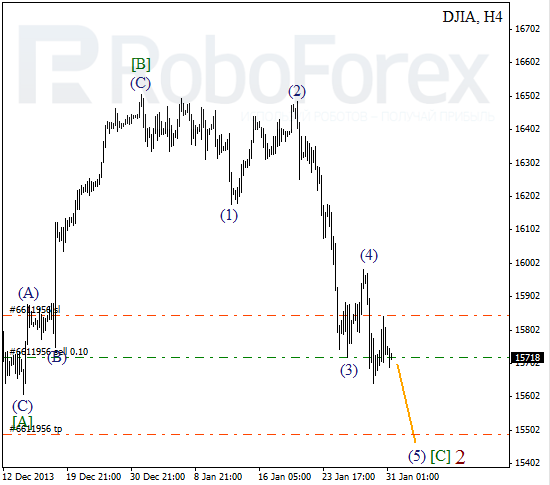 As we can see at the H1 chart, Index completed the second wave inside the fifth one. In the future, price is expected to move downwards inside wave [3] and break previous minimum. As soon as it happens, I’ll move stop into the black. 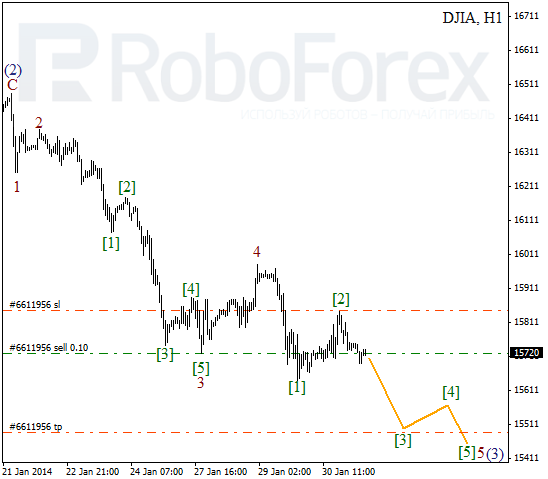 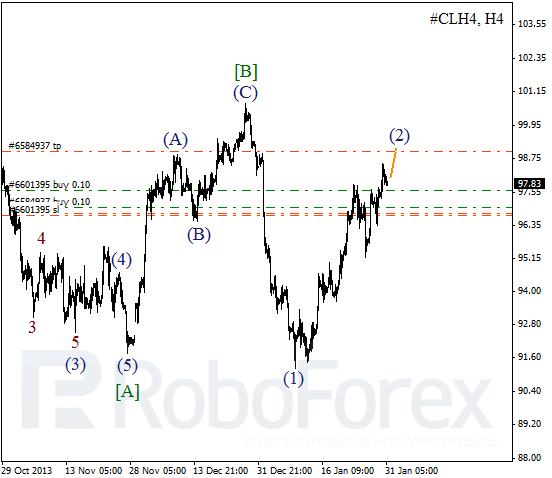 More detailed wave structure is shown on H1 chart. In the near term, Oil is expected to complete this correction and move upwards for a while inside the fifth wave. 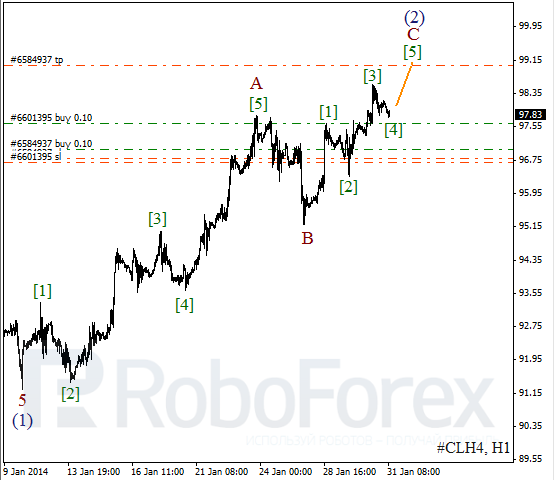