Index is still moving downwards. It looks like right now price is forming bearish impulse inside wave [C]. In the near term, market is expected to fall down inside the fifth wave. Instrument may reach new local minimum during the day. 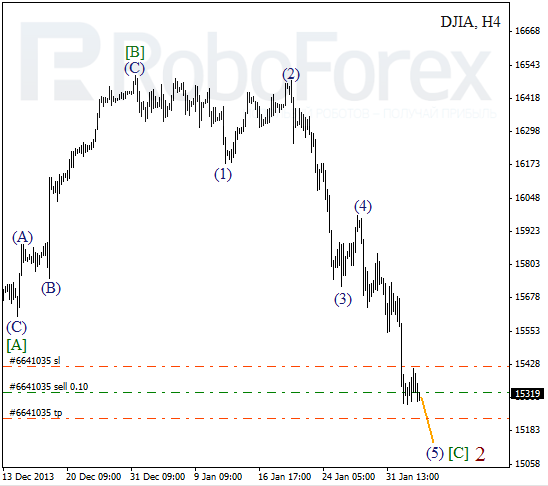 More detailed wave structure is shown on H1 chart. It looks like price is extending the third wave inside wave 5. Later instrument is expected to start local correction inside wave [4]. 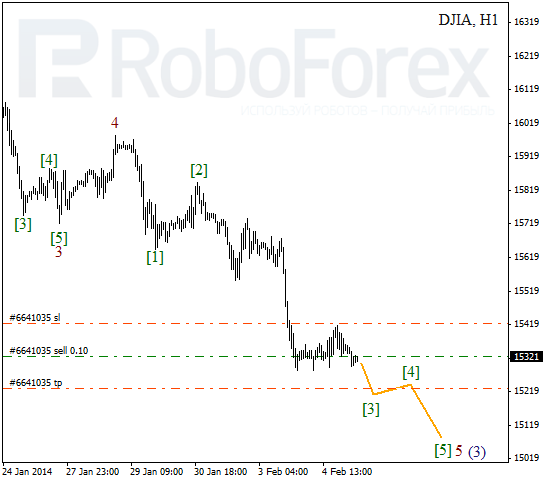 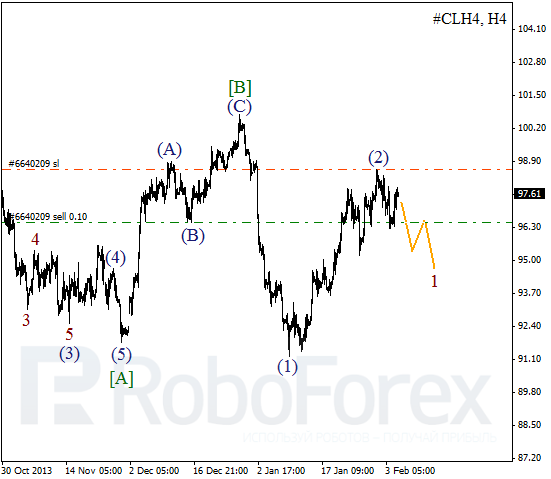 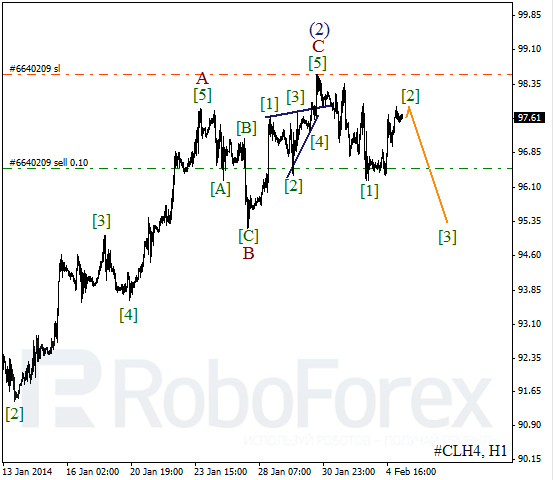