It looks like the Index completed the fourth wave; the bulls are trying to start a new ascending movement inside the fifth one. Most likely, in the nearest future the price will break a local maximum and reach the level of 14000. 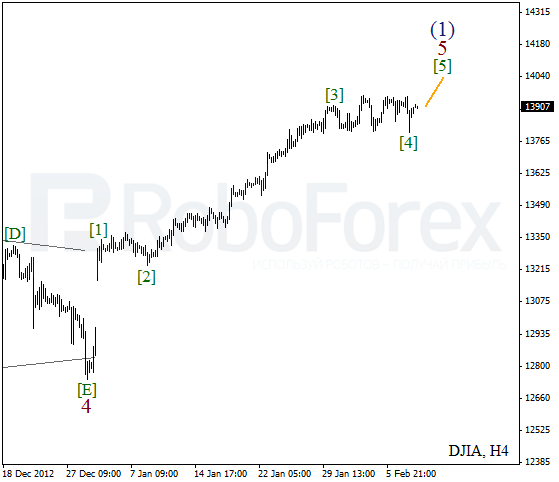 At the H1 chart we can see that wave [4] was completed in the form of zigzag pattern. On the minor wave level the price formed diagonal triangle pattern inside wave (B). Later, the instrument is expected to start a correction and then start moving upwards inside wave (3) of [5]. 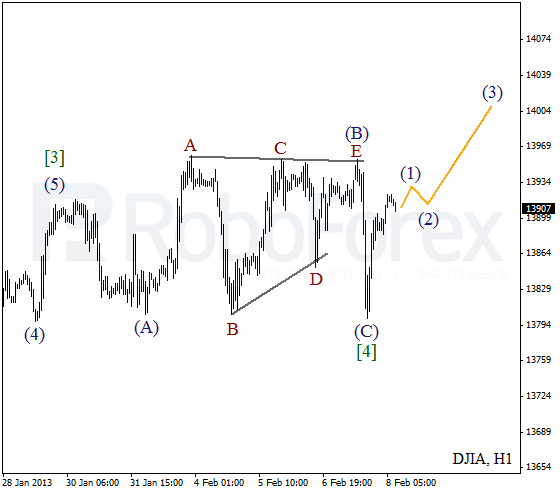 We may assume that wave C has been completed. On the minor wave level Oil formed an initial impulse inside wave [1]. Most likely, in the nearest future the price will continue moving downwards and break a local minimum. 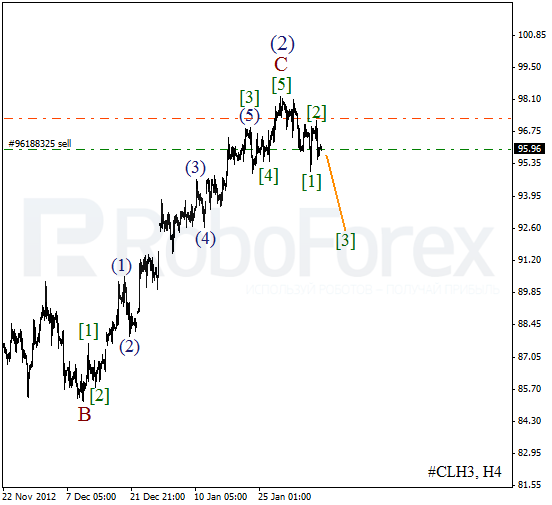 As we can see at the H1 chart, Oil finished wedge pattern inside the first wave. Wave [2] also has been already completed and right now the bears are trying to start a new descending movement inside the third one. The target for the next several hours is the level of $99 per barrel of Light Sweet. 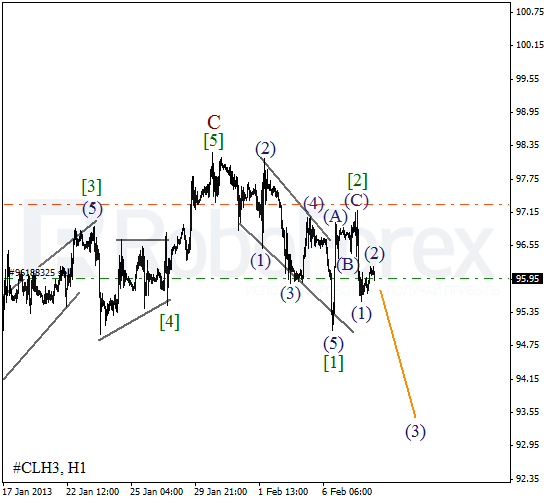