Index continues moving upwards quite fast. Probably, right now price is forming wave (3) of [3]. Stops on all of my three buy orders are already in the black. Later in the future, I’m planning to increase my long position. 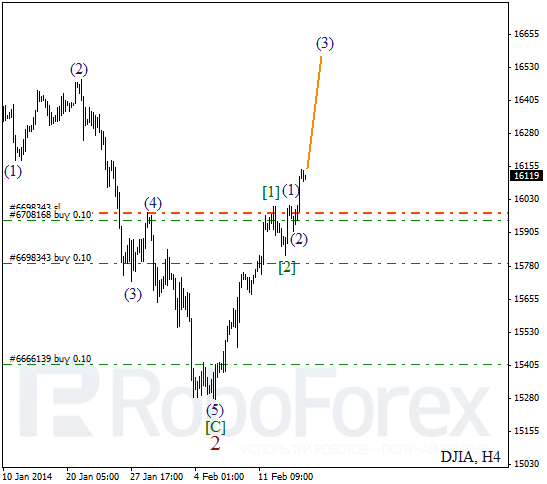 As we can see at the H1 chart, wave (2) took the form of flat pattern. On minor wave level, price formed initial impulse inside the third wave. Most likely, after completing local correction, market will start new ascending movement. 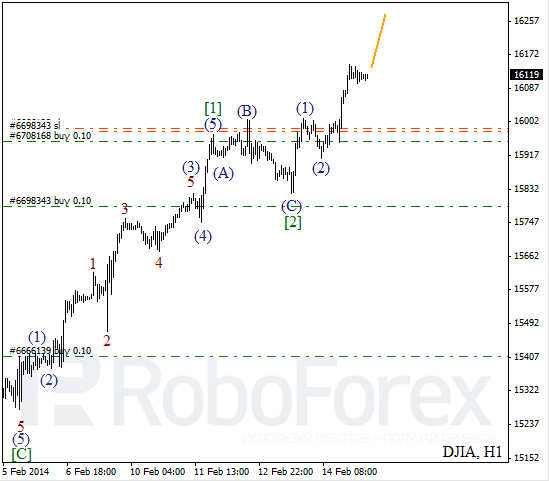 Oil is still moving close to its local maximums. Probably, price completed local correction in the form of double three pattern. In the nearest future, instrument is expected to start new descending movement inside wave 1. 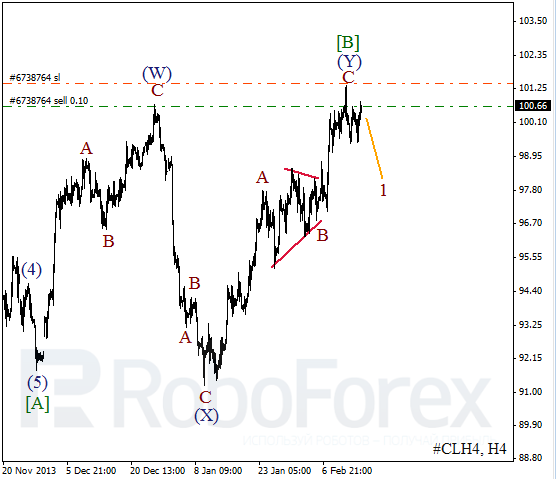 More detailed wave structure is shown on H1 chart. Probably, wave [5] took the form of diagonal triangle pattern and then price formed bearish impulse inside wave [1]. In the nearest future, instrument is expected to complete local correction and start move downwards inside the third wave. 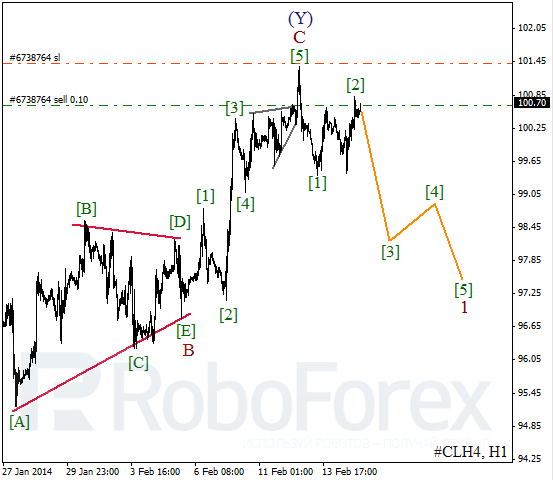