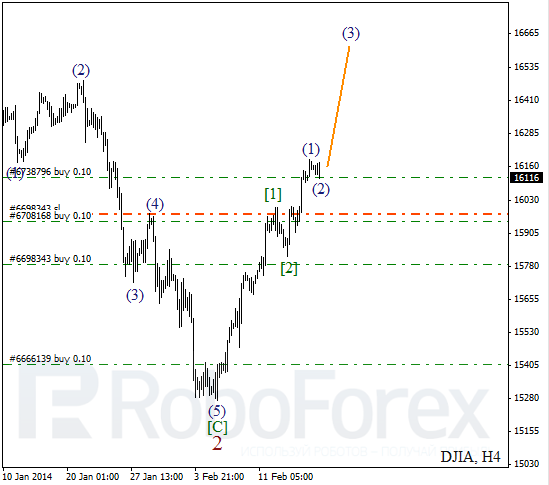 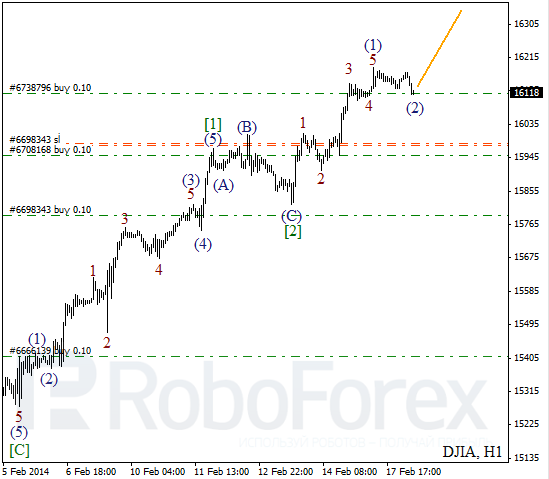 Probably, Oil finished wave [B] in the form of double three pattern. On minor wave level, wave (Y) took the form of zigzag pattern. In the nearest future, instrument is expected to move downwards inside wave 1. 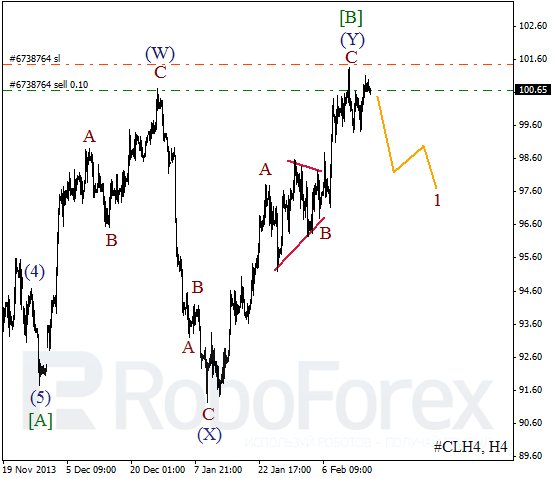 As we can see at the H1 chart, Probably, after finishing diagonal triangle pattern inside wave [5], market formed initial descending impulse. After local correction, instrument is expected to start moving downwards inside the third wave. 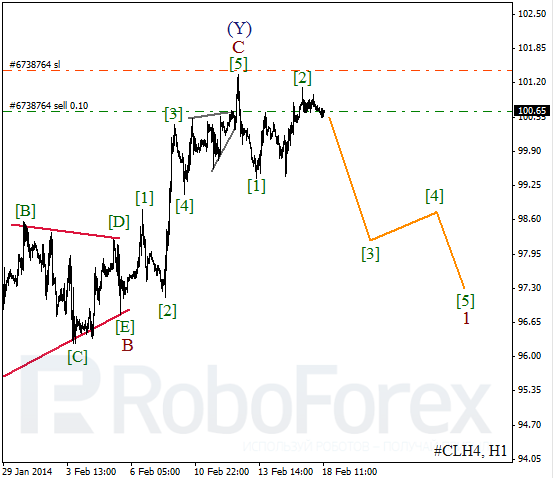