It looks like the Index continues forming diagonal triangle pattern inside the fifth wave. Yesterday the bulls reached a new local maximum, but they are very unlikely to continue pushing the price upwards. The chances of a reverse are growing. 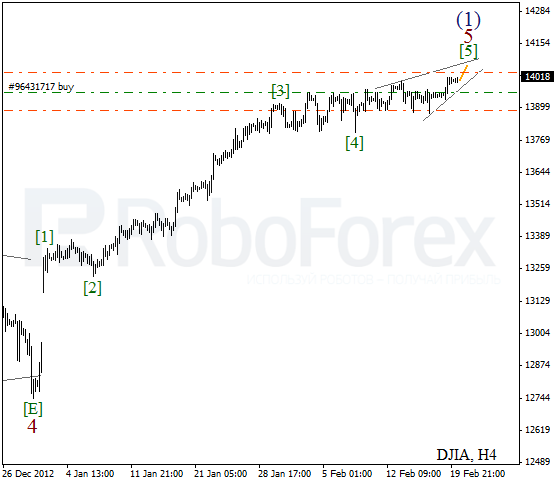 More detailed wave structure is shown on the H1 chart. Inside diagonal triangle pattern the price is forming the third wave, which is taking the form of zigzag. Most likely, the instrument will start forming a correction inside the fourth wave in the nearest future. 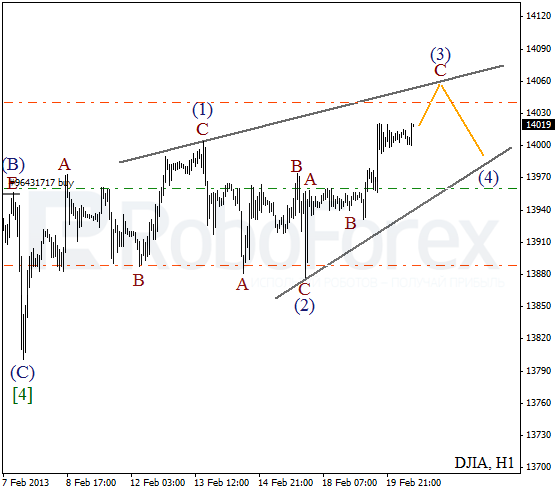 We may assume that the price completed zigzag pattern inside wave [4] and then started forming the fifth wave. On the minor wave level the instrument is forming wave (3). We can’t exclude a possibility that Oil may break a local maximum during the next several days. 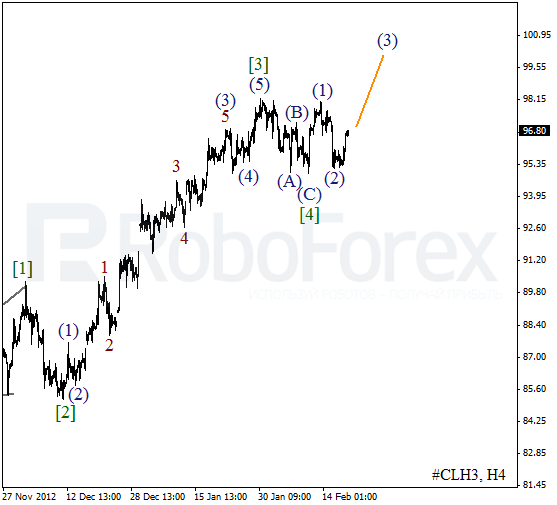 As we can see at the H1 chart, Oil formed wave (2) in the form of zigzag pattern. Currently the price is forming the third wave inside wave 1. The instrument may continue moving upwards during Wednesday. 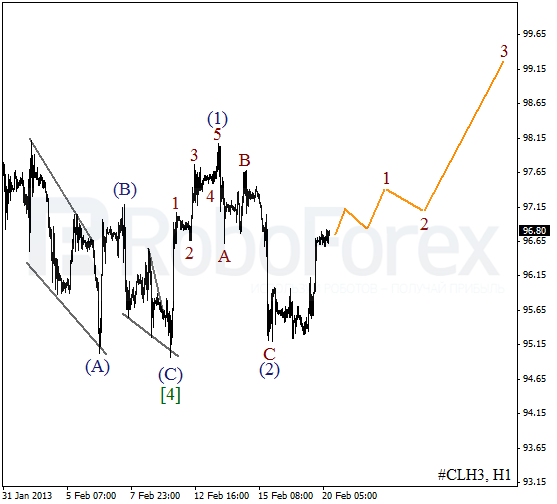