On Monday, Index reached new maximum. Possibly, price is starting to form extension inside wave [3]. Stop on my buy order is placed at minimum; I’m planning to open additional orders during the third wave. 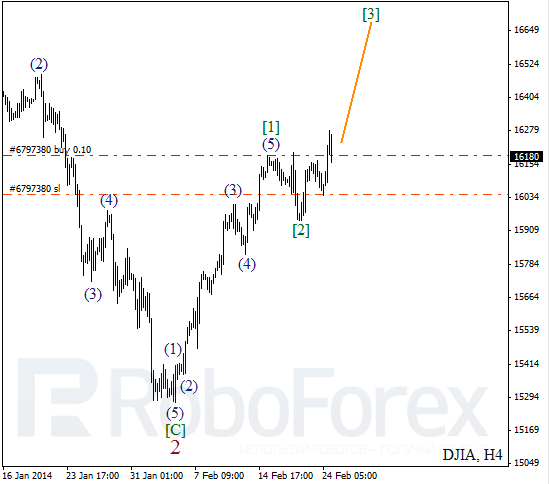 As we can see at the H1 chart, after completing bearish zigzag pattern inside wave [2], Index formed two initial ascending impulses in a row. During the day, instrument is expected to complete local correction and start moving upwards inside the third wave. 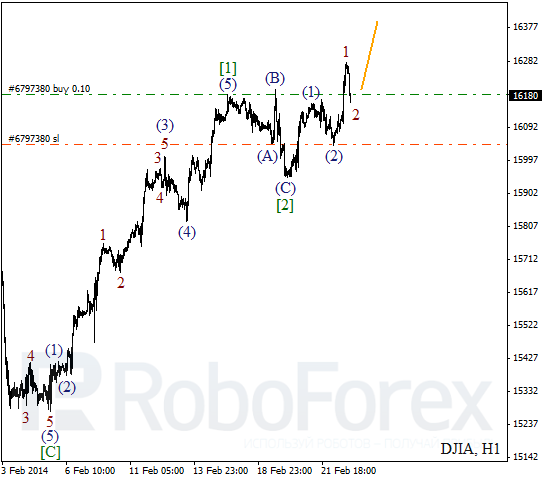 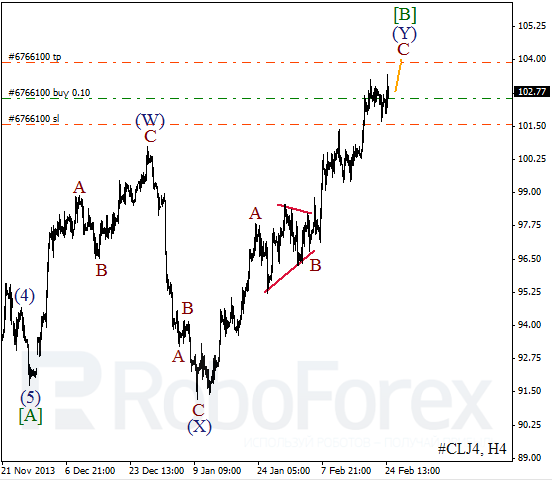 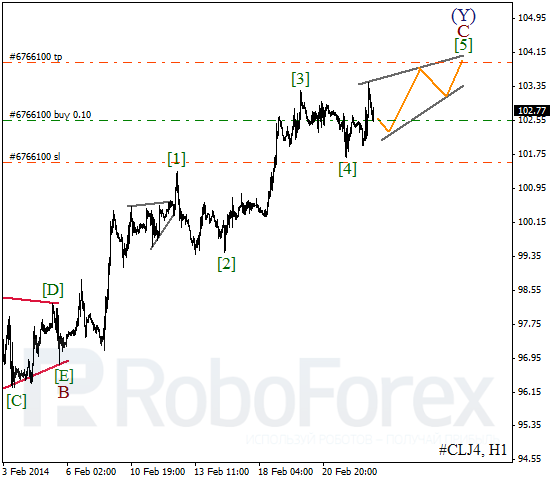