We may assume that the Index is making a reverse downwards. After completing wave [1], the market is being corrected inside the second one. It looks like the instrument is going to start falling down and form the third wave very soon. 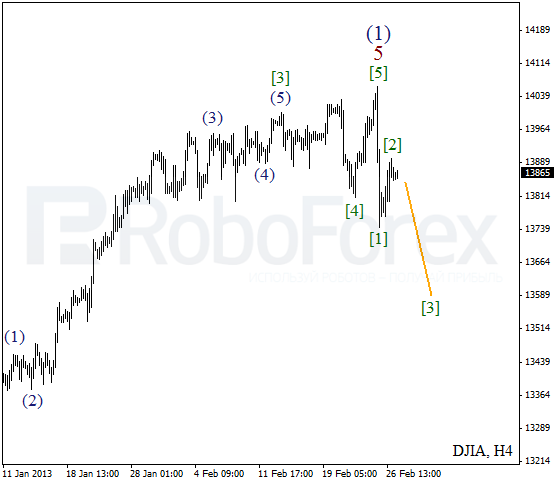 More detailed wave structure is shown on the H1 chart. We can’t exclude a possibility that wave [2] was completed. If the assumption is correct, the Index may start forming wave (1) during Wednesday. After the price forms an initial descending impulse and starts a correction, I’ll try to open some sell orders. 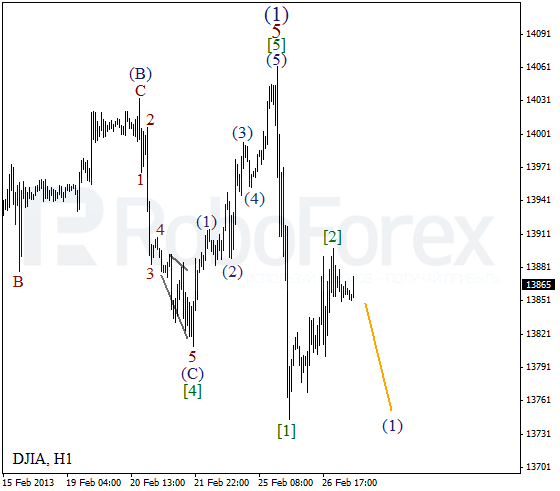 Oil is still forming the third wave. On the minor wave level the price started the fifth wave yesterday. We can’t exclude a possibility that during the next several hours the instrument may break a local minimum and the bears will continue pushing the price towards the level of $91 per barrel of Light Sweet. 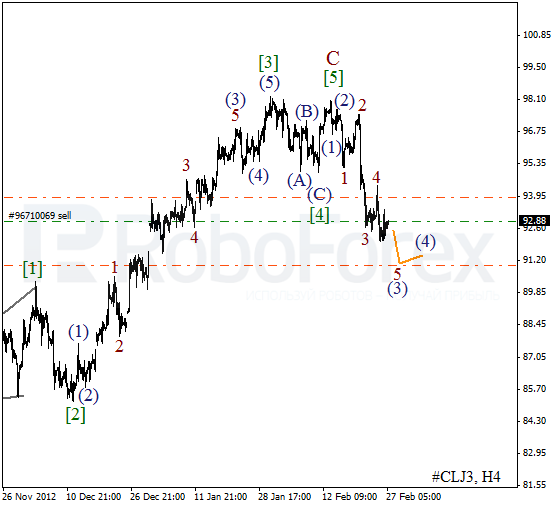 As we can see at the H1 chart, wave 4 was completed in the form of double three pattern. Later the price finished wave [1] and right now started a correction is taking place. In the near term, we can expect the price to start moving downwards inside wave [3]. 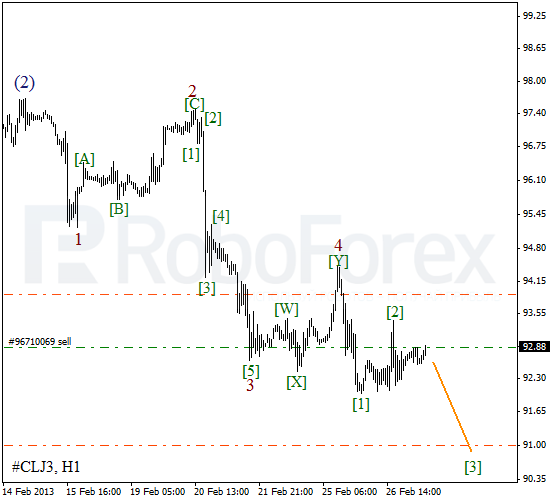