It looks like the Index is still making another reverse. We may assume that the price formed divergent horizontal triangle inside wave [4], a quite rare pattern. In the near term, the instrument is expected to continue growing up and form wave [5] of 5. 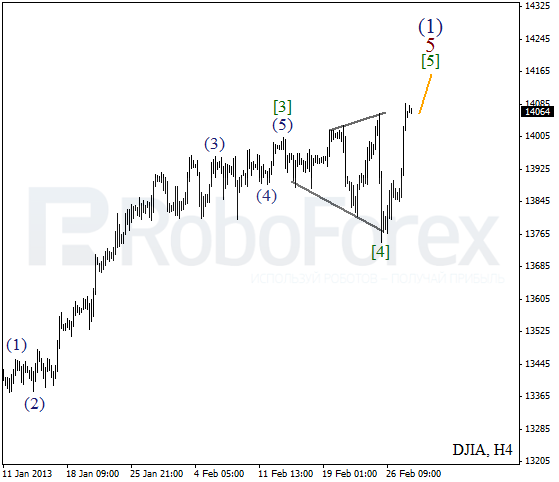 More detailed wave structure is shown on the H1 chart. Yesterday the market grew up inside the third wave and right now a local correction is taking place. Most likely, the Index will start a new ascending movement inside wave (5) during the day. 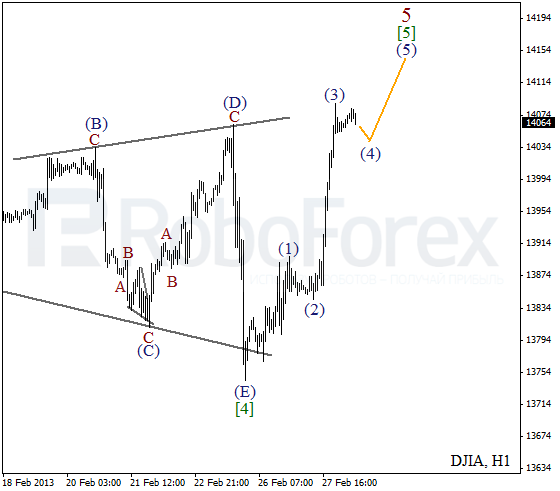 Oil is still moving downwards and expanding the third wave. On the minor wave level the price is forming wave 5 of (3). We can’t exclude a possibility that during the next several hours the instrument may break a local minimum. 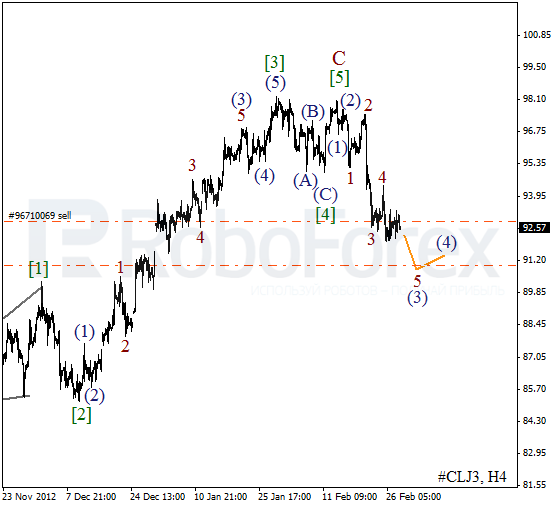 As we can see at the H1 chart, wave 5 is taking the form of diagonal triangle pattern. The price is starting to form a new short wave, the third one. Despite the fact that the forecast is bearish, I’ve already moved the stop on my order into the black. 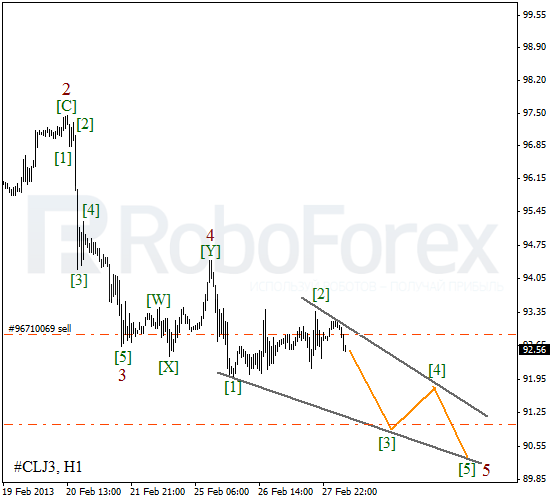