After completing an initial impulse in a downward direction, the price continued the correction. Most likely, the formation of wave [2] will continue during the day. In the near term, we can expect New Zealand Dollar to start moving downwards while forming the third wave. 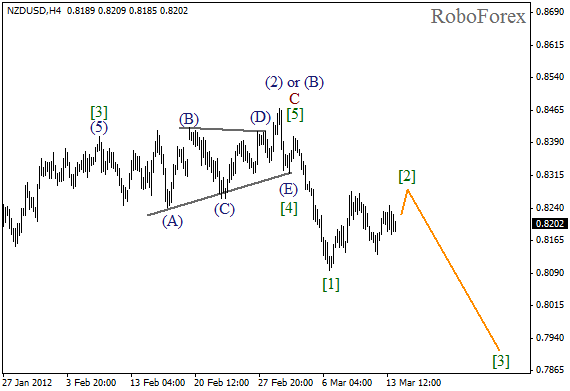 It looks like wave [2] is taking the form of double zigzag pattern. On the minor wave level the price is forming wave (Y) with wave B completed inside it a couple of hours ago. There is a possibility that the price may make a local upward movement in wave C of (Y) on Wednesday. 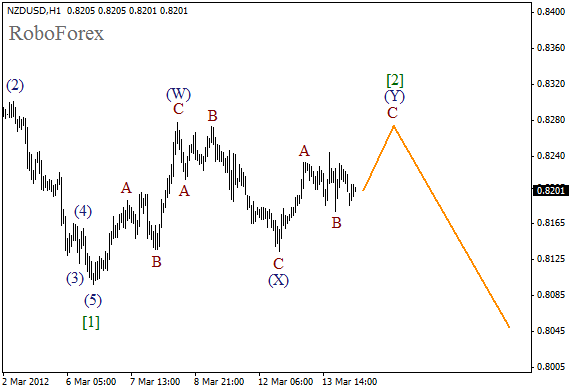 Euro is moving close to the local maximums of the last couple of days. It looks like the price is in the very beginning of wave (3). During the next several days the pair may fall down much lower. The target for the bears is at the level of 1.2700. 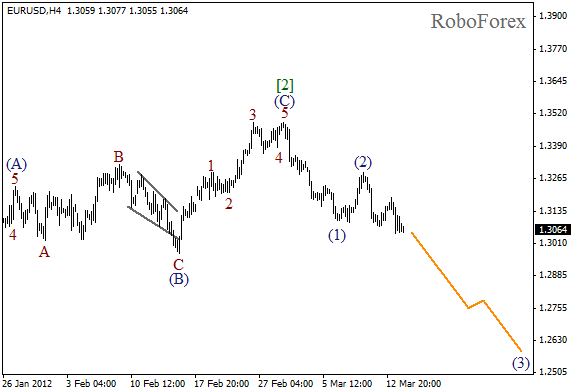 We may assume that the price is forming an initial wedge pattern at the H1 chart of the pair. Wave 1 is about to be completed very soon. Later we can expect a short correction, and after it is finished the price may start moving downwards again while forming wave 3. 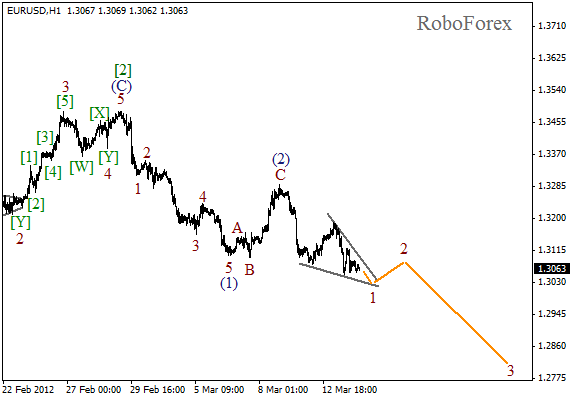