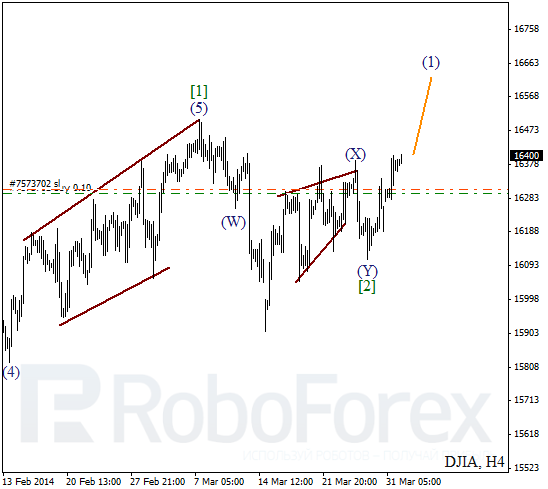 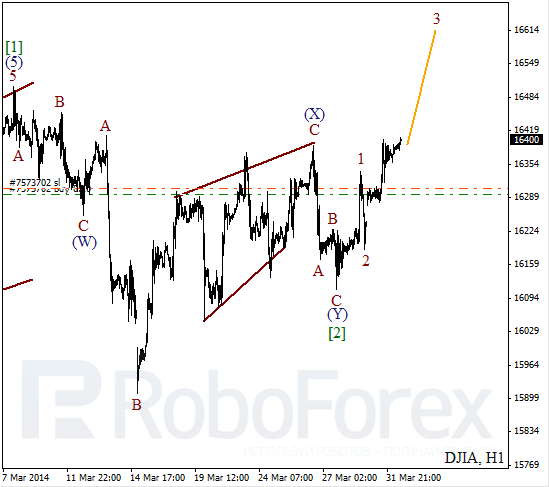 After completing initial impulse inside wave 1, Oil started new correction. Most likely, the second wave has been already completed and right now market is falling down inside the third one. I’ll move stop into the black right after instrument starts moving downwards. 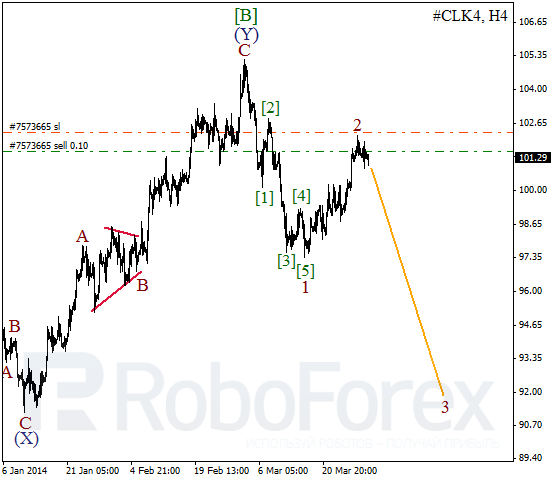 As we can see at the H1 chart, Oil formed zigzag pattern inside wave 2. On minor wave level, price completed bearish impulse inside wave (1). Probably, during the day instrument may start moving downwards inside the third wave. 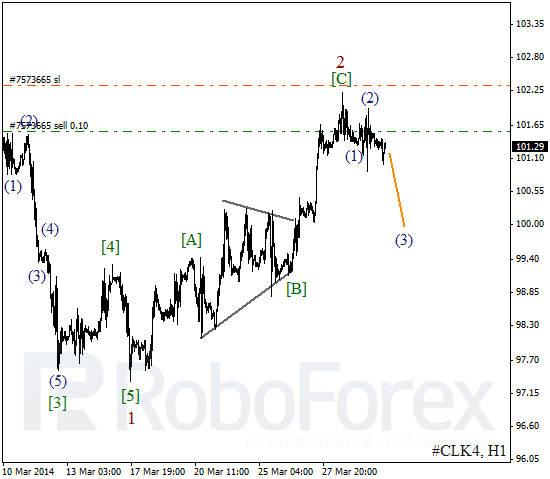