Probably, Index completed wave [2] in the form of double three pattern. On minor wave level, price is forming initial impulse inside wave (1). Stop on my yesterday’s buy order is already in the black. 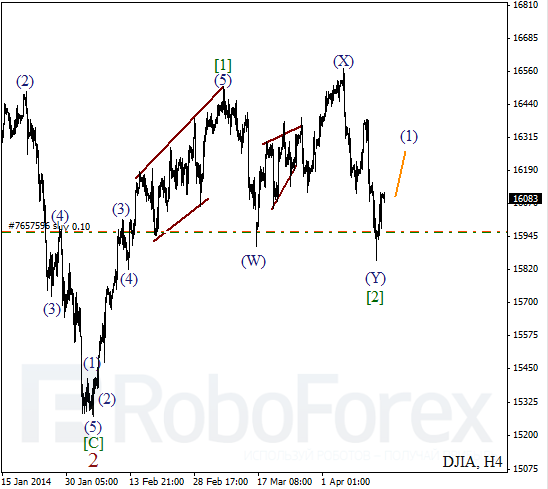 More detailed wave structure is shown on H1 chart. Wave (Y) took the form of zigzag pattern and then price formed bullish impulse inside the first wave. Most likely, Index will form extension inside the third wave during the day. 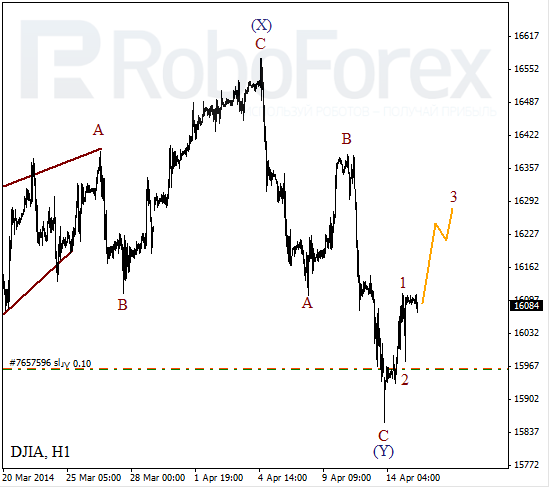 It looks like Oil is going to start fast and strong descending movement inside the third wave. Earlier, Oil formed bearish impulse inside wave 1, completed correction inside the second wave, and I decided to open my first sell order. I’m planning to increase my short position later during correction. 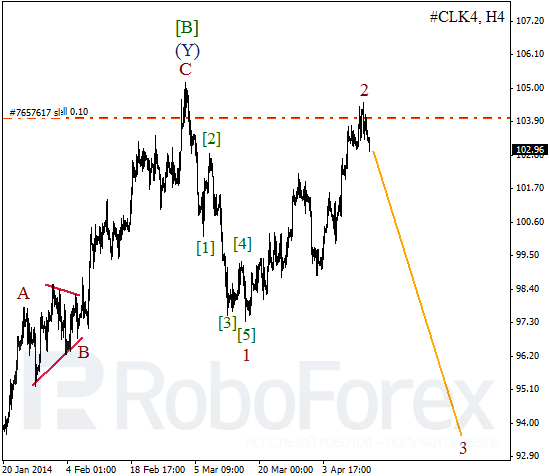 As we can see at the H1 chart, Oil completed impulse inside wave (C) and started forming initial descending impulse. Price may continue forming inside wave (1) on Tuesday, but in order to decrease risks I’ve moved stop into the black. 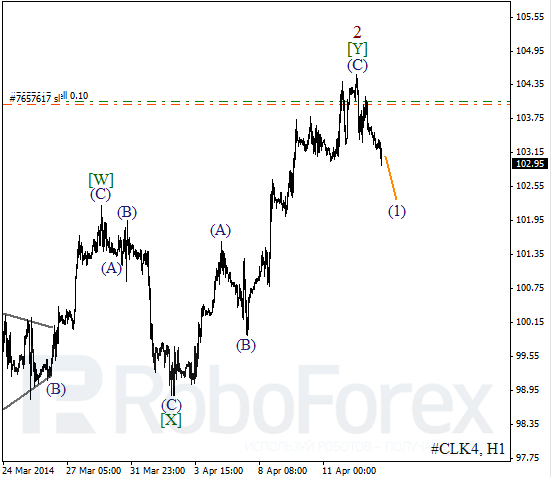