Probably, Index completed double three pattern inside wave [2]. On minor wave level, price is finishing the first ascending wave. After completing wave (2), instrument is expected to start growing up inside the third wave. 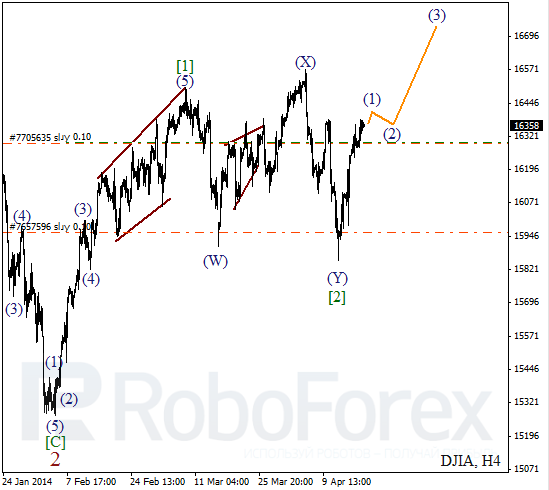 More detailed wave structure is shown on H1 chart. Price is finishing the fifth wave inside wave (1). Earlier, at the end of wave 4, I opened another buy order and have already moved stop into the black. In the near term, price is expected to start the second wave, which may take the form of zigzag pattern. 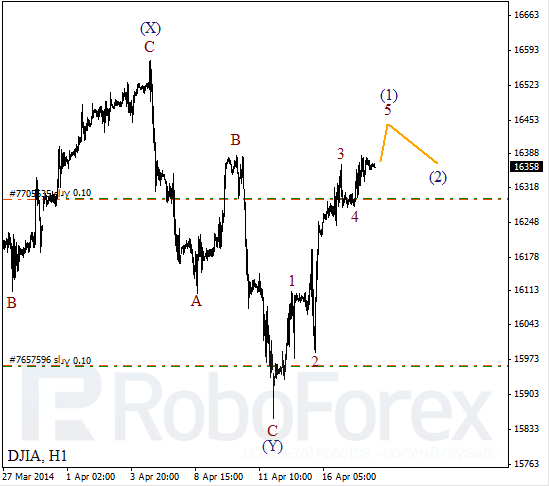 Probably, Oil finished wave 2. Earlier, price formed bearish impulse inside wave 1. I’ve got only one sell order so far, but as soon as market start falling down I’m planning to increase my short position. 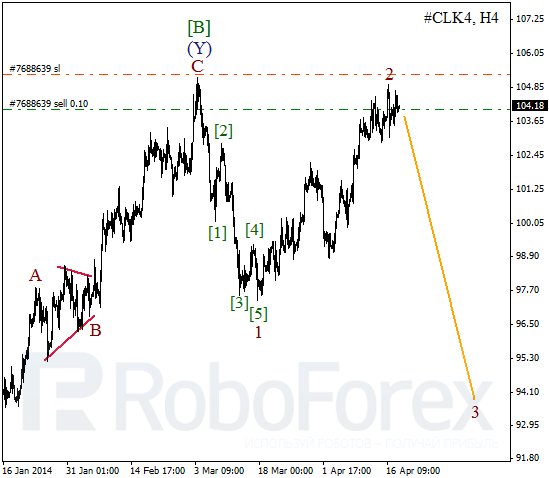 As we can see at the H1 chart, after completing zigzag pattern inside wave [Y], Oil formed initial bearish impulse inside wave (1). Possibly, in the beginning of this week price may break local minimum while forming the third wave. After that, I’ll move stop into the black. 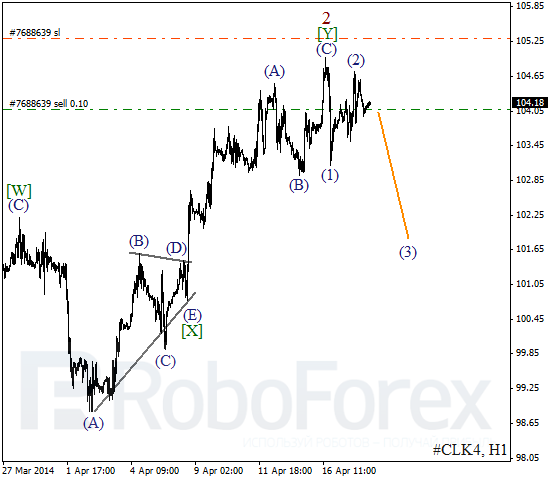