The price continues forming a descending impulse inside the third wave. On the minor wave level the pair is finishing wave (3). In the near term, we can expect the local correction, but after it is completed the price may start falling down again while forming wave (5) of [3]. 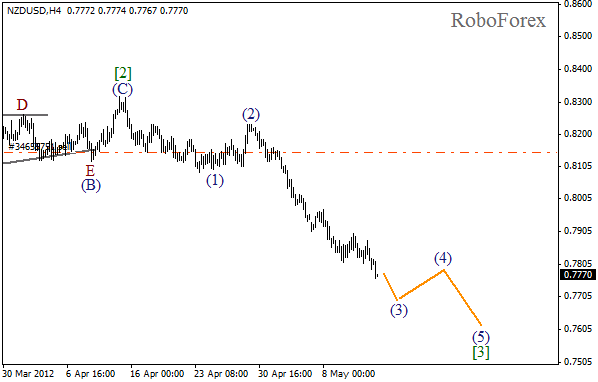 More detailed wave structure is shown on the H1 chart. As we can see, the price has formed an extension in wave 3 and currently is forming the fifth wave. In the near term we can expect the pair to complete the formation of an impulse in wave (3). 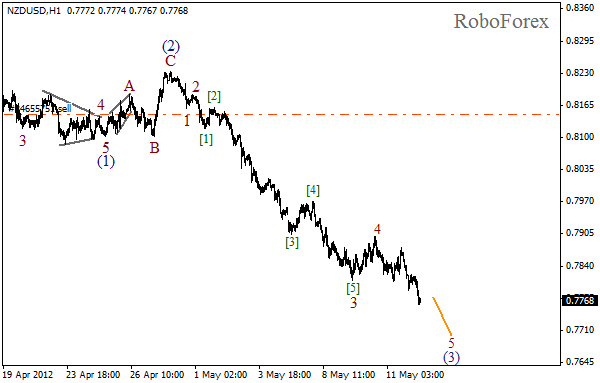 Euro is in the very middle of wave (3). On the minor wave level the price has finished wave 2 and right now is starting to form the third one. Most likely, the pair will continue falling down in the nearest future. The short-term target for the bears is at the level of 1.2600. 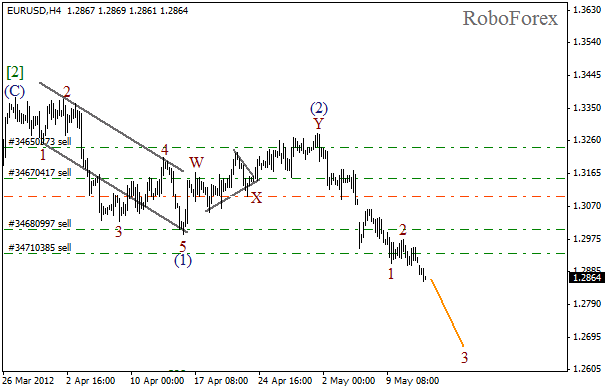 As we can see at the H1 chart, the price has just started forming wave 3. The pair is forming wave [1], which may be completed within the next several days. In the future we can expect the local correction, and after it is finished the price may continue moving downwards. 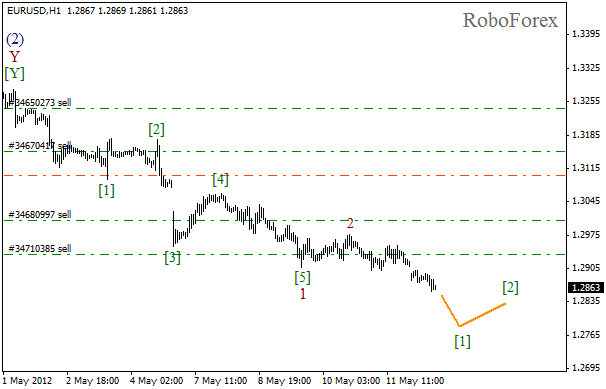