The current chart structure implies that the fourth wave is completed; it looks like the correction took the form of zigzag pattern. On the minor wave level, the price is forming an initial ascending impulse. I’m planning to increase my long positions if the price continues moving upwards. 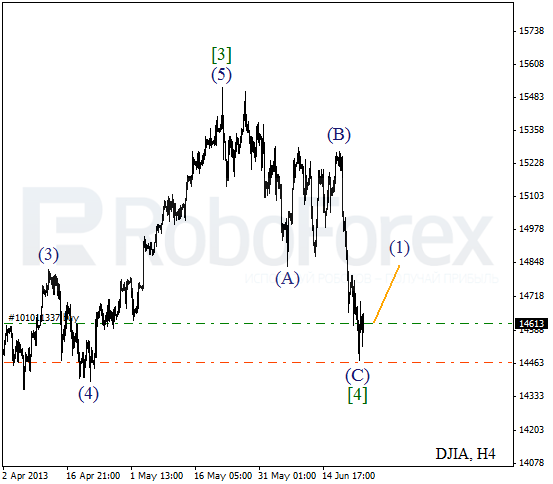 At the H1 chart we can see, that the Index finished a bearish impulse inside wave (C) and then formed an initial wave 1. Considering that the price completed a local correction as well, the instrument may start growing up during the day while forming the third wave. 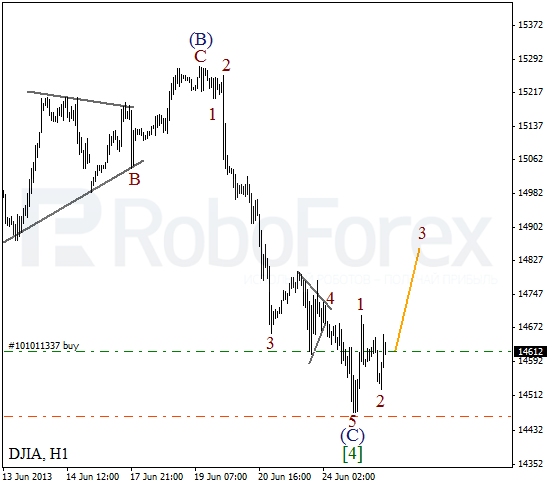 Oil completed forming an initial impulse inside wave [A]; right now the instrument is being corrected. The price may grow up a little bit inside wave [B] during the next several days, but later the bears are expected to return to the market. 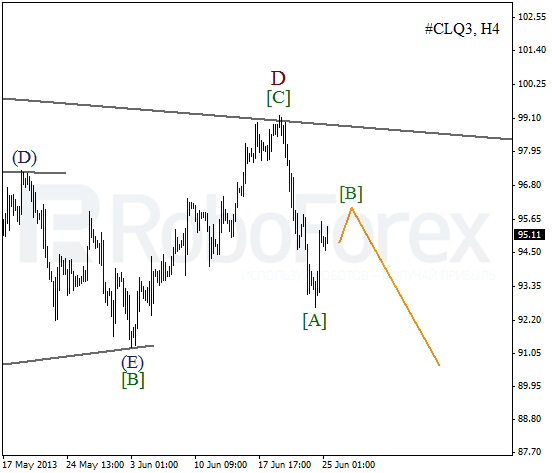 More detailed wave structure is shown on the H1 chart. It looks like the instrument is forming an ascending zigzag pattern inside wave [B]. There is a possibility that the price may move upwards a little bit during the day. 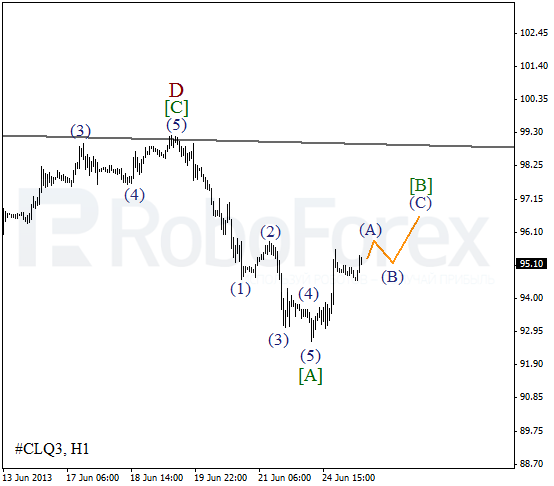