The Index is slowly getting closer to historic maximum. Most likely, the price will continue growing up during the next several days. The stop on my buy orders has already been moved into the black. 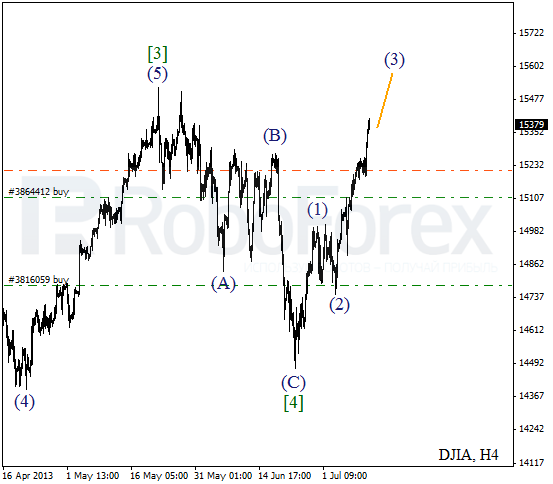 More detailed wave structure is shown on the H1 chart. The market is forming an extension inside the third wave. We can’t exclude a possibility that the bulls may reach the level of 15600 in the nearest future. 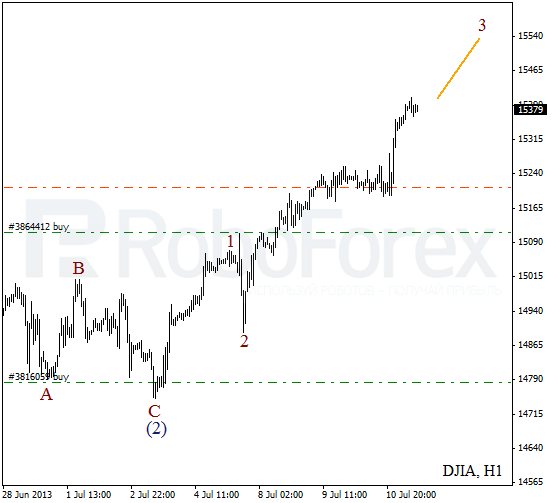 The current wave structure implies that Oil completed an extension inside wave (3). On the minor wave level, the price finished the fifth wave. In the future, the instrument is expected to start a correction inside the fourth wave. 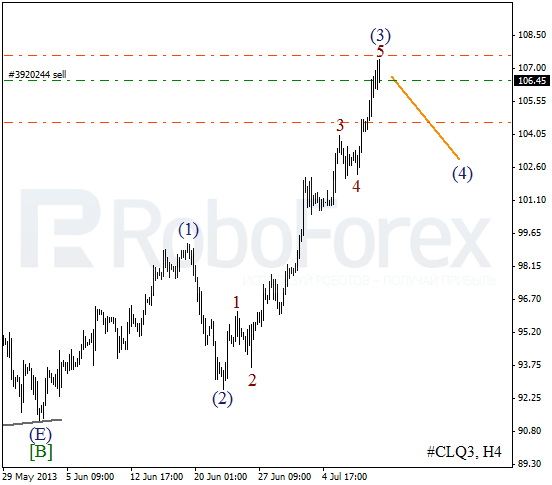 As we can see at the H1 chart, Oil completed a bullish impulse inside wave 5 of (3). Take profit on my buy order worked, so I’ve already opened a sell one. Later the price is expected to start forming a bearish impulse. 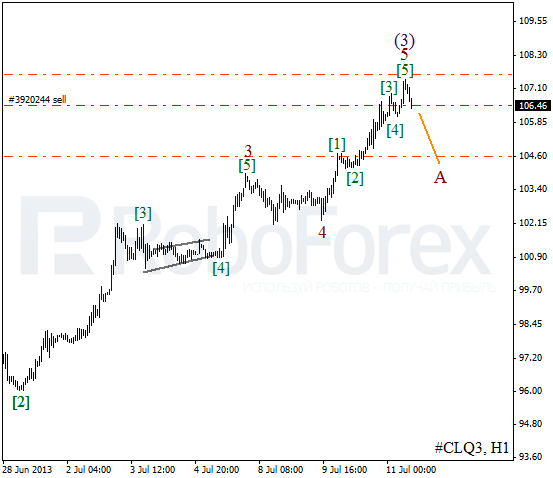