The price keeps falling down while forming wave (3) of [5]. Internal structure of the third wave is not completely formed yet, that’s why the price will most likely reach several new minimums. Short term forecast of the price movement is shown on the chart, we can expect the start of bearish trend. 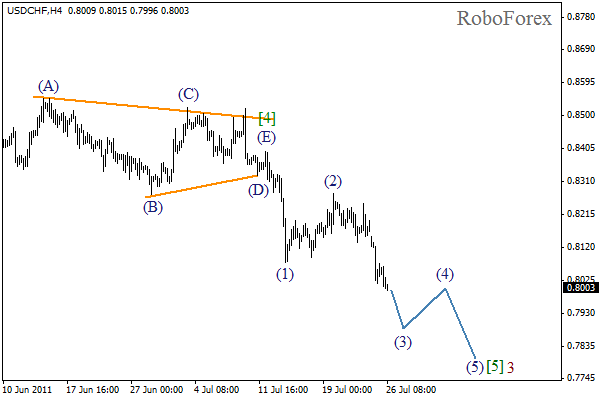 At the H1 chart wave 3, with the fifth wave inside it, is extending. This wave is about to be completed soon, the correction (wave 4) may start in the end of the day. However, the forecast is still bearish. 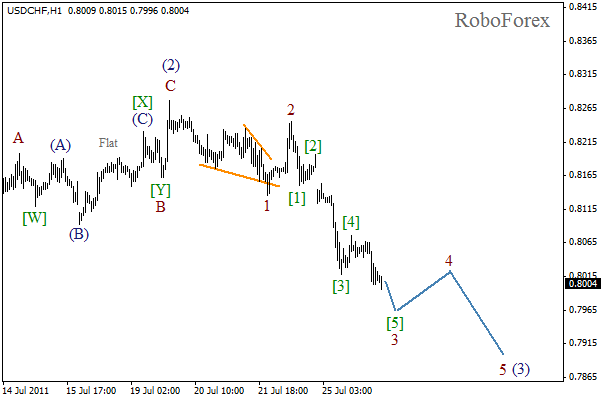 Initial wave [1], with the third wave inside it, continues. In the near term, we can expect the price to continue growing, and, most likely, the correction to start. The target of impulse inside wave [1] is the level of 1.47. 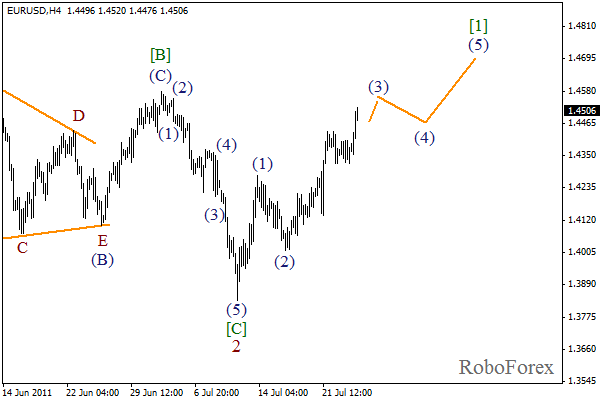 At the H1 chart of the pair we can see detailed markings of extension inside wave (3), with the completed fourth wave in the form of double three pattern. Wave (5) is being formed at the moment, its structure lacks several waves to be completed. The price may continue growing during the day. 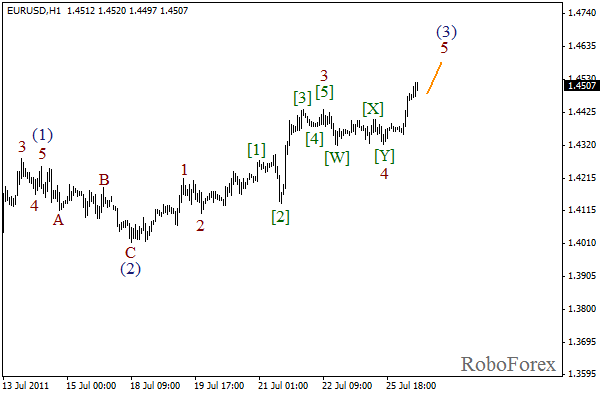