Impulse in wave 5 of (3) continues, as well as the fifth wave. Current wave structure let us suppose that the price may continue falling down. The forecast remains bearish. Most likely, impulse inside wave 5 will be completed within the current week. 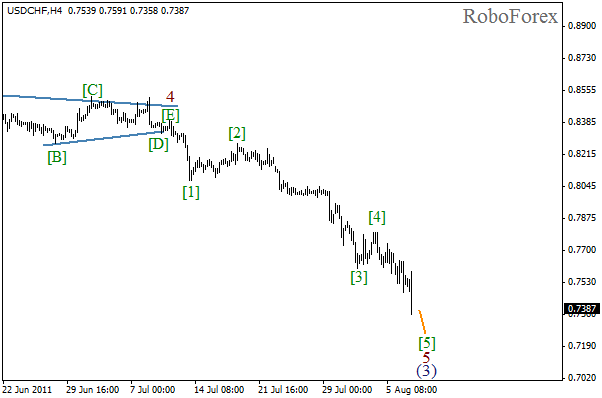 At the H1 chart we can see more detailed wave markings. After initial wedge pattern in wave [5] had been completed, the third wave started. As we can see from the forecast shown on the chart, the price may continue falling down. 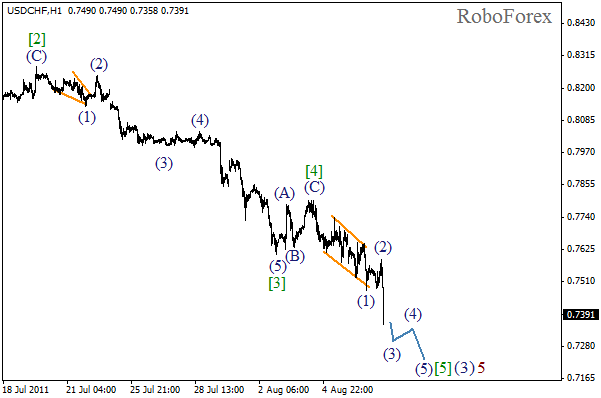 We may assume that after zigzag pattern in wave [2] had been completed, initial upward impulse was formed. Most probably, local correction has been finished and now we can see the formation of the third wave. The forecast remains bullish. We can expect the price to reach new maximum of wave (1) within the next several days. 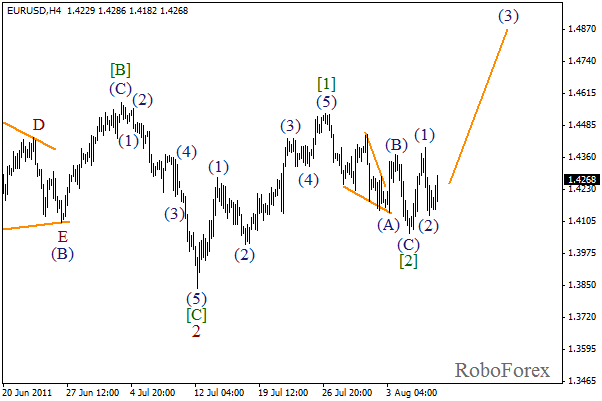 At the H1 chart we can see more detailed wave markings. Wave (2) was completed in the form of zigzag pattern. We may assume that the price formed bullish wedge pattern inside wave (3). The correction may start during the next several hours, and after the correction is finished, wave 3 may start. 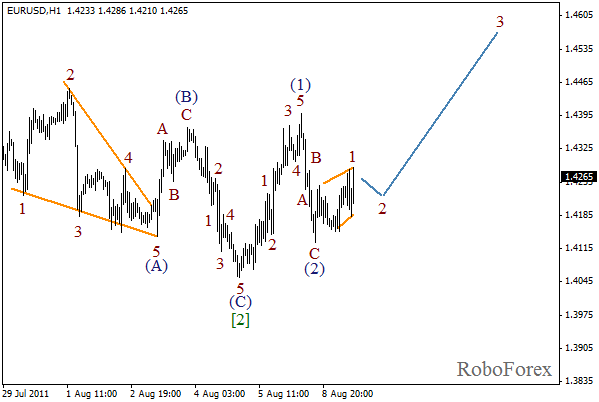