The price continues forming an initial descending impulse. Earlier wave 2 was finished in the form of zigzag pattern. The forecast of the price movement is still bearish. In the near term, we can expect the pair to continue moving downwards. 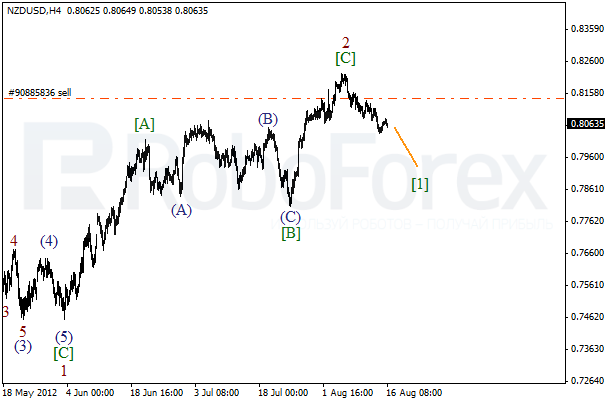 More detailed wave structure is shown on the H1 chart. It looks like the price is forming an extension inside wave (3). On the minor wave level the price is forming wave 2. Currently the local correction is taking place, but later we can expect the pair to continue falling down and form wave 3 of (3). 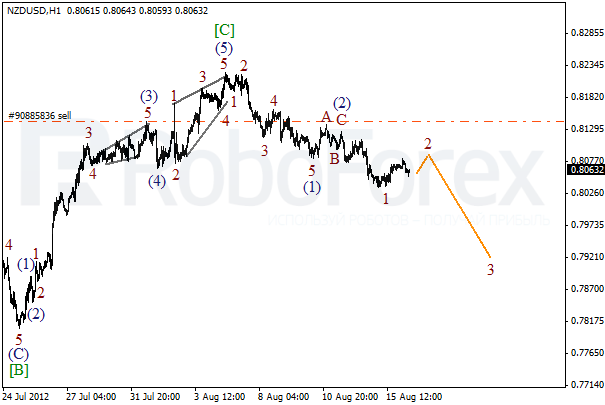 Wave [4] has been completed in the form of zigzag pattern. It looks like the price is forming wave [5] of 3 at the moment. Most likely, Euro will continue falling down and may reach a new local minimum during the next several weeks. 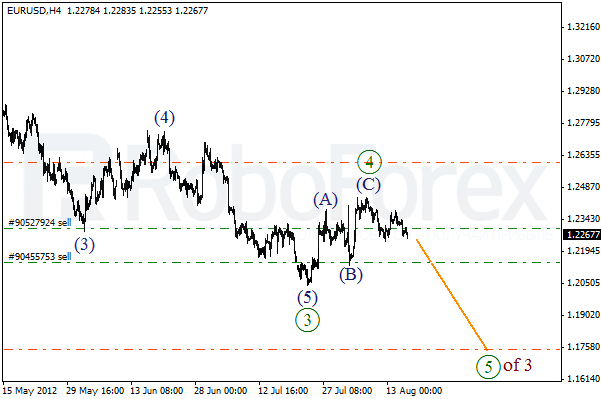 As we can see at the H1 chart, the pair has started forming wave (3). On the minor wave level Euro had finished forming an initial impulse inside wave 1. There is a possibility that the price may start the corrective movement during Thursday, but after that we can expect the pair to start falling down inside wave 3 of (3). 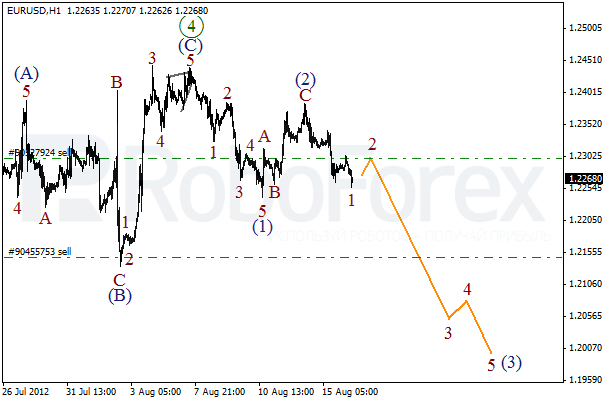