The Index continues forming a descending impulse inside wave [A]. On the minor wave level, the market finished the third wave. There is a possibility that the Instrument may start a local correction, but later the bears are expected to continue pushing the price downwards inside wave (5) of [A]. 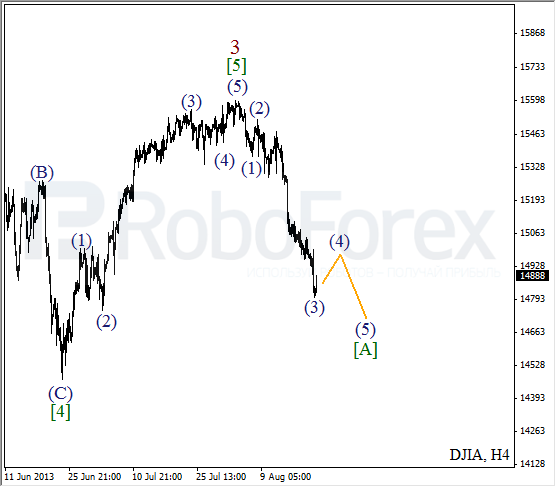 More detailed wave structure is shown on the H1 chart. It looks like the price completed a bearish impulse inside wave (3) and started a new correction. After the instrument finishes wave (4), I’m planning to start selling again. 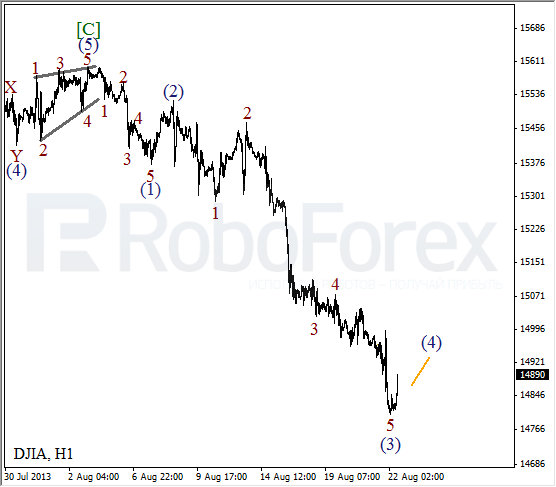 Oil is being corrected. We may assume that the price is forming wave (5) with the second wave inside it. During the next several day, the instrument is expected to start moving upwards inside a bullish wave 3 of (5). 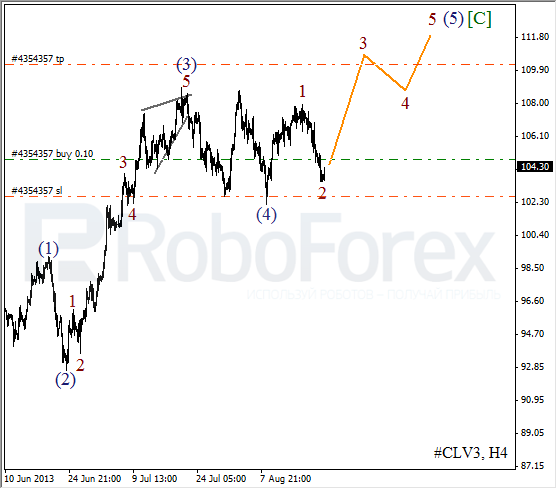 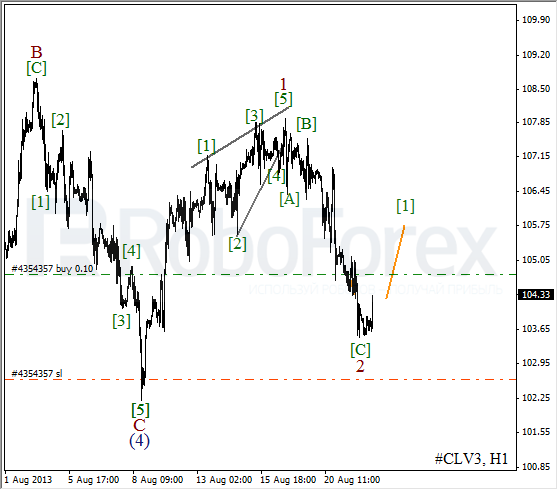