After competing zigzag pattern in wave 2, the price is forming several descending waves. We may assume that on the minor wave level the pair has completed wave (2). In the near term, we can expect New Zealand Dollar to start falling down and form the third wave. 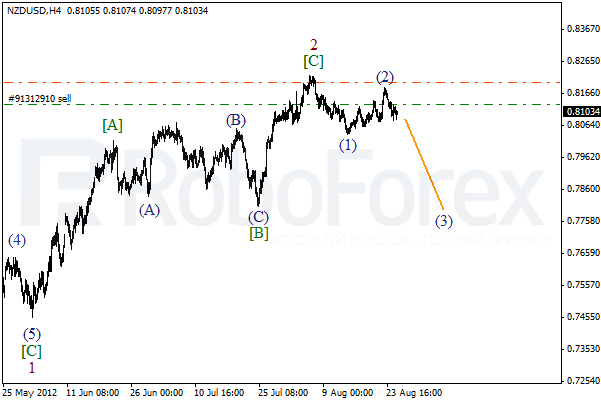 More detailed wave structure is shown on the H1 chart. The bears have formed an initial descending impulse inside wave 1. In the near term, we can expect the price to finish the corrective movement, start falling down inside the third wave and break the local minimum. 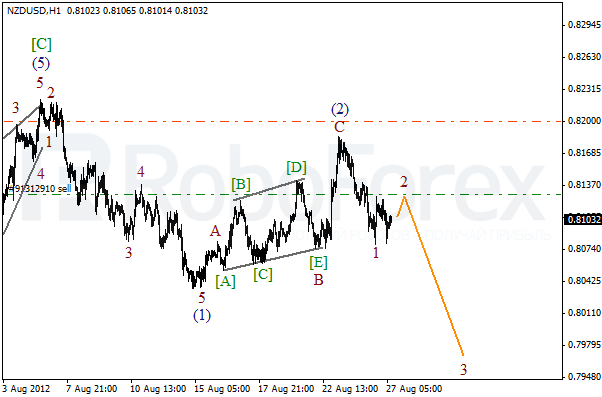 It looks like zigzag pattern inside wave [4] has been finally completed. In the future we can expect the price to start falling down and form wave [5] of 3. The main target the level of 1.1800, the market may reach it may the middle of September. 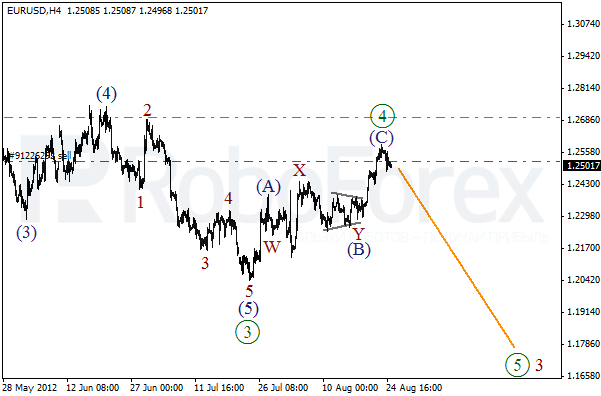 As we can see at the H1 chart, after completing an impulse inside wave (C), the price has finished an initial wave 1. Currently Euro is forming the second wave. In the near term, we can expect the local correction to be finished and then the price to start forming the third wave. 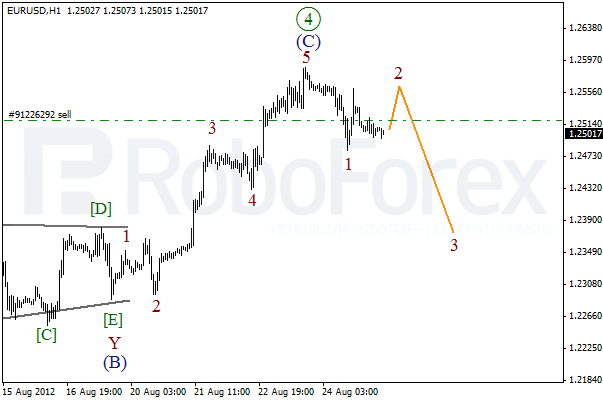